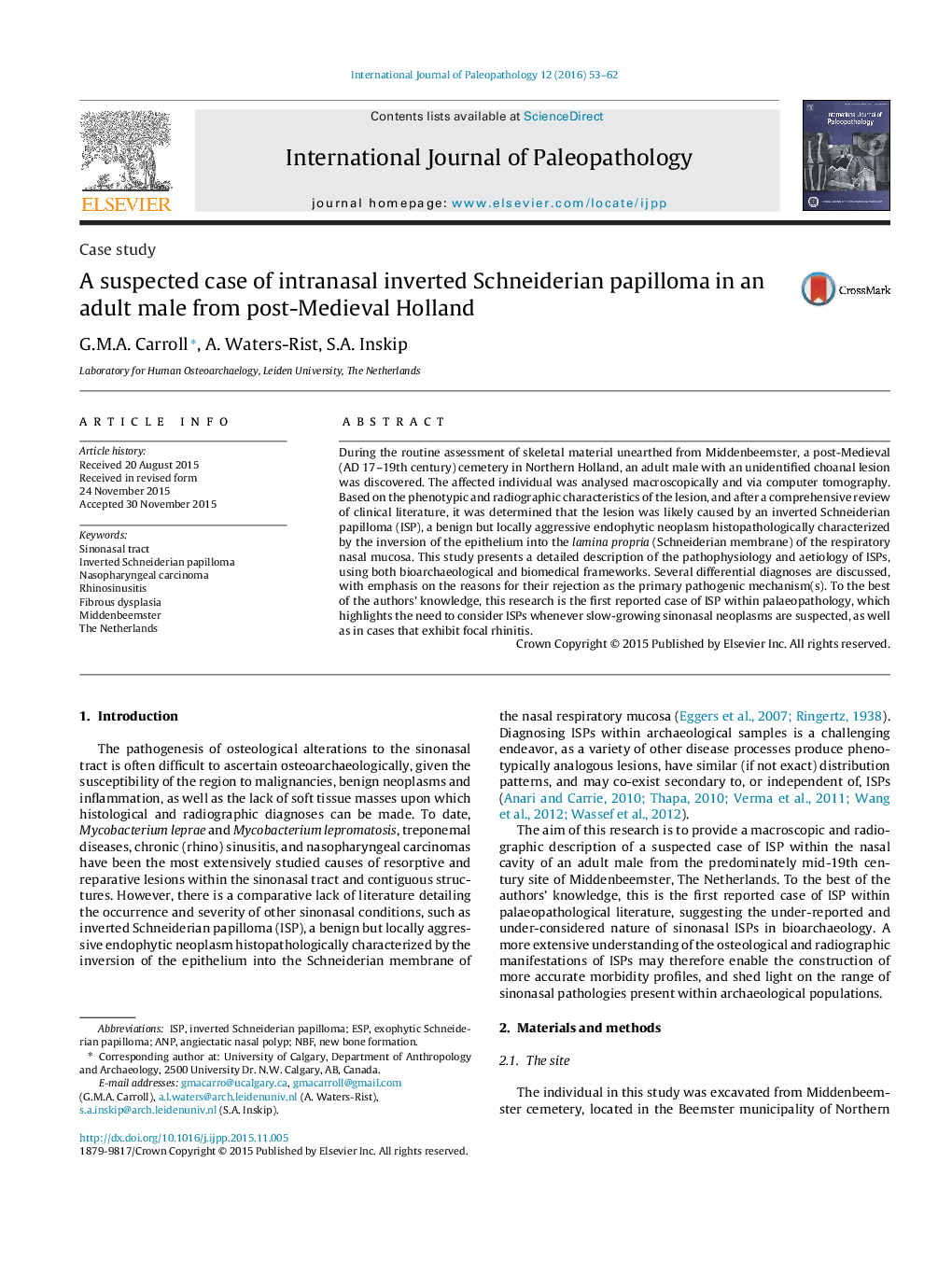 During the routine assessment of skeletal material unearthed from Middenbeemster, a post-Medieval (AD 17–19th century) cemetery in Northern Holland, an adult male with an unidentified choanal lesion was discovered. The affected individual was analysed macroscopically and via computer tomography. Based on the phenotypic and radiographic characteristics of the lesion, and after a comprehensive review of clinical literature, it was determined that the lesion was likely caused by an inverted Schneiderian papilloma (ISP), a benign but locally aggressive endophytic neoplasm histopathologically characterized by the inversion of the epithelium into the lamina propria (Schneiderian membrane) of the respiratory nasal mucosa. This study presents a detailed description of the pathophysiology and aetiology of ISPs, using both bioarchaeological and biomedical frameworks. Several differential diagnoses are discussed, with emphasis on the reasons for their rejection as the primary pathogenic mechanism(s). To the best of the authors’ knowledge, this research is the first reported case of ISP within palaeopathology, which highlights the need to consider ISPs whenever slow-growing sinonasal neoplasms are suspected, as well as in cases that exhibit focal rhinitis.