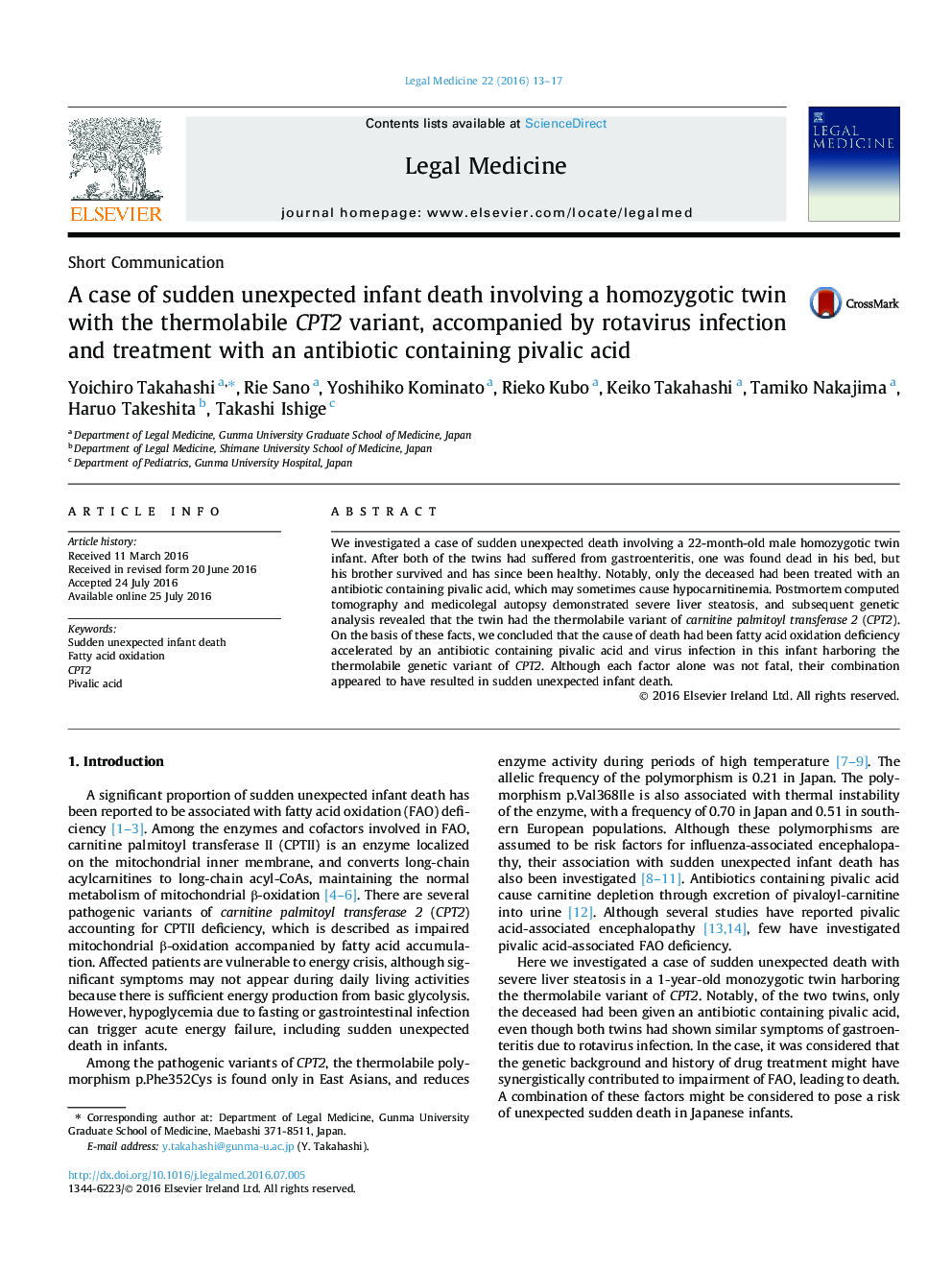 • One of homozygote-twin was unexpectedly dead, while his brother has survived.
• Both twin had thermolabile variant of CPT2.
• Only the deceased was prescribed with an antibiotic containing pivalic acid.
• The autopsy suggested that the cause of death was fatty acid oxidation disorder.
• A combination of these factors might be a risk of unexpected sudden death.

We investigated a case of sudden unexpected death involving a 22-month-old male homozygotic twin infant. After both of the twins had suffered from gastroenteritis, one was found dead in his bed, but his brother survived and has since been healthy. Notably, only the deceased had been treated with an antibiotic containing pivalic acid, which may sometimes cause hypocarnitinemia. Postmortem computed tomography and medicolegal autopsy demonstrated severe liver steatosis, and subsequent genetic analysis revealed that the twin had the thermolabile variant of carnitine palmitoyl transferase 2 (CPT2). On the basis of these facts, we concluded that the cause of death had been fatty acid oxidation deficiency accelerated by an antibiotic containing pivalic acid and virus infection in this infant harboring the thermolabile genetic variant of CPT2. Although each factor alone was not fatal, their combination appeared to have resulted in sudden unexpected infant death.