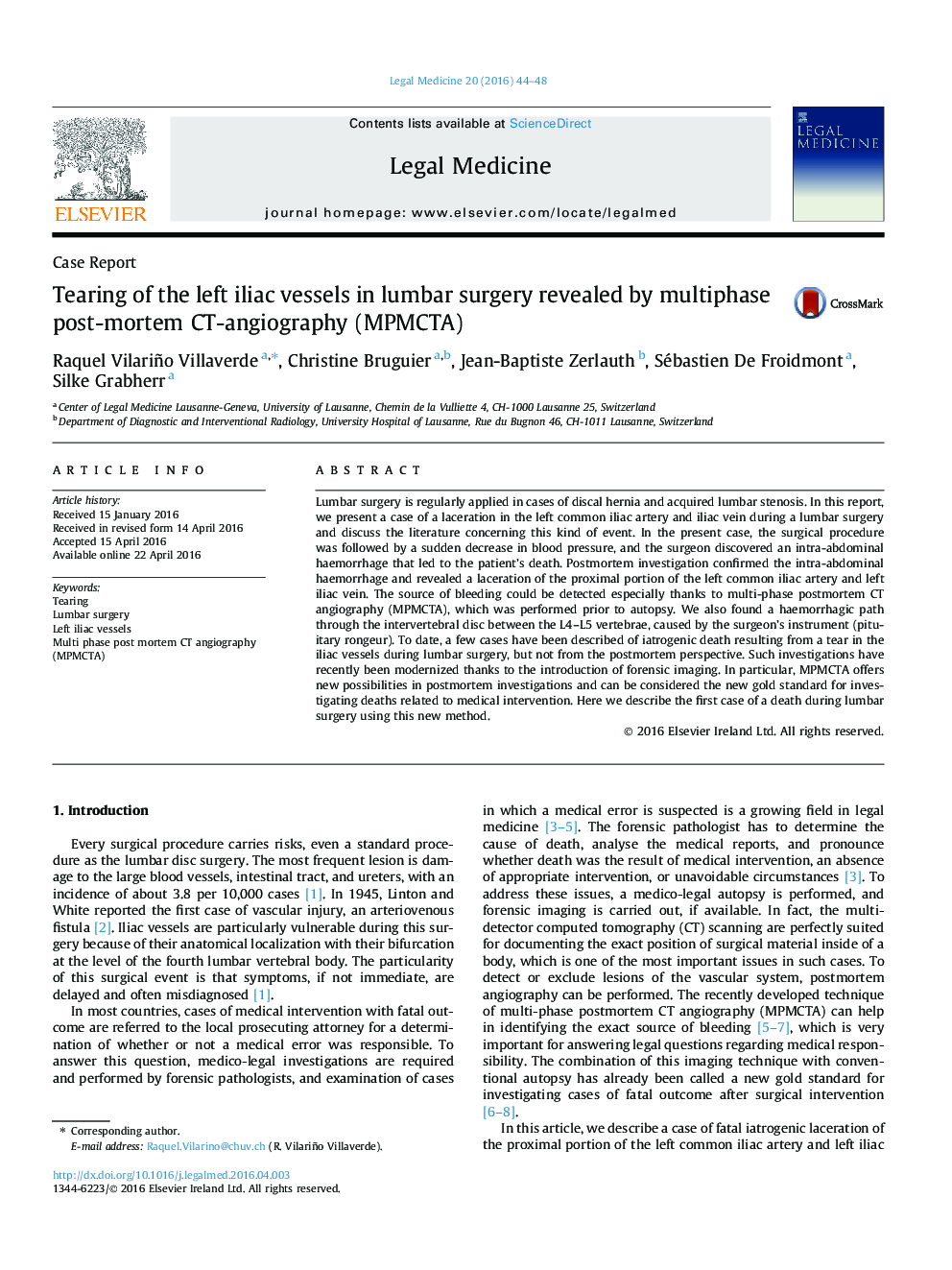 Lumbar surgery is regularly applied in cases of discal hernia and acquired lumbar stenosis. In this report, we present a case of a laceration in the left common iliac artery and iliac vein during a lumbar surgery and discuss the literature concerning this kind of event. In the present case, the surgical procedure was followed by a sudden decrease in blood pressure, and the surgeon discovered an intra-abdominal haemorrhage that led to the patient’s death. Postmortem investigation confirmed the intra-abdominal haemorrhage and revealed a laceration of the proximal portion of the left common iliac artery and left iliac vein. The source of bleeding could be detected especially thanks to multi-phase postmortem CT angiography (MPMCTA), which was performed prior to autopsy. We also found a haemorrhagic path through the intervertebral disc between the L4–L5 vertebrae, caused by the surgeon’s instrument (pituitary rongeur). To date, a few cases have been described of iatrogenic death resulting from a tear in the iliac vessels during lumbar surgery, but not from the postmortem perspective. Such investigations have recently been modernized thanks to the introduction of forensic imaging. In particular, MPMCTA offers new possibilities in postmortem investigations and can be considered the new gold standard for investigating deaths related to medical intervention. Here we describe the first case of a death during lumbar surgery using this new method.