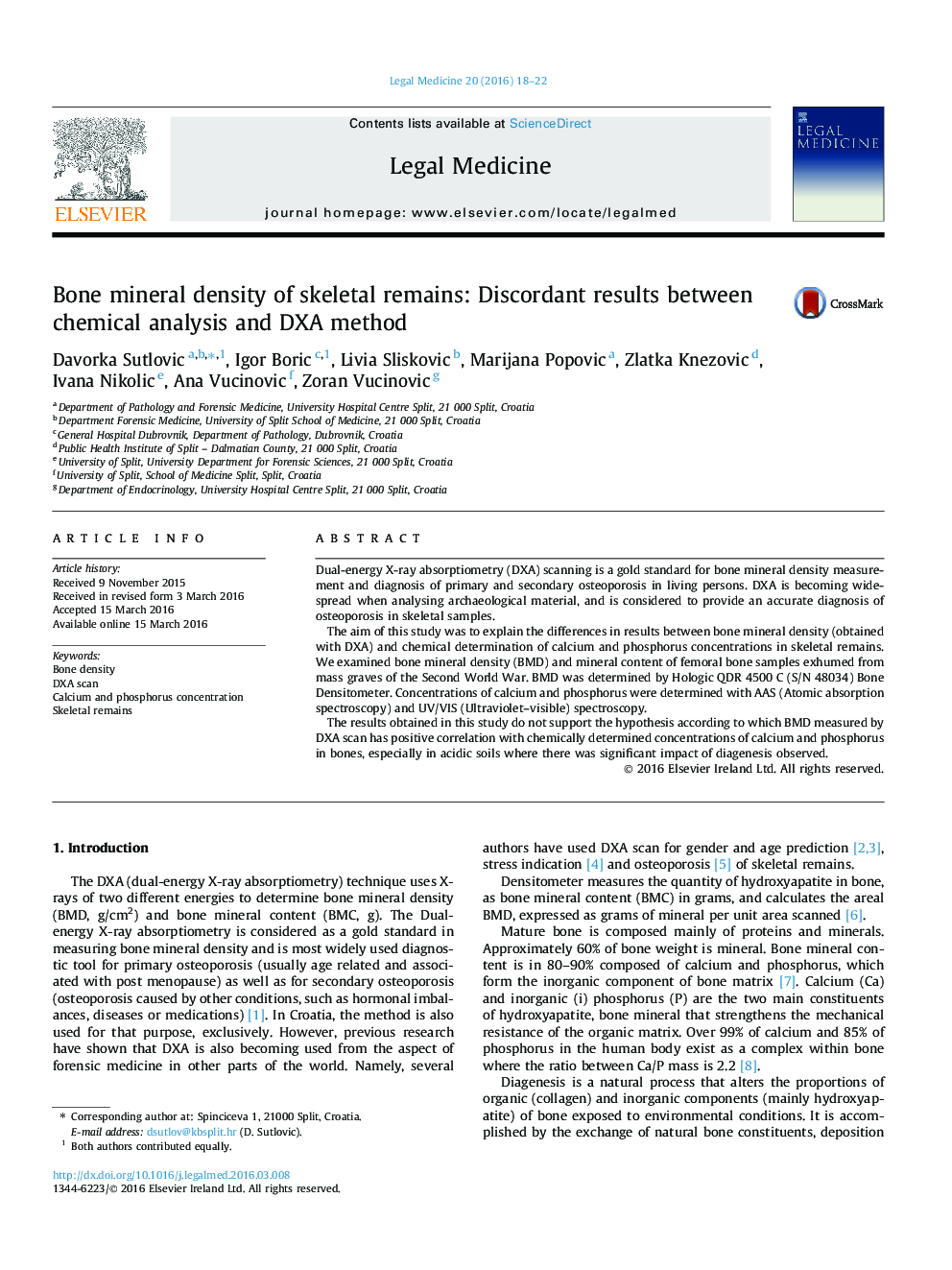 • BMD and Ca/P ratio of bones from the mass graves of World War II were determined.
• BMD values were measured with Dual-energy X-ray absorptiometry (DXA).
• Ca and P concentrations were measured by chemical analysis using mass spectrometry.
• There is no positive correlation in BMD values correlated with Ca and P in bones.
• Necessity of chemical determination of Ca/P ratio when analysing skeleton remains?

Dual-energy X-ray absorptiometry (DXA) scanning is a gold standard for bone mineral density measurement and diagnosis of primary and secondary osteoporosis in living persons. DXA is becoming widespread when analysing archaeological material, and is considered to provide an accurate diagnosis of osteoporosis in skeletal samples.The aim of this study was to explain the differences in results between bone mineral density (obtained with DXA) and chemical determination of calcium and phosphorus concentrations in skeletal remains. We examined bone mineral density (BMD) and mineral content of femoral bone samples exhumed from mass graves of the Second World War. BMD was determined by Hologic QDR 4500 C (S/N 48034) Bone Densitometer. Concentrations of calcium and phosphorus were determined with AAS (Atomic absorption spectroscopy) and UV/VIS (Ultraviolet–visible) spectroscopy.The results obtained in this study do not support the hypothesis according to which BMD measured by DXA scan has positive correlation with chemically determined concentrations of calcium and phosphorus in bones, especially in acidic soils where there was significant impact of diagenesis observed.