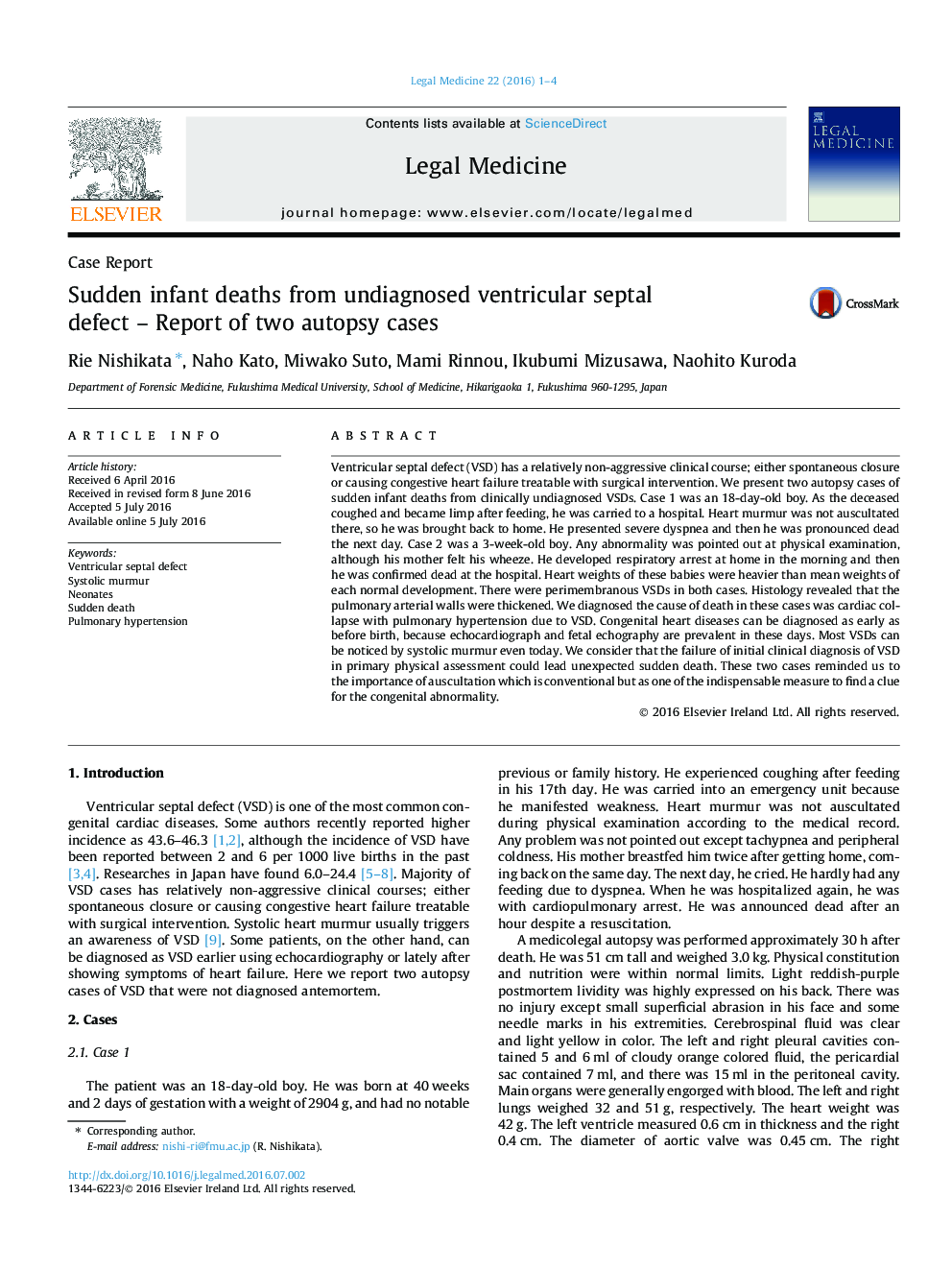 • Two neonatal autopsy cases of ventricular septal defect are reported.
• Histology revealed pulmonary hypertension of the lungs.
• Failure of initial diagnosis of congenital heart disease could lead sudden death.
• These two cases reminded us to the importance of auscultation.

Ventricular septal defect (VSD) has a relatively non-aggressive clinical course; either spontaneous closure or causing congestive heart failure treatable with surgical intervention. We present two autopsy cases of sudden infant deaths from clinically undiagnosed VSDs. Case 1 was an 18-day-old boy. As the deceased coughed and became limp after feeding, he was carried to a hospital. Heart murmur was not auscultated there, so he was brought back to home. He presented severe dyspnea and then he was pronounced dead the next day. Case 2 was a 3-week-old boy. Any abnormality was pointed out at physical examination, although his mother felt his wheeze. He developed respiratory arrest at home in the morning and then he was confirmed dead at the hospital. Heart weights of these babies were heavier than mean weights of each normal development. There were perimembranous VSDs in both cases. Histology revealed that the pulmonary arterial walls were thickened. We diagnosed the cause of death in these cases was cardiac collapse with pulmonary hypertension due to VSD. Congenital heart diseases can be diagnosed as early as before birth, because echocardiograph and fetal echography are prevalent in these days. Most VSDs can be noticed by systolic murmur even today. We consider that the failure of initial clinical diagnosis of VSD in primary physical assessment could lead unexpected sudden death. These two cases reminded us to the importance of auscultation which is conventional but as one of the indispensable measure to find a clue for the congenital abnormality.