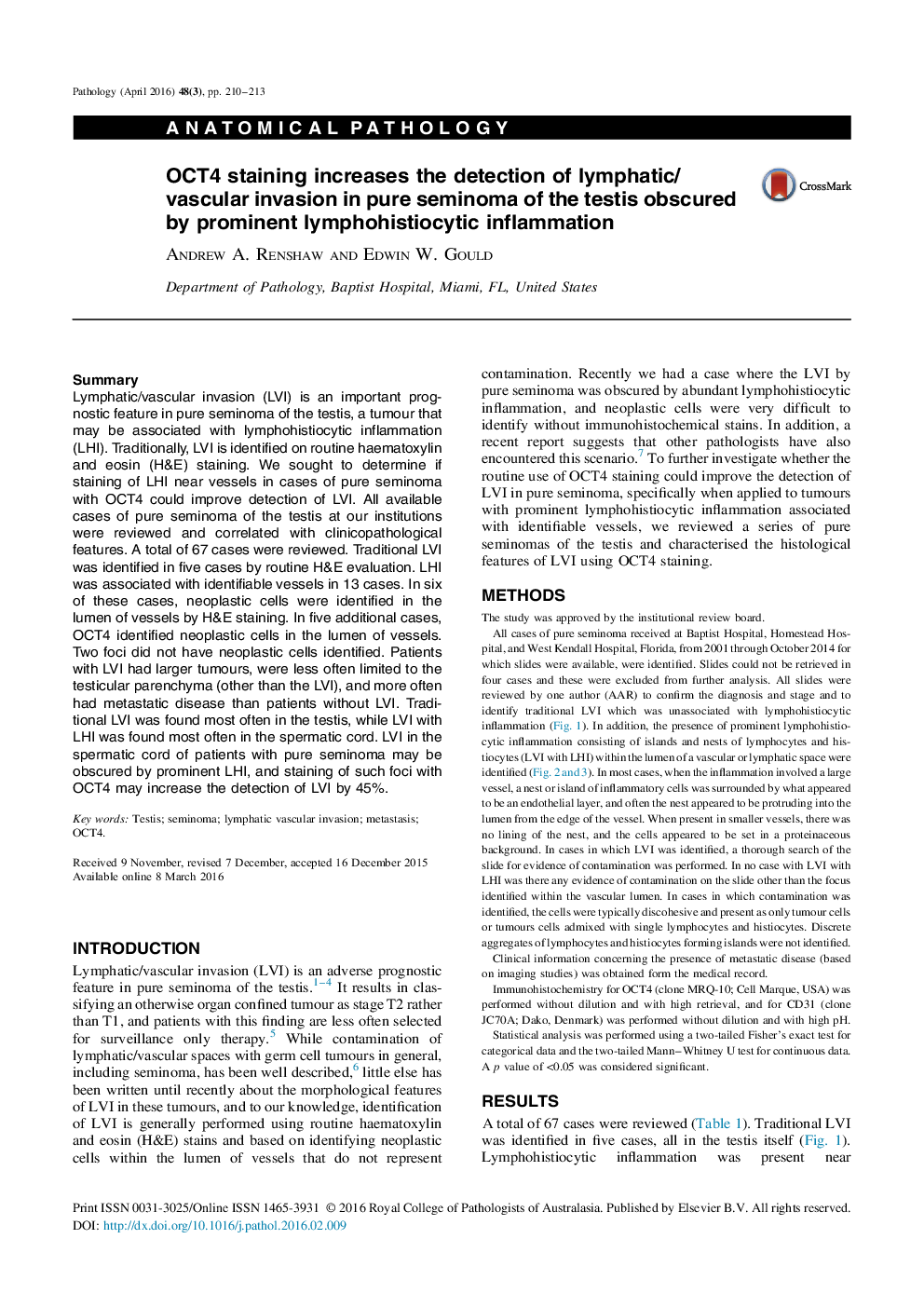 SummaryLymphatic/vascular invasion (LVI) is an important prognostic feature in pure seminoma of the testis, a tumour that may be associated with lymphohistiocytic inflammation (LHI). Traditionally, LVI is identified on routine haematoxylin and eosin (H&E) staining. We sought to determine if staining of LHI near vessels in cases of pure seminoma with OCT4 could improve detection of LVI. All available cases of pure seminoma of the testis at our institutions were reviewed and correlated with clinicopathological features. A total of 67 cases were reviewed. Traditional LVI was identified in five cases by routine H&E evaluation. LHI was associated with identifiable vessels in 13 cases. In six of these cases, neoplastic cells were identified in the lumen of vessels by H&E staining. In five additional cases, OCT4 identified neoplastic cells in the lumen of vessels. Two foci did not have neoplastic cells identified. Patients with LVI had larger tumours, were less often limited to the testicular parenchyma (other than the LVI), and more often had metastatic disease than patients without LVI. Traditional LVI was found most often in the testis, while LVI with LHI was found most often in the spermatic cord. LVI in the spermatic cord of patients with pure seminoma may be obscured by prominent LHI, and staining of such foci with OCT4 may increase the detection of LVI by 45%.