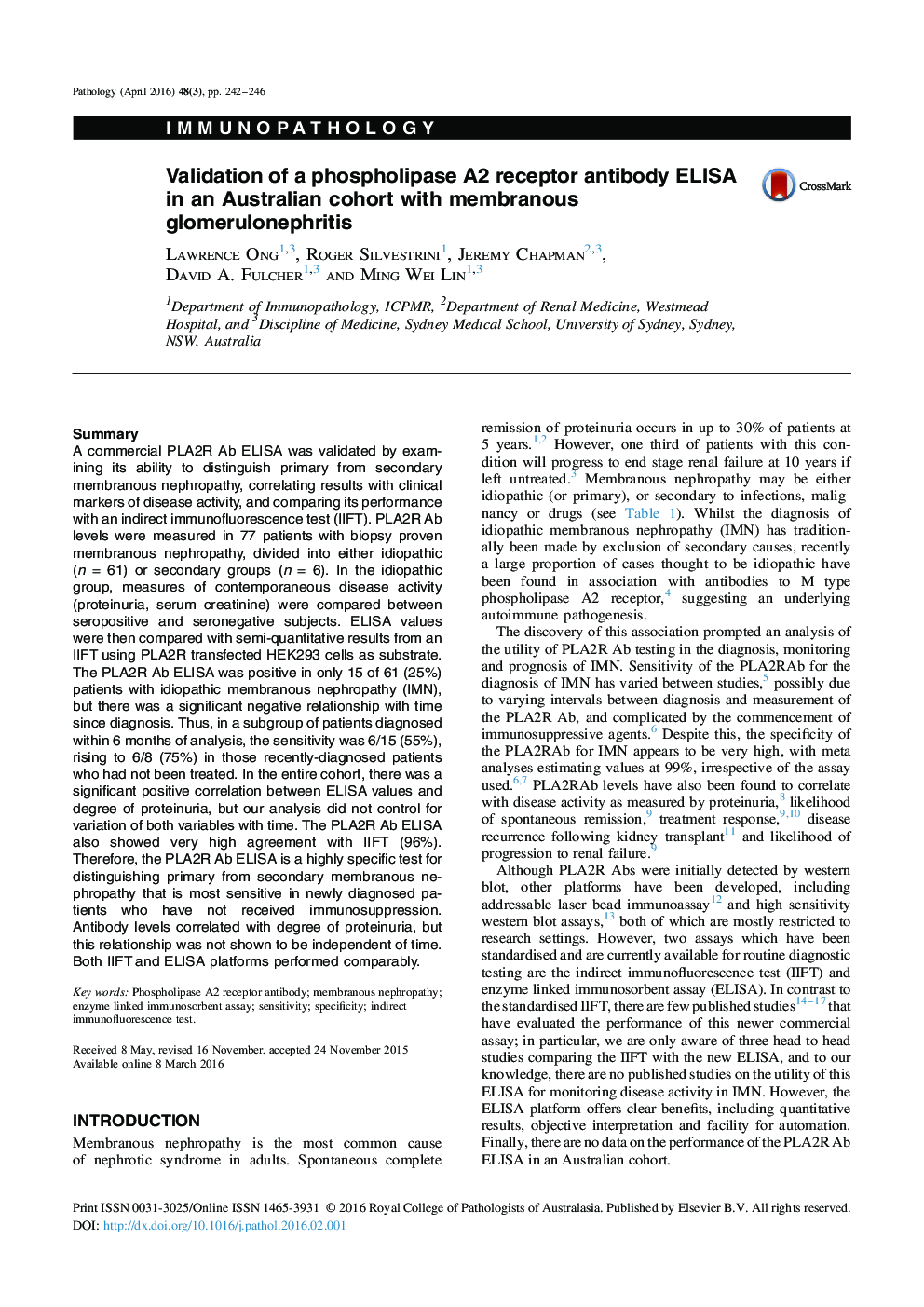 SummaryA commercial PLA2R Ab ELISA was validated by examining its ability to distinguish primary from secondary membranous nephropathy, correlating results with clinical markers of disease activity, and comparing its performance with an indirect immunofluorescence test (IIFT). PLA2R Ab levels were measured in 77 patients with biopsy proven membranous nephropathy, divided into either idiopathic (n = 61) or secondary groups (n = 6). In the idiopathic group, measures of contemporaneous disease activity (proteinuria, serum creatinine) were compared between seropositive and seronegative subjects. ELISA values were then compared with semi-quantitative results from an IIFT using PLA2R transfected HEK293 cells as substrate. The PLA2R Ab ELISA was positive in only 15 of 61 (25%) patients with idiopathic membranous nephropathy (IMN), but there was a significant negative relationship with time since diagnosis. Thus, in a subgroup of patients diagnosed within 6 months of analysis, the sensitivity was 6/15 (55%), rising to 6/8 (75%) in those recently-diagnosed patients who had not been treated. In the entire cohort, there was a significant positive correlation between ELISA values and degree of proteinuria, but our analysis did not control for variation of both variables with time. The PLA2R Ab ELISA also showed very high agreement with IIFT (96%). Therefore, the PLA2R Ab ELISA is a highly specific test for distinguishing primary from secondary membranous nephropathy that is most sensitive in newly diagnosed patients who have not received immunosuppression. Antibody levels correlated with degree of proteinuria, but this relationship was not shown to be independent of time. Both IIFT and ELISA platforms performed comparably.