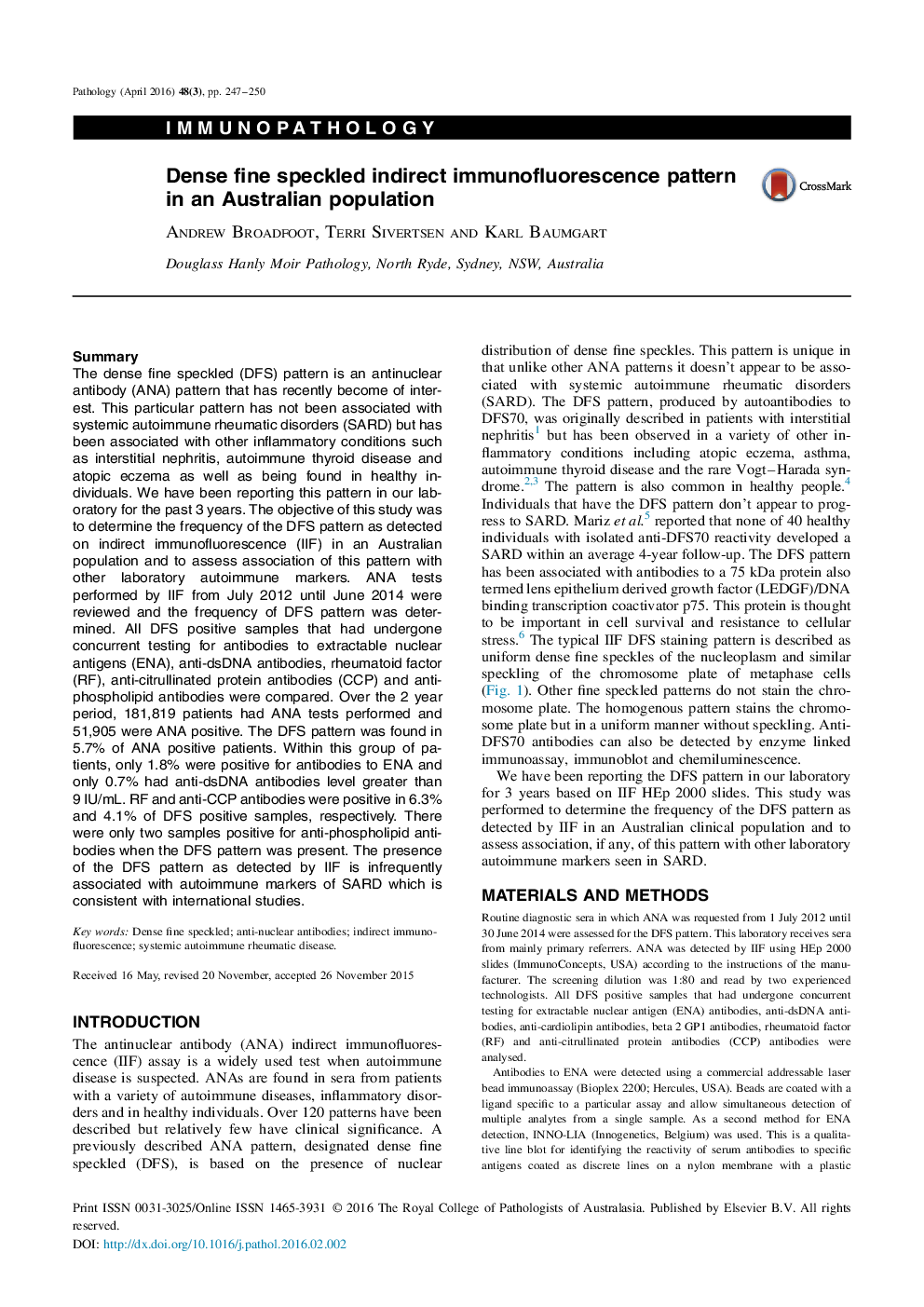 SummaryThe dense fine speckled (DFS) pattern is an antinuclear antibody (ANA) pattern that has recently become of interest. This particular pattern has not been associated with systemic autoimmune rheumatic disorders (SARD) but has been associated with other inflammatory conditions such as interstitial nephritis, autoimmune thyroid disease and atopic eczema as well as being found in healthy individuals. We have been reporting this pattern in our laboratory for the past 3 years. The objective of this study was to determine the frequency of the DFS pattern as detected on indirect immunofluorescence (IIF) in an Australian population and to assess association of this pattern with other laboratory autoimmune markers. ANA tests performed by IIF from July 2012 until June 2014 were reviewed and the frequency of DFS pattern was determined. All DFS positive samples that had undergone concurrent testing for antibodies to extractable nuclear antigens (ENA), anti-dsDNA antibodies, rheumatoid factor (RF), anti-citrullinated protein antibodies (CCP) and anti- phospholipid antibodies were compared. Over the 2 year period, 181,819 patients had ANA tests performed and 51,905 were ANA positive. The DFS pattern was found in 5.7% of ANA positive patients. Within this group of patients, only 1.8% were positive for antibodies to ENA and only 0.7% had anti-dsDNA antibodies level greater than 9 IU/mL. RF and anti-CCP antibodies were positive in 6.3% and 4.1% of DFS positive samples, respectively. There were only two samples positive for anti-phospholipid antibodies when the DFS pattern was present. The presence of the DFS pattern as detected by IIF is infrequently associated with autoimmune markers of SARD which is consistent with international studies.