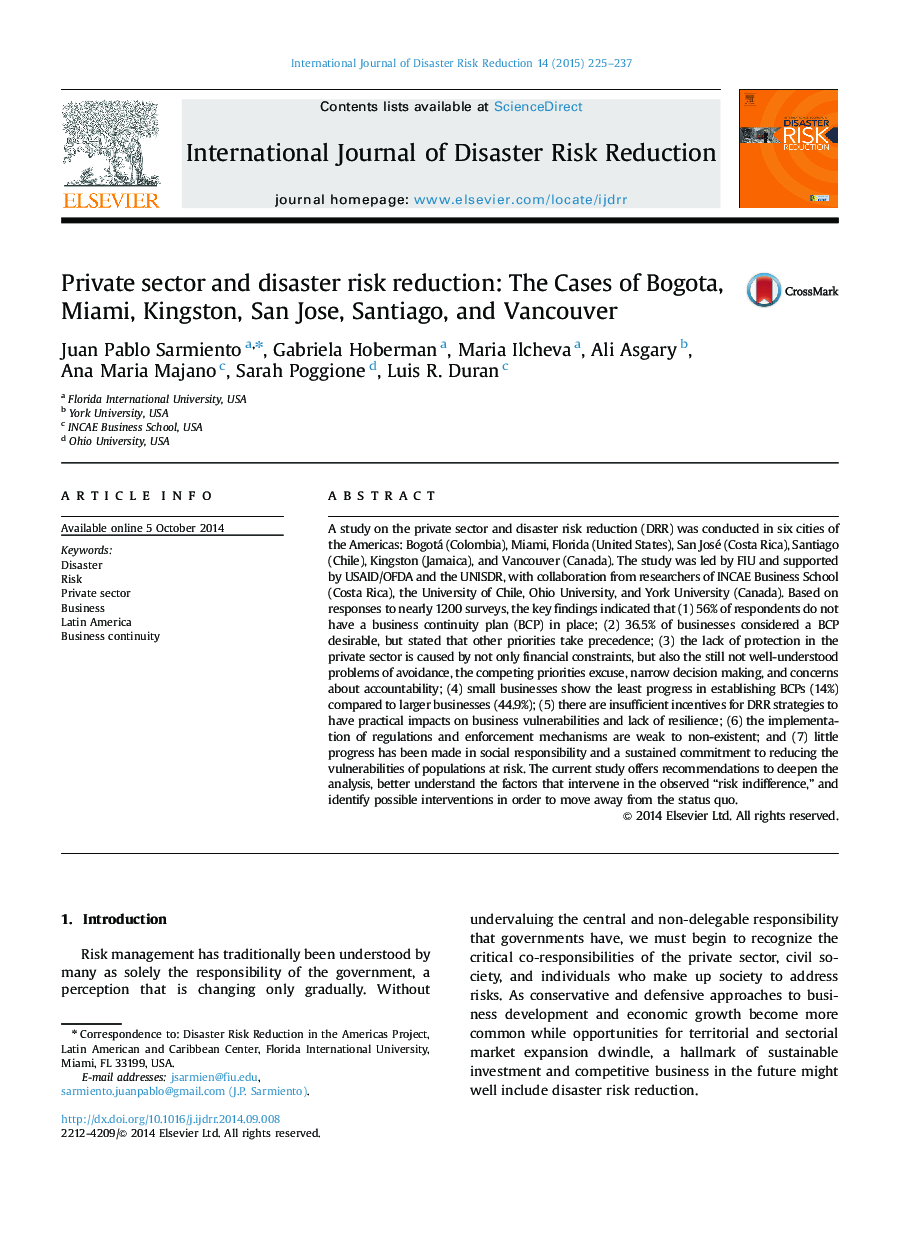 A study on the private sector and disaster risk reduction (DRR) was conducted in six cities of the Americas: Bogotá (Colombia), Miami, Florida (United States), San José (Costa Rica), Santiago (Chile), Kingston (Jamaica), and Vancouver (Canada). The study was led by FIU and supported by USAID/OFDA and the UNISDR, with collaboration from researchers of INCAE Business School (Costa Rica), the University of Chile, Ohio University, and York University (Canada). Based on responses to nearly 1200 surveys, the key findings indicated that (1) 56% of respondents do not have a business continuity plan (BCP) in place; (2) 36.5% of businesses considered a BCP desirable, but stated that other priorities take precedence; (3) the lack of protection in the private sector is caused by not only financial constraints, but also the still not well-understood problems of avoidance, the competing priorities excuse, narrow decision making, and concerns about accountability; (4) small businesses show the least progress in establishing BCPs (14%) compared to larger businesses (44.9%); (5) there are insufficient incentives for DRR strategies to have practical impacts on business vulnerabilities and lack of resilience; (6) the implementation of regulations and enforcement mechanisms are weak to non-existent; and (7) little progress has been made in social responsibility and a sustained commitment to reducing the vulnerabilities of populations at risk. The current study offers recommendations to deepen the analysis, better understand the factors that intervene in the observed “risk indifference,” and identify possible interventions in order to move away from the status quo.