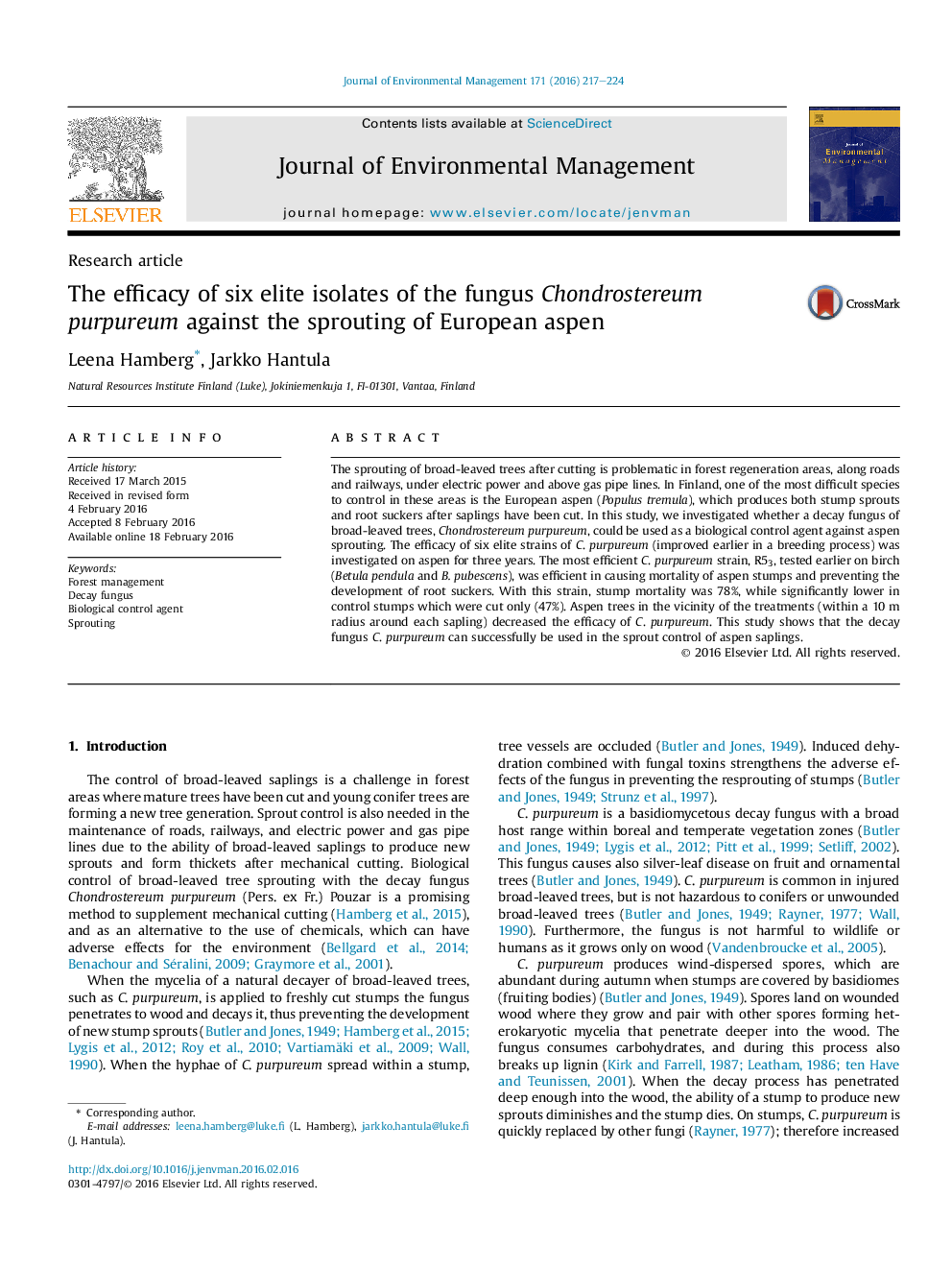 The sprouting of broad-leaved trees after cutting is problematic in forest regeneration areas, along roads and railways, under electric power and above gas pipe lines. In Finland, one of the most difficult species to control in these areas is the European aspen (Populus tremula), which produces both stump sprouts and root suckers after saplings have been cut. In this study, we investigated whether a decay fungus of broad-leaved trees, Chondrostereum purpureum, could be used as a biological control agent against aspen sprouting. The efficacy of six elite strains of C. purpureum (improved earlier in a breeding process) was investigated on aspen for three years. The most efficient C. purpureum strain, R53, tested earlier on birch (Betula pendula and B. pubescens), was efficient in causing mortality of aspen stumps and preventing the development of root suckers. With this strain, stump mortality was 78%, while significantly lower in control stumps which were cut only (47%). Aspen trees in the vicinity of the treatments (within a 10 m radius around each sapling) decreased the efficacy of C. purpureum. This study shows that the decay fungus C. purpureum can successfully be used in the sprout control of aspen saplings.