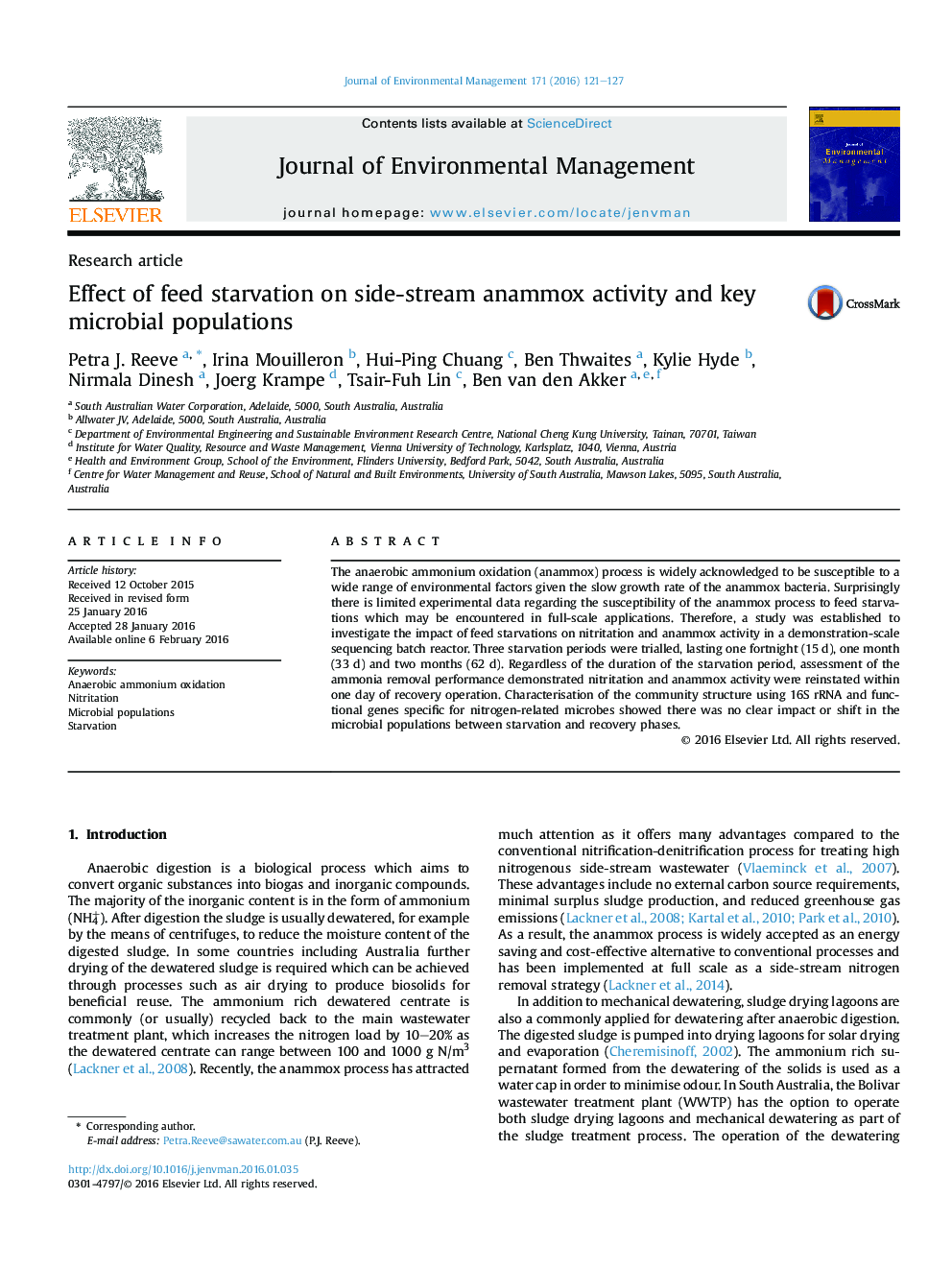 • Impacts of starvation on anammox performance and ecology were evaluated.
• Starvation of 15–62 days was performed on a demonstration-scale plant.
• Nitritation and anammox activity re-established within one day of recovery.
• High nitrogen removal rates were achieved post feed starvation.
• Prolonged feed starvation did not adversely impact microbial populations.

The anaerobic ammonium oxidation (anammox) process is widely acknowledged to be susceptible to a wide range of environmental factors given the slow growth rate of the anammox bacteria. Surprisingly there is limited experimental data regarding the susceptibility of the anammox process to feed starvations which may be encountered in full-scale applications. Therefore, a study was established to investigate the impact of feed starvations on nitritation and anammox activity in a demonstration-scale sequencing batch reactor. Three starvation periods were trialled, lasting one fortnight (15 d), one month (33 d) and two months (62 d). Regardless of the duration of the starvation period, assessment of the ammonia removal performance demonstrated nitritation and anammox activity were reinstated within one day of recovery operation. Characterisation of the community structure using 16S rRNA and functional genes specific for nitrogen-related microbes showed there was no clear impact or shift in the microbial populations between starvation and recovery phases.