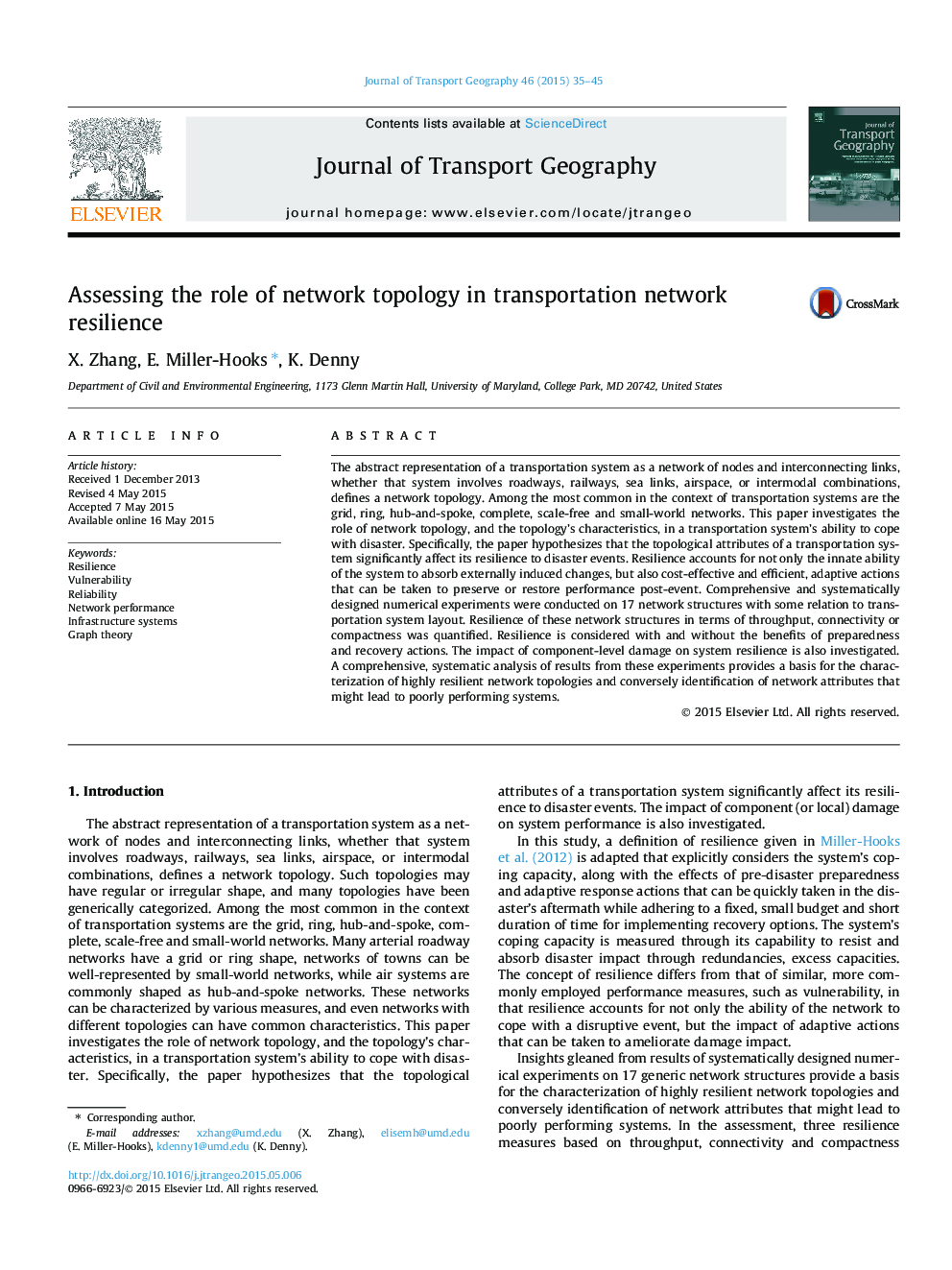 The abstract representation of a transportation system as a network of nodes and interconnecting links, whether that system involves roadways, railways, sea links, airspace, or intermodal combinations, defines a network topology. Among the most common in the context of transportation systems are the grid, ring, hub-and-spoke, complete, scale-free and small-world networks. This paper investigates the role of network topology, and the topology’s characteristics, in a transportation system’s ability to cope with disaster. Specifically, the paper hypothesizes that the topological attributes of a transportation system significantly affect its resilience to disaster events. Resilience accounts for not only the innate ability of the system to absorb externally induced changes, but also cost-effective and efficient, adaptive actions that can be taken to preserve or restore performance post-event. Comprehensive and systematically designed numerical experiments were conducted on 17 network structures with some relation to transportation system layout. Resilience of these network structures in terms of throughput, connectivity or compactness was quantified. Resilience is considered with and without the benefits of preparedness and recovery actions. The impact of component-level damage on system resilience is also investigated. A comprehensive, systematic analysis of results from these experiments provides a basis for the characterization of highly resilient network topologies and conversely identification of network attributes that might lead to poorly performing systems.