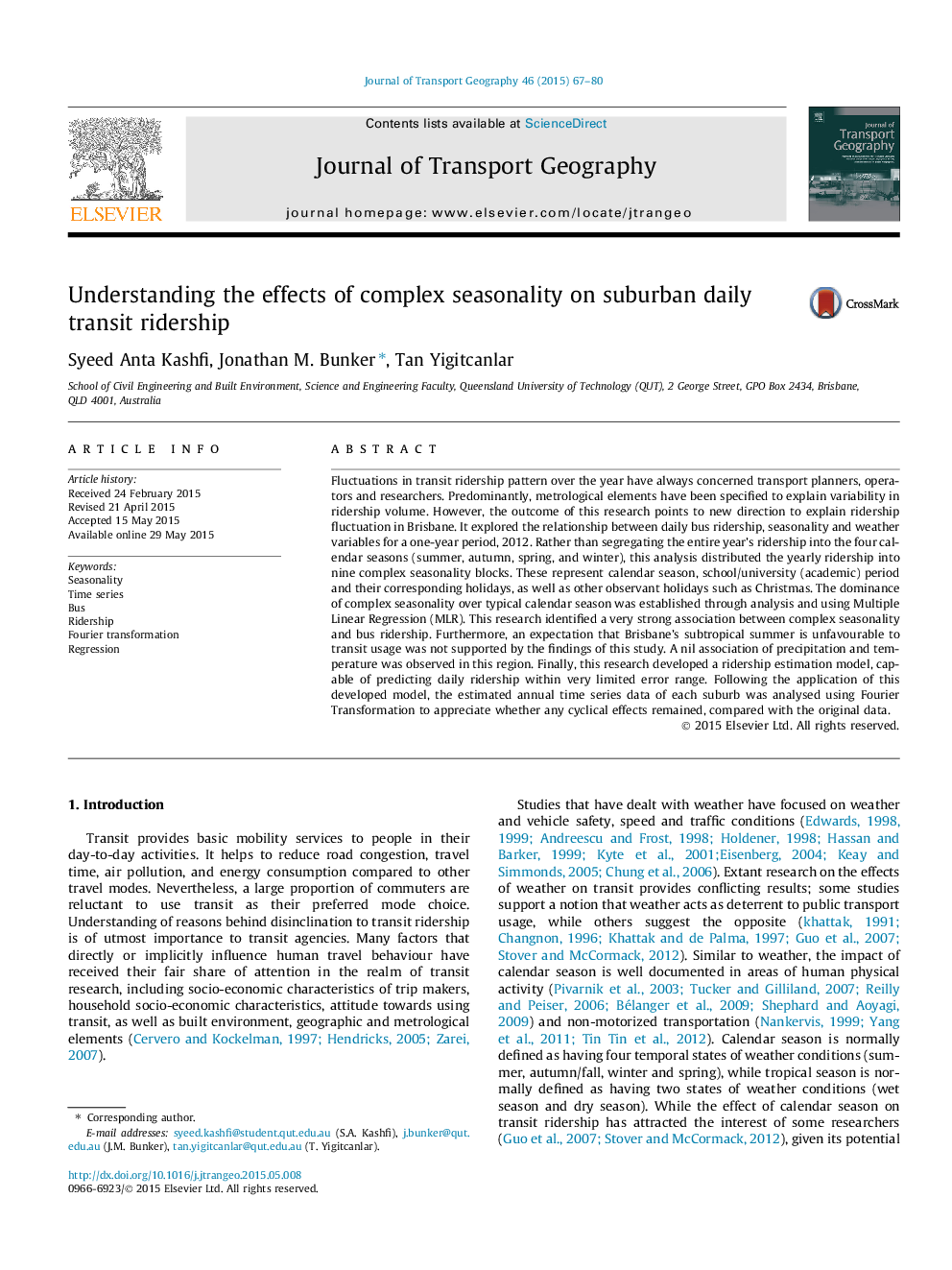 Fluctuations in transit ridership pattern over the year have always concerned transport planners, operators and researchers. Predominantly, metrological elements have been specified to explain variability in ridership volume. However, the outcome of this research points to new direction to explain ridership fluctuation in Brisbane. It explored the relationship between daily bus ridership, seasonality and weather variables for a one-year period, 2012. Rather than segregating the entire year’s ridership into the four calendar seasons (summer, autumn, spring, and winter), this analysis distributed the yearly ridership into nine complex seasonality blocks. These represent calendar season, school/university (academic) period and their corresponding holidays, as well as other observant holidays such as Christmas. The dominance of complex seasonality over typical calendar season was established through analysis and using Multiple Linear Regression (MLR). This research identified a very strong association between complex seasonality and bus ridership. Furthermore, an expectation that Brisbane’s subtropical summer is unfavourable to transit usage was not supported by the findings of this study. A nil association of precipitation and temperature was observed in this region. Finally, this research developed a ridership estimation model, capable of predicting daily ridership within very limited error range. Following the application of this developed model, the estimated annual time series data of each suburb was analysed using Fourier Transformation to appreciate whether any cyclical effects remained, compared with the original data.