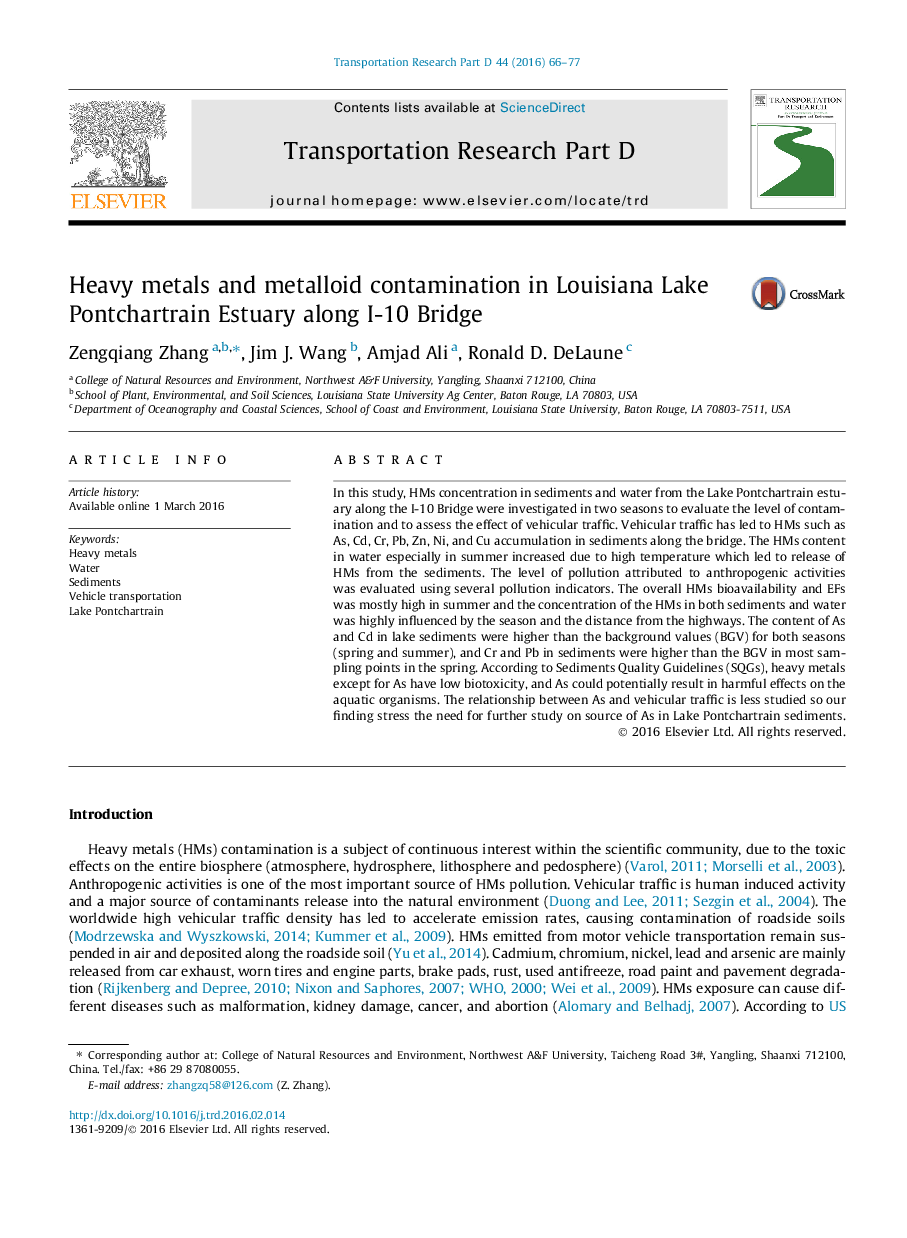 • The contents of HMs in water and sediment in Lake Pontchartrain along I-10 Bridge were determined.
• Vehicular traffic led to HMs accumulation in water and sediments along I-10 Bridge.
• Sediments as a source and sink of HMs may be influenced by temperature in different seasons.
• EFs indicated vehicular traffic as anthropogenic source for HMs in Lake Pontchartrain sediments.
• The EDTA and BCR methods indicated most HMs would pose potential risk to the environment.

In this study, HMs concentration in sediments and water from the Lake Pontchartrain estuary along the I-10 Bridge were investigated in two seasons to evaluate the level of contamination and to assess the effect of vehicular traffic. Vehicular traffic has led to HMs such as As, Cd, Cr, Pb, Zn, Ni, and Cu accumulation in sediments along the bridge. The HMs content in water especially in summer increased due to high temperature which led to release of HMs from the sediments. The level of pollution attributed to anthropogenic activities was evaluated using several pollution indicators. The overall HMs bioavailability and EFs was mostly high in summer and the concentration of the HMs in both sediments and water was highly influenced by the season and the distance from the highways. The content of As and Cd in lake sediments were higher than the background values (BGV) for both seasons (spring and summer), and Cr and Pb in sediments were higher than the BGV in most sampling points in the spring. According to Sediments Quality Guidelines (SQGs), heavy metals except for As have low biotoxicity, and As could potentially result in harmful effects on the aquatic organisms. The relationship between As and vehicular traffic is less studied so our finding stress the need for further study on source of As in Lake Pontchartrain sediments.