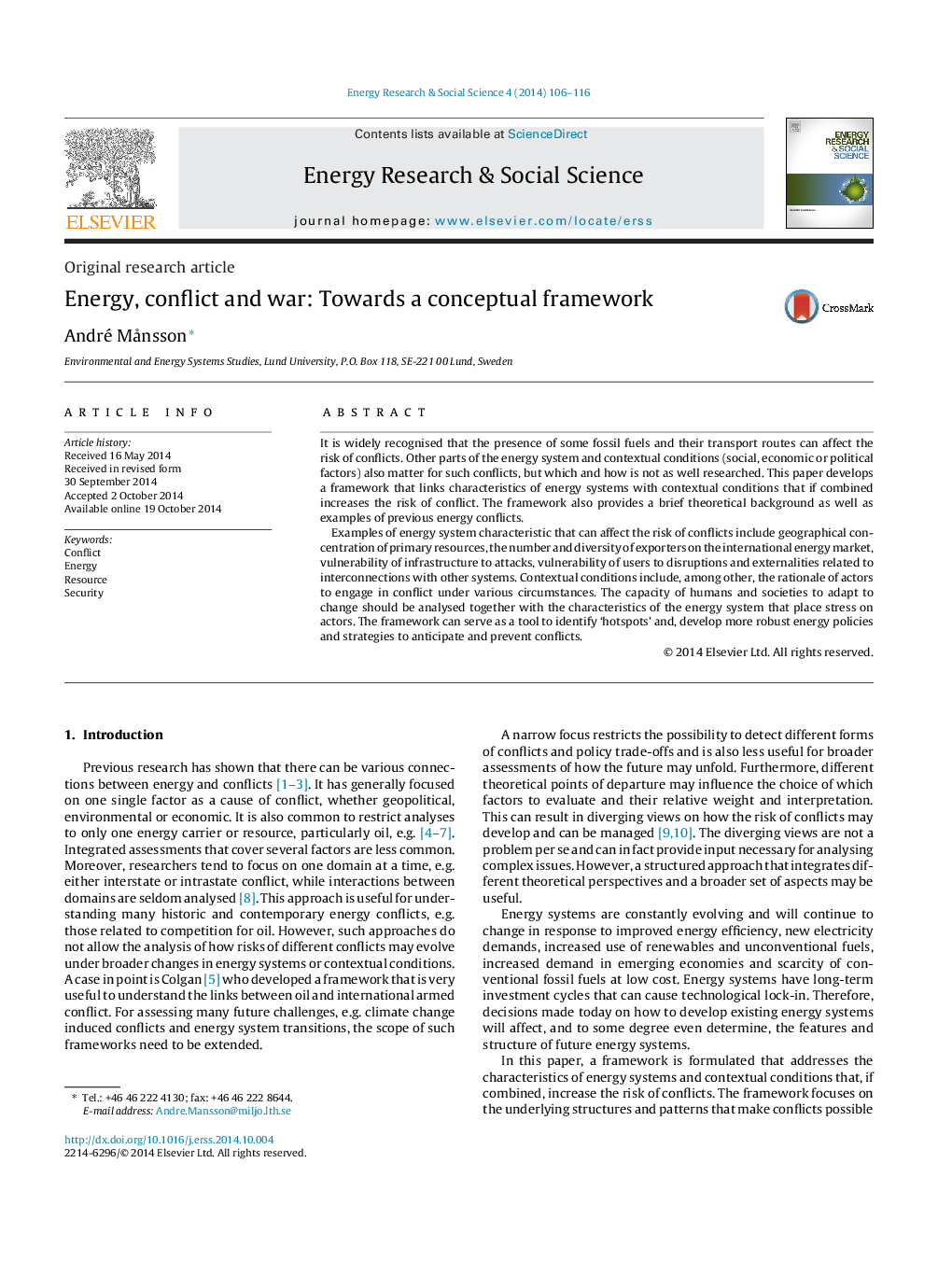 It is widely recognised that the presence of some fossil fuels and their transport routes can affect the risk of conflicts. Other parts of the energy system and contextual conditions (social, economic or political factors) also matter for such conflicts, but which and how is not as well researched. This paper develops a framework that links characteristics of energy systems with contextual conditions that if combined increases the risk of conflict. The framework also provides a brief theoretical background as well as examples of previous energy conflicts.Examples of energy system characteristic that can affect the risk of conflicts include geographical concentration of primary resources, the number and diversity of exporters on the international energy market, vulnerability of infrastructure to attacks, vulnerability of users to disruptions and externalities related to interconnections with other systems. Contextual conditions include, among other, the rationale of actors to engage in conflict under various circumstances. The capacity of humans and societies to adapt to change should be analysed together with the characteristics of the energy system that place stress on actors. The framework can serve as a tool to identify ‘hotspots’ and, develop more robust energy policies and strategies to anticipate and prevent conflicts.