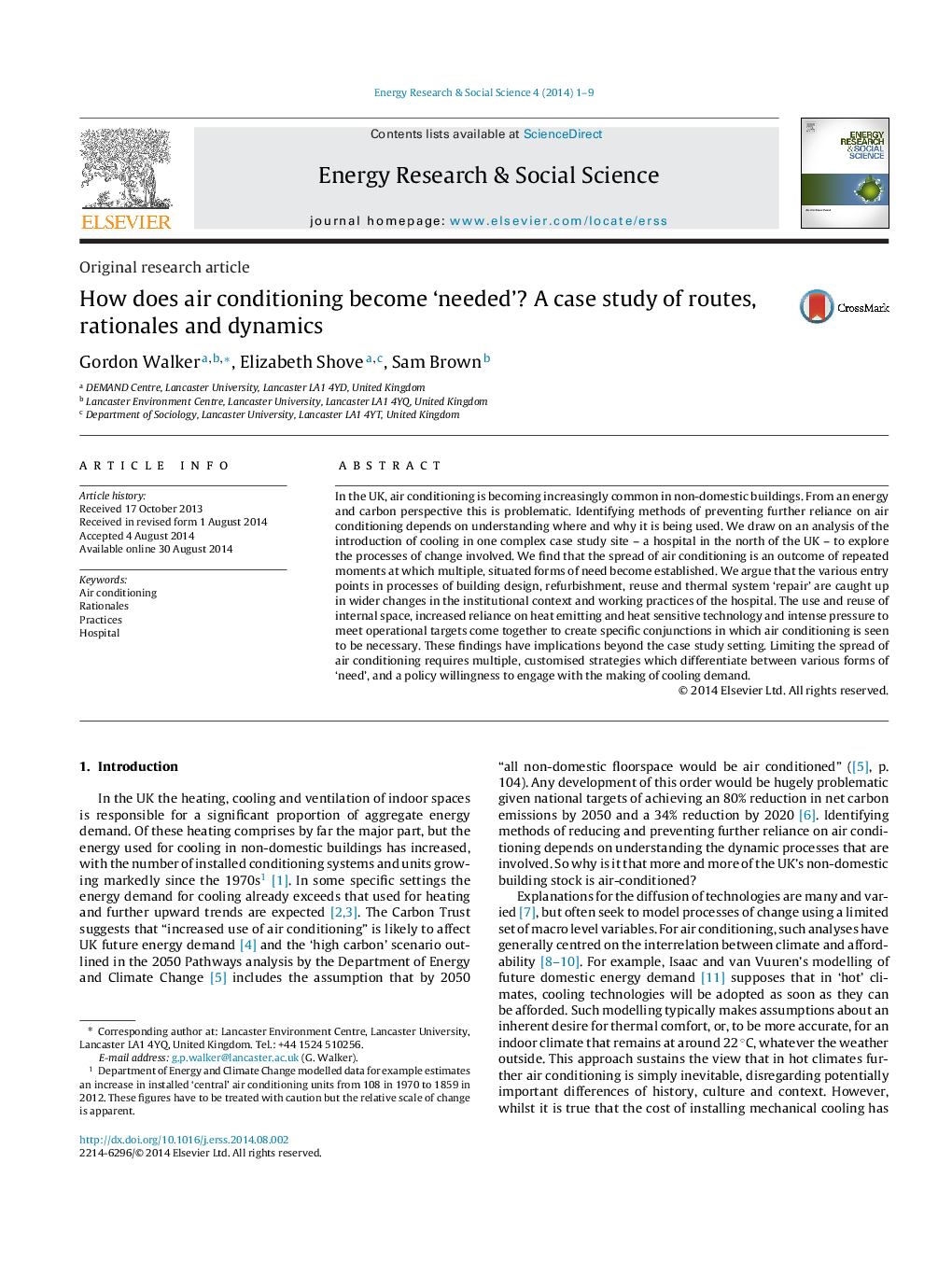 In the UK, air conditioning is becoming increasingly common in non-domestic buildings. From an energy and carbon perspective this is problematic. Identifying methods of preventing further reliance on air conditioning depends on understanding where and why it is being used. We draw on an analysis of the introduction of cooling in one complex case study site – a hospital in the north of the UK – to explore the processes of change involved. We find that the spread of air conditioning is an outcome of repeated moments at which multiple, situated forms of need become established. We argue that the various entry points in processes of building design, refurbishment, reuse and thermal system ‘repair’ are caught up in wider changes in the institutional context and working practices of the hospital. The use and reuse of internal space, increased reliance on heat emitting and heat sensitive technology and intense pressure to meet operational targets come together to create specific conjunctions in which air conditioning is seen to be necessary. These findings have implications beyond the case study setting. Limiting the spread of air conditioning requires multiple, customised strategies which differentiate between various forms of ‘need’, and a policy willingness to engage with the making of cooling demand.