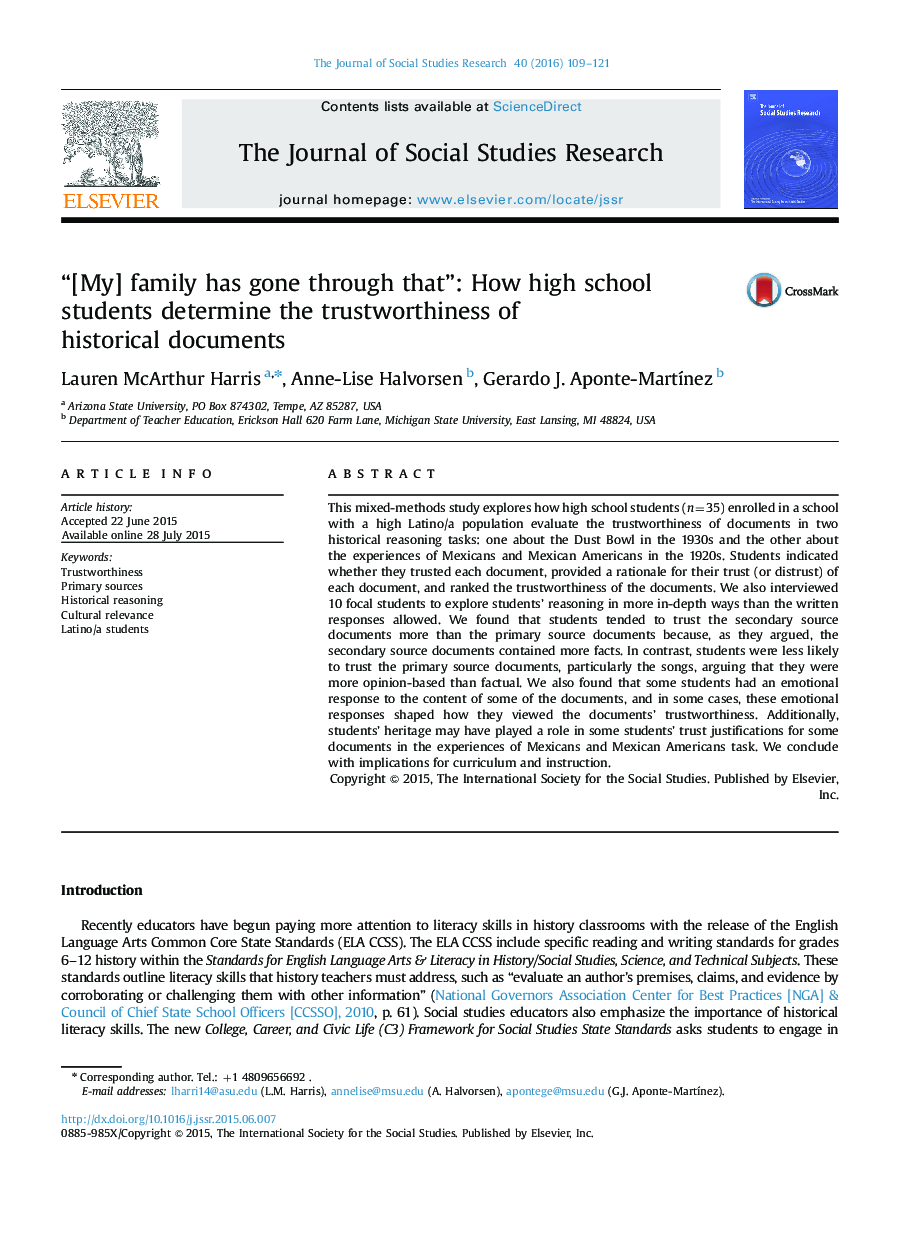 This mixed-methods study explores how high school students (n=35) enrolled in a school with a high Latino/a population evaluate the trustworthiness of documents in two historical reasoning tasks: one about the Dust Bowl in the 1930s and the other about the experiences of Mexicans and Mexican Americans in the 1920s. Students indicated whether they trusted each document, provided a rationale for their trust (or distrust) of each document, and ranked the trustworthiness of the documents. We also interviewed 10 focal students to explore students’ reasoning in more in-depth ways than the written responses allowed. We found that students tended to trust the secondary source documents more than the primary source documents because, as they argued, the secondary source documents contained more facts. In contrast, students were less likely to trust the primary source documents, particularly the songs, arguing that they were more opinion-based than factual. We also found that some students had an emotional response to the content of some of the documents, and in some cases, these emotional responses shaped how they viewed the documents’ trustworthiness. Additionally, students’ heritage may have played a role in some students’ trust justifications for some documents in the experiences of Mexicans and Mexican Americans task. We conclude with implications for curriculum and instruction.