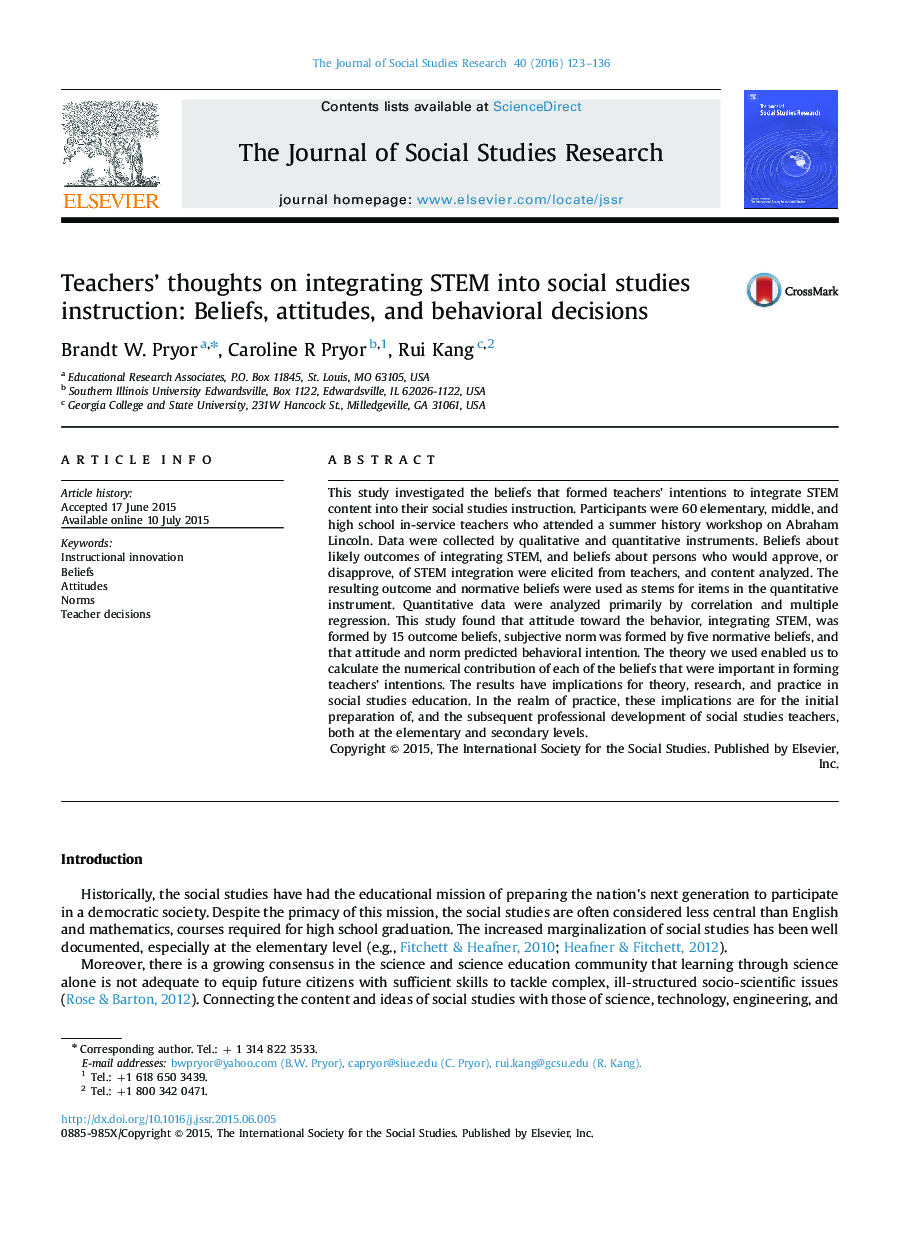 This study investigated the beliefs that formed teachers’ intentions to integrate STEM content into their social studies instruction. Participants were 60 elementary, middle, and high school in-service teachers who attended a summer history workshop on Abraham Lincoln. Data were collected by qualitative and quantitative instruments. Beliefs about likely outcomes of integrating STEM, and beliefs about persons who would approve, or disapprove, of STEM integration were elicited from teachers, and content analyzed. The resulting outcome and normative beliefs were used as stems for items in the quantitative instrument. Quantitative data were analyzed primarily by correlation and multiple regression. This study found that attitude toward the behavior, integrating STEM, was formed by 15 outcome beliefs, subjective norm was formed by five normative beliefs, and that attitude and norm predicted behavioral intention. The theory we used enabled us to calculate the numerical contribution of each of the beliefs that were important in forming teachers’ intentions. The results have implications for theory, research, and practice in social studies education. In the realm of practice, these implications are for the initial preparation of, and the subsequent professional development of social studies teachers, both at the elementary and secondary levels.