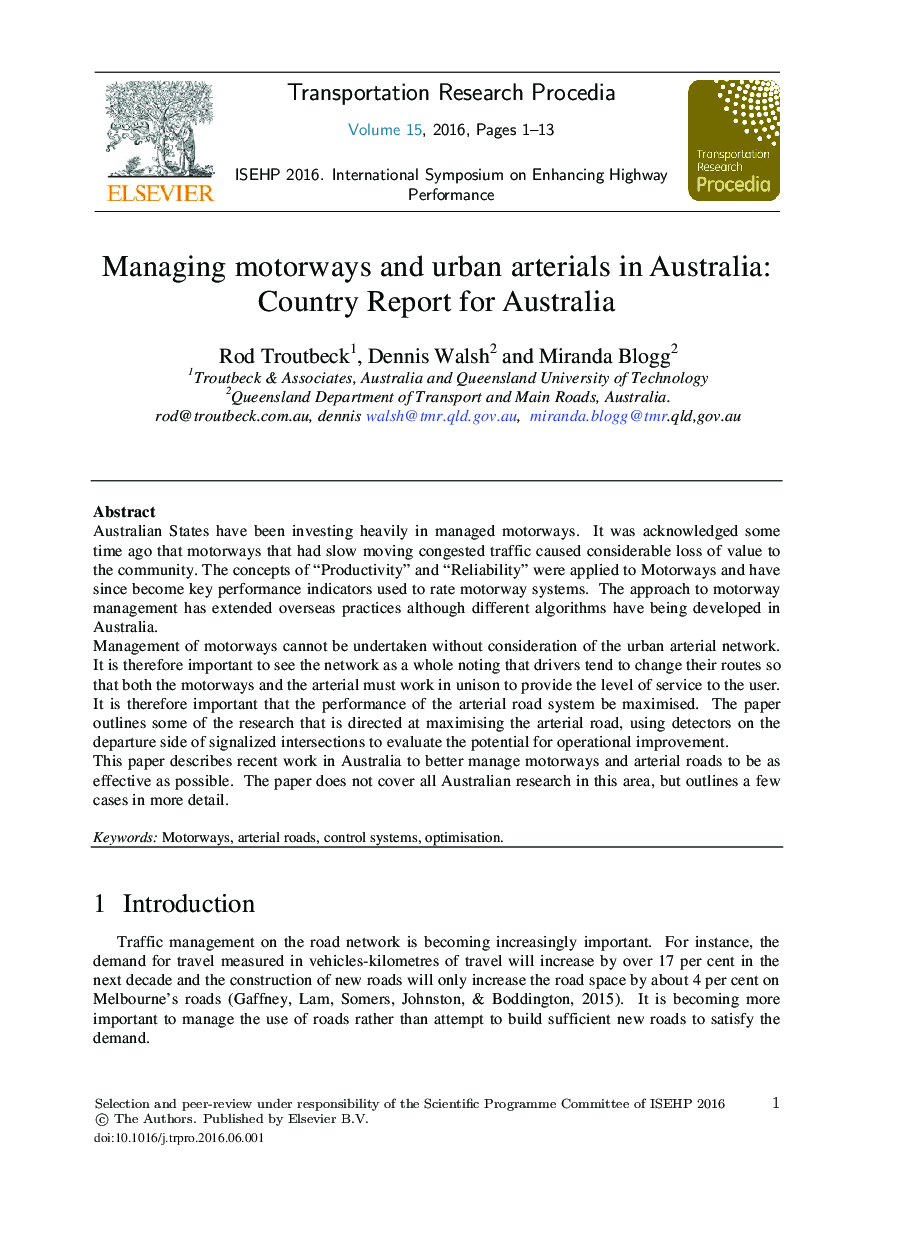 Australian States have been investing heavily in managed motorway. It was acknowledged some time ago that the motorways that had slow moving congested traffic caused a considerable loss of value to the community. The concept of Productivity was applied to Motorways and since become a key performance indicator used to rate different motorway systems. The approach to motorway management has been based on established practices overseas although different algorithms are being developed in Australia and subsequently evaluated. This paper describes the processes used by Australian States to manage motorways and it describes the current research into new techniques.The management of motorways cannot be undertaken without consideration of the urban arterial network. It is therefore important to see the network as a whole noting that drivers tend to change their routes so that both the motorways and the arterial work in unison to provide the level of service to the user. It is therefore important that the performance of the arterial road system be maximised. The paper outlines some of the research that is directed at maximising the arterial road, using detectors on the departure side of signalized intersections to evaluating the potential for significant improvement in signal re-timing.Finally the paper will outline the use of the Highway Capacity Manual in Australian traffic engineering practices. It should be understood that Australia has used SIDRA for intersection analysis for some time and although many of the concepts of the HCM are used in SIDRA, it contains many elements and calibration factors that are peculiar to Australia.