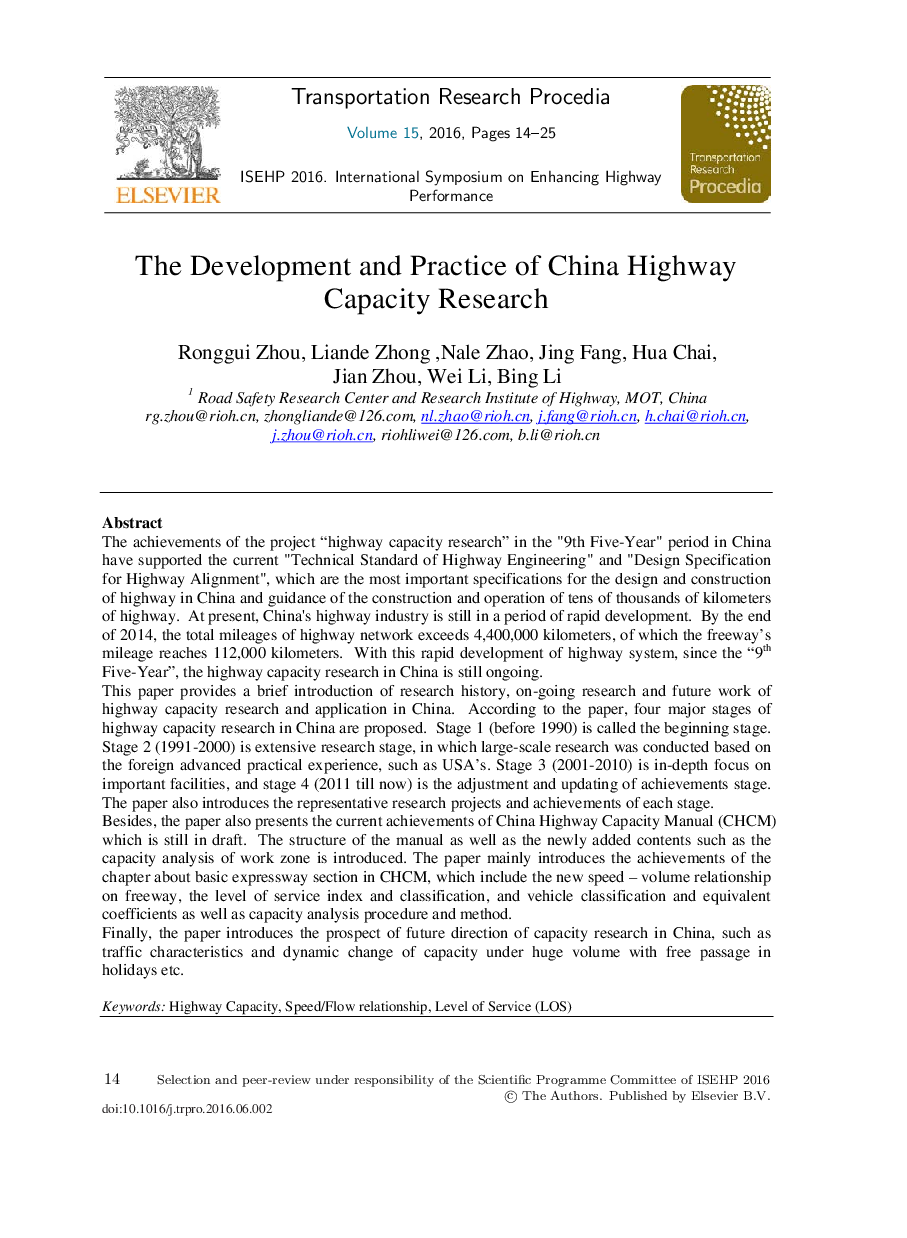 The achievements of the project “highway capacity research” in the “9th Five-Year” period in China have supported the current “Highway Engineering Technical Standard” and “The Specification of Highway Design”, which are the most important specifications for the design and construction of highway in China and strongly supported the construction and operation of tens of thousands of kilometers of highway. At present, China's highway industry is still in a period of rapid development. By the end of 2014, the total mileages of highway network exceeds 4,400,000 kilometers, and the freeway’s mileage is 112,000 kilometers. With this rapid development of highway system, since the “9th Five-Year”, the highway capacity research in China is still ongoing. The report “Development and Practice of China Highway Capacity Research” provides a brief introduction of research history, on-going research and future work of highway capacity research and application in China. Firstly, four main stages of highway capacity research in China are proposed. Stage 1 (before 1990) is called the beginning stage. Stage 2 (1991-2000) is extensive research stage, in which large-scale research is conducted based on the foreign advanced practical experience, such as USA’s. Stage 3 (2001-2010) is in-depth focus on important facilities, and stage 4 (2011 till now) is the adjustment and updating of achievements stage. The report introduces the main representative research projects of each stage and corresponding achievements. Besides, the report also presents the current achievements of China Highway Capacity Manual (CHCM) which is still written. The structure of the manual as well as the new added content such as the capacity analysis of work zone is introduced. The report mainly introduces the achievements of the chapter of basic expressway section in CHCM, which include the new speed – volume relationship of freeway, and the level of service index and classification, and vehicle classification and equivalent coefficients as well as capacity analysis procedure and method. Finally, the report introduces the prospect of future direction of capacity research in China, such as traffic characteristics and capacity dynamic change patterns in huge volume of free pass in holidays etc.