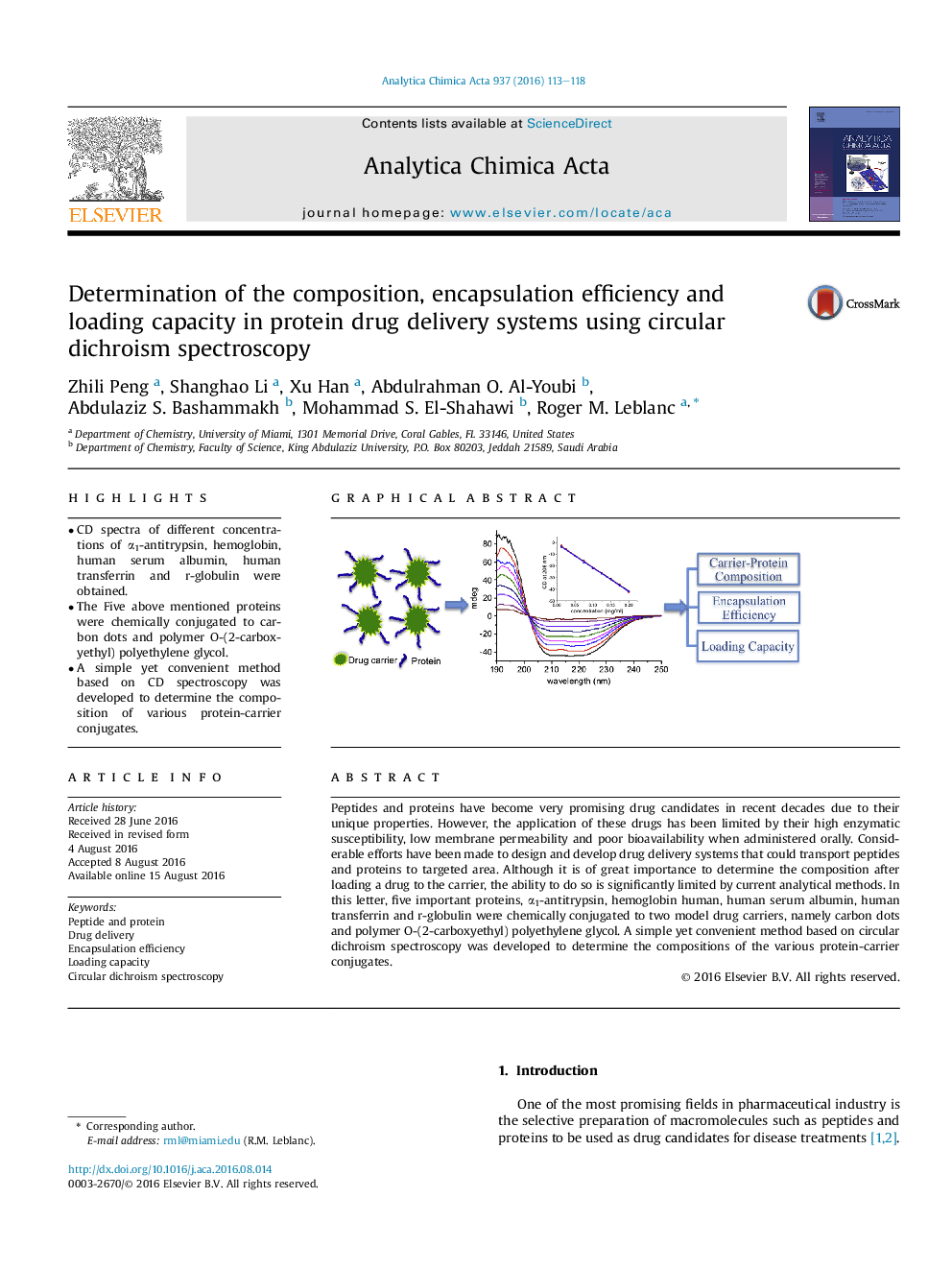 • CD spectra of different concentrations of α1-antitrypsin, hemoglobin, human serum albumin, human transferrin and r-globulin were obtained.
• The Five above mentioned proteins were chemically conjugated to carbon dots and polymer O-(2-carboxyethyl) polyethylene glycol.
• A simple yet convenient method based on CD spectroscopy was developed to determine the composition of various protein-carrier conjugates.

Peptides and proteins have become very promising drug candidates in recent decades due to their unique properties. However, the application of these drugs has been limited by their high enzymatic susceptibility, low membrane permeability and poor bioavailability when administered orally. Considerable efforts have been made to design and develop drug delivery systems that could transport peptides and proteins to targeted area. Although it is of great importance to determine the composition after loading a drug to the carrier, the ability to do so is significantly limited by current analytical methods. In this letter, five important proteins, α1-antitrypsin, hemoglobin human, human serum albumin, human transferrin and r-globulin were chemically conjugated to two model drug carriers, namely carbon dots and polymer O-(2-carboxyethyl) polyethylene glycol. A simple yet convenient method based on circular dichroism spectroscopy was developed to determine the compositions of the various protein-carrier conjugates.