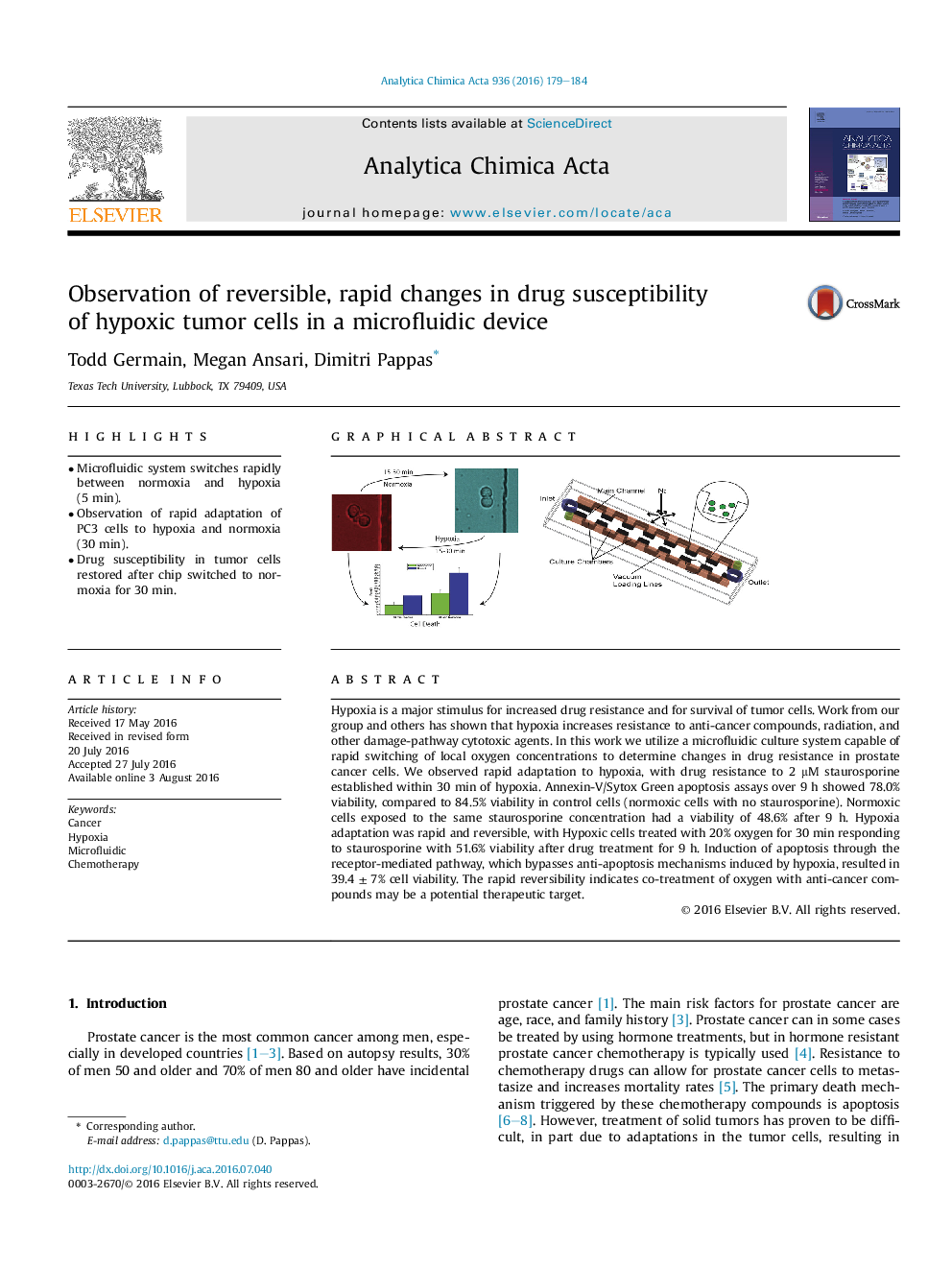 Hypoxia is a major stimulus for increased drug resistance and for survival of tumor cells. Work from our group and others has shown that hypoxia increases resistance to anti-cancer compounds, radiation, and other damage-pathway cytotoxic agents. In this work we utilize a microfluidic culture system capable of rapid switching of local oxygen concentrations to determine changes in drug resistance in prostate cancer cells. We observed rapid adaptation to hypoxia, with drug resistance to 2 μM staurosporine established within 30 min of hypoxia. Annexin-V/Sytox Green apoptosis assays over 9 h showed 78.0% viability, compared to 84.5% viability in control cells (normoxic cells with no staurosporine). Normoxic cells exposed to the same staurosporine concentration had a viability of 48.6% after 9 h. Hypoxia adaptation was rapid and reversible, with Hypoxic cells treated with 20% oxygen for 30 min responding to staurosporine with 51.6% viability after drug treatment for 9 h. Induction of apoptosis through the receptor-mediated pathway, which bypasses anti-apoptosis mechanisms induced by hypoxia, resulted in 39.4 ± 7% cell viability. The rapid reversibility indicates co-treatment of oxygen with anti-cancer compounds may be a potential therapeutic target.