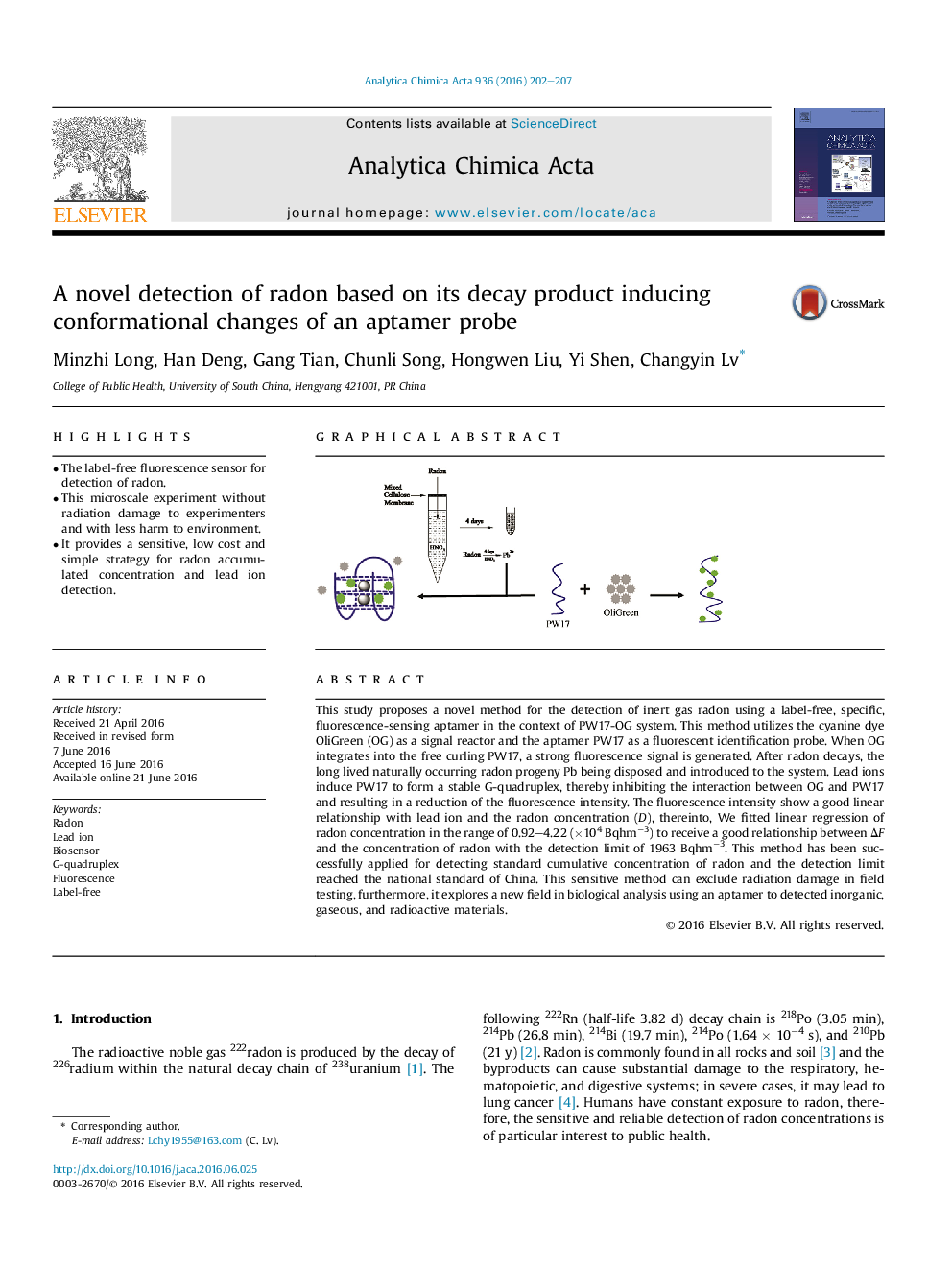 • The label-free fluorescence sensor for detection of radon.
• This microscale experiment without radiation damage to experimenters and with less harm to environment.
• It provides a sensitive, low cost and simple strategy for radon accumulated concentration and lead ion detection.

This study proposes a novel method for the detection of inert gas radon using a label-free, specific, fluorescence-sensing aptamer in the context of PW17-OG system. This method utilizes the cyanine dye OliGreen (OG) as a signal reactor and the aptamer PW17 as a fluorescent identification probe. When OG integrates into the free curling PW17, a strong fluorescence signal is generated. After radon decays, the long lived naturally occurring radon progeny Pb being disposed and introduced to the system. Lead ions induce PW17 to form a stable G-quadruplex, thereby inhibiting the interaction between OG and PW17 and resulting in a reduction of the fluorescence intensity. The fluorescence intensity show a good linear relationship with lead ion and the radon concentration (D), thereinto, We fitted linear regression of radon concentration in the range of 0.92–4.22 (×104 Bqhm−3) to receive a good relationship between ΔF and the concentration of radon with the detection limit of 1963 Bqhm−3. This method has been successfully applied for detecting standard cumulative concentration of radon and the detection limit reached the national standard of China. This sensitive method can exclude radiation damage in field testing, furthermore, it explores a new field in biological analysis using an aptamer to detected inorganic, gaseous, and radioactive materials.