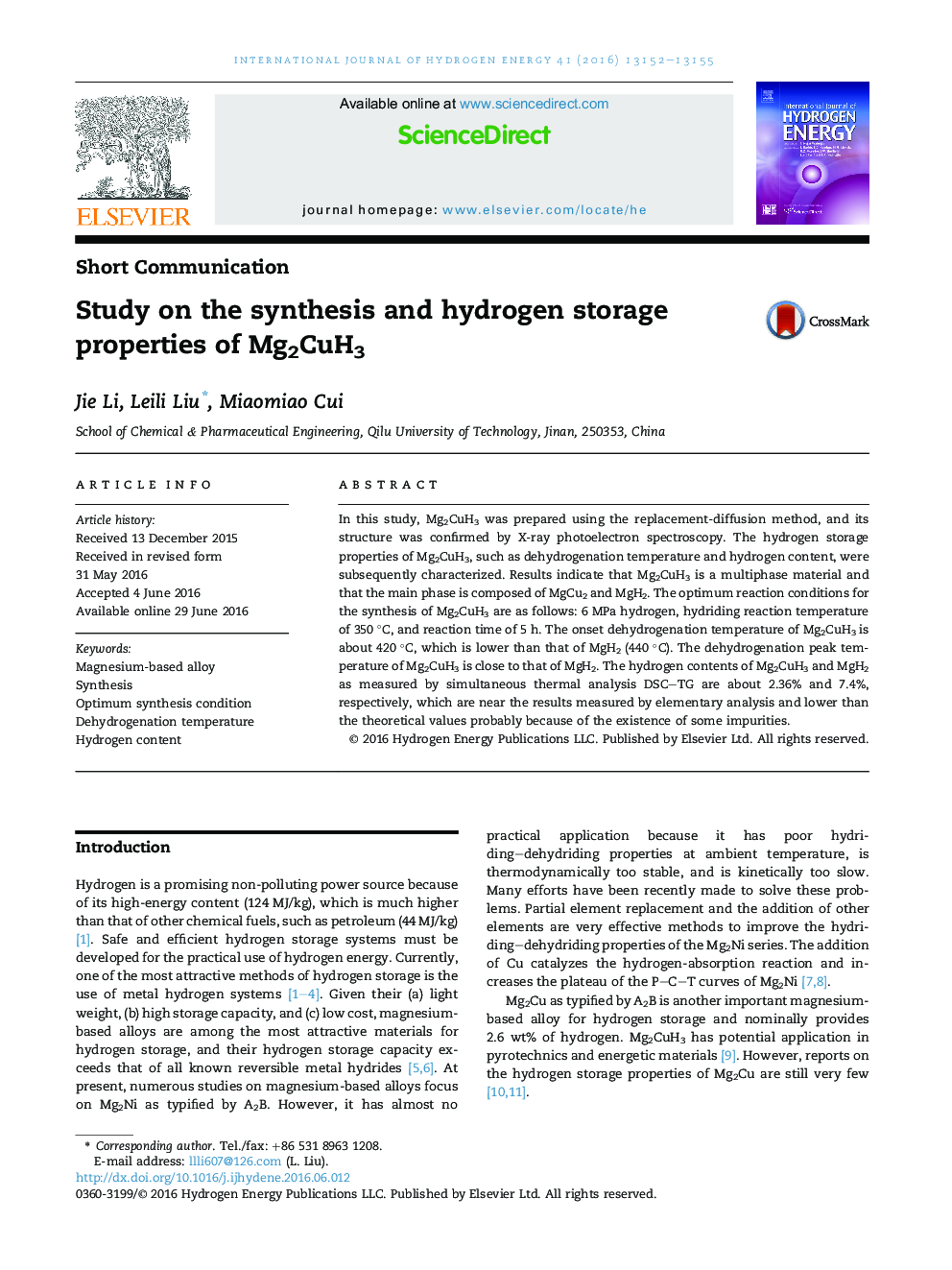 In this study, Mg2CuH3 was prepared using the replacement-diffusion method, and its structure was confirmed by X-ray photoelectron spectroscopy. The hydrogen storage properties of Mg2CuH3, such as dehydrogenation temperature and hydrogen content, were subsequently characterized. Results indicate that Mg2CuH3 is a multiphase material and that the main phase is composed of MgCu2 and MgH2. The optimum reaction conditions for the synthesis of Mg2CuH3 are as follows: 6 MPa hydrogen, hydriding reaction temperature of 350 °C, and reaction time of 5 h. The onset dehydrogenation temperature of Mg2CuH3 is about 420 °C, which is lower than that of MgH2 (440 °C). The dehydrogenation peak temperature of Mg2CuH3 is close to that of MgH2. The hydrogen contents of Mg2CuH3 and MgH2 as measured by simultaneous thermal analysis DSC–TG are about 2.36% and 7.4%, respectively, which are near the results measured by elementary analysis and lower than the theoretical values probably because of the existence of some impurities.