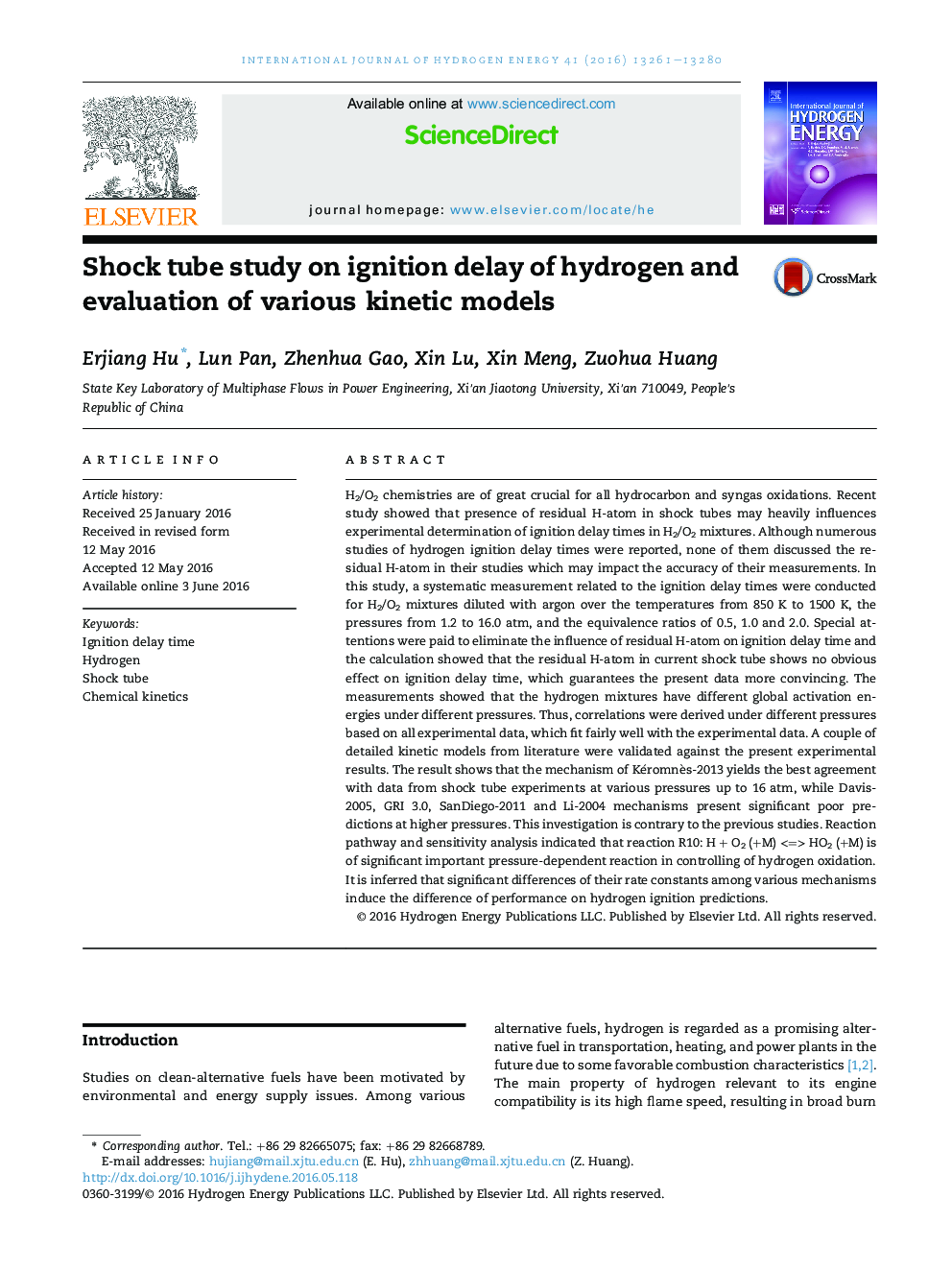 H2/O2 chemistries are of great crucial for all hydrocarbon and syngas oxidations. Recent study showed that presence of residual H-atom in shock tubes may heavily influences experimental determination of ignition delay times in H2/O2 mixtures. Although numerous studies of hydrogen ignition delay times were reported, none of them discussed the residual H-atom in their studies which may impact the accuracy of their measurements. In this study, a systematic measurement related to the ignition delay times were conducted for H2/O2 mixtures diluted with argon over the temperatures from 850 K to 1500 K, the pressures from 1.2 to 16.0 atm, and the equivalence ratios of 0.5, 1.0 and 2.0. Special attentions were paid to eliminate the influence of residual H-atom on ignition delay time and the calculation showed that the residual H-atom in current shock tube shows no obvious effect on ignition delay time, which guarantees the present data more convincing. The measurements showed that the hydrogen mixtures have different global activation energies under different pressures. Thus, correlations were derived under different pressures based on all experimental data, which fit fairly well with the experimental data. A couple of detailed kinetic models from literature were validated against the present experimental results. The result shows that the mechanism of Kéromnès-2013 yields the best agreement with data from shock tube experiments at various pressures up to 16 atm, while Davis-2005, GRI 3.0, SanDiego-2011 and Li-2004 mechanisms present significant poor predictions at higher pressures. This investigation is contrary to the previous studies. Reaction pathway and sensitivity analysis indicated that reaction R10: H + O2 (+M) <=> HO2 (+M) is of significant important pressure-dependent reaction in controlling of hydrogen oxidation. It is inferred that significant differences of their rate constants among various mechanisms induce the difference of performance on hydrogen ignition predictions.