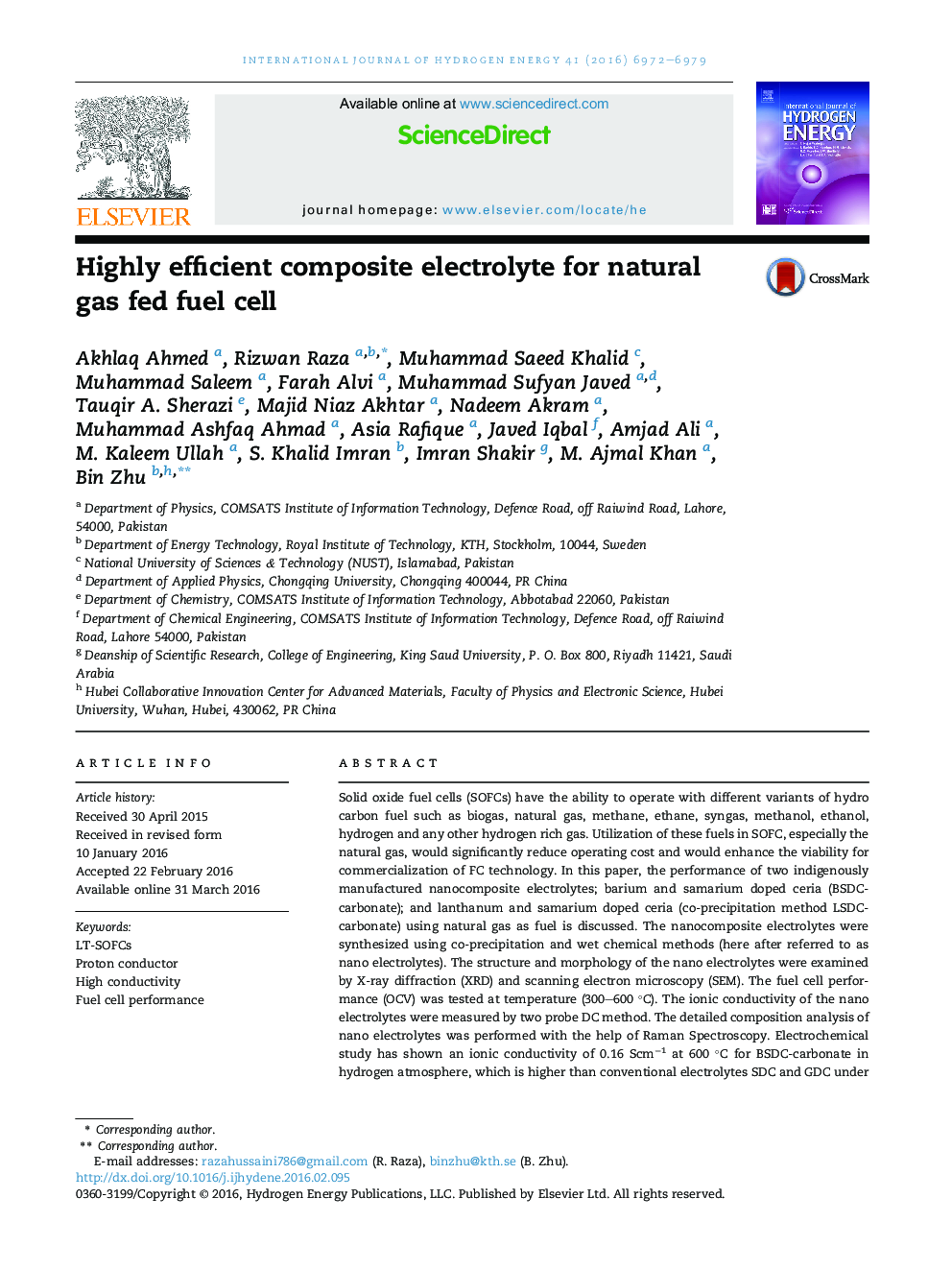 Solid oxide fuel cells (SOFCs) have the ability to operate with different variants of hydro carbon fuel such as biogas, natural gas, methane, ethane, syngas, methanol, ethanol, hydrogen and any other hydrogen rich gas. Utilization of these fuels in SOFC, especially the natural gas, would significantly reduce operating cost and would enhance the viability for commercialization of FC technology. In this paper, the performance of two indigenously manufactured nanocomposite electrolytes; barium and samarium doped ceria (BSDC-carbonate); and lanthanum and samarium doped ceria (co-precipitation method LSDC-carbonate) using natural gas as fuel is discussed. The nanocomposite electrolytes were synthesized using co-precipitation and wet chemical methods (here after referred to as nano electrolytes). The structure and morphology of the nano electrolytes were examined by X-ray diffraction (XRD) and scanning electron microscopy (SEM). The fuel cell performance (OCV) was tested at temperature (300–600 °C). The ionic conductivity of the nano electrolytes were measured by two probe DC method. The detailed composition analysis of nano electrolytes was performed with the help of Raman Spectroscopy. Electrochemical study has shown an ionic conductivity of 0.16 Scm−1 at 600 °C for BSDC-carbonate in hydrogen atmosphere, which is higher than conventional electrolytes SDC and GDC under same conditions. In this article reasonably good ionic conductivity of BSDC-carbonate, at 600 °C, has also been achieved in air atmosphere which is comparatively greater than the conventional SDC and GDC electrolytes.