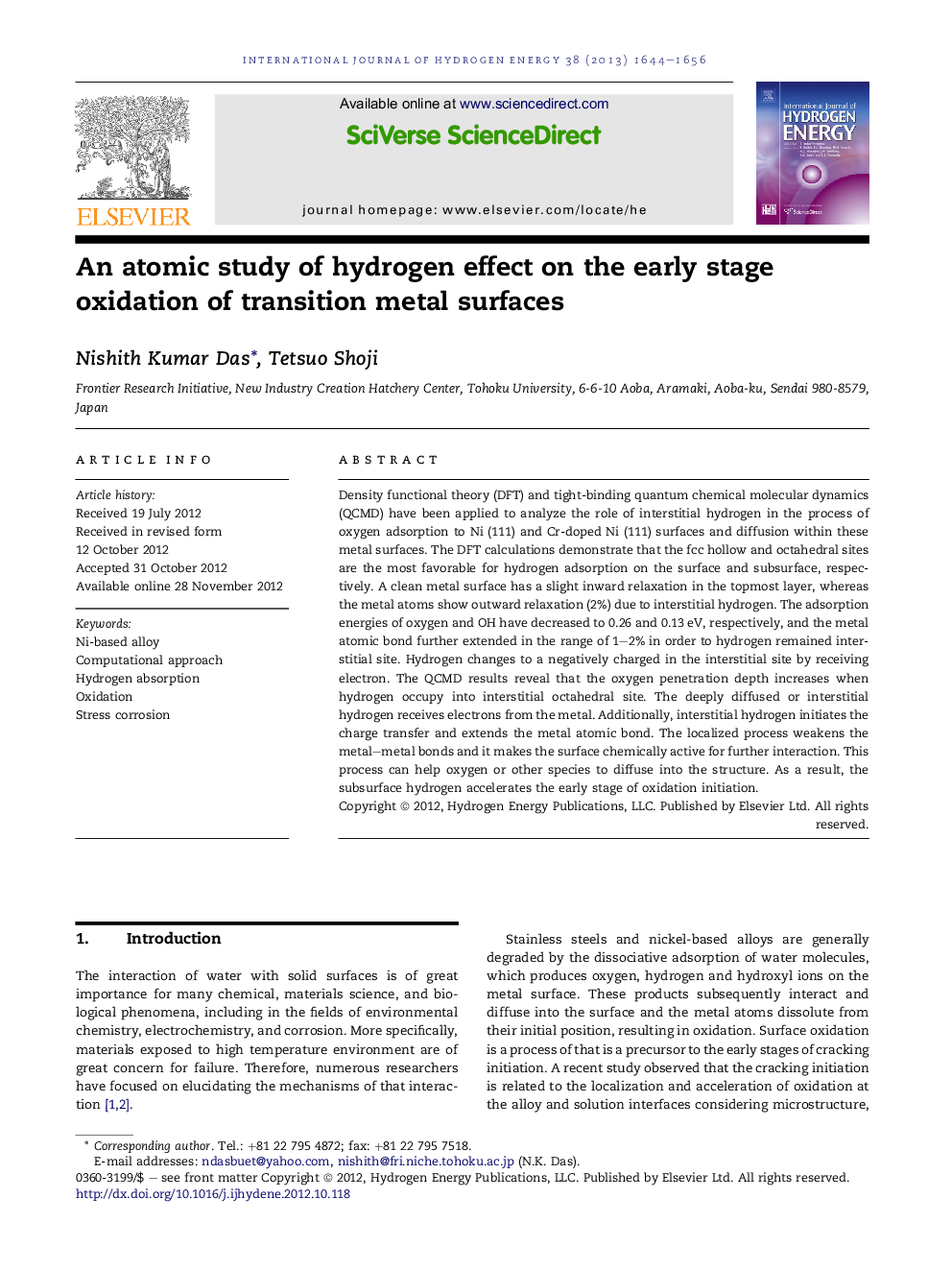 Density functional theory (DFT) and tight-binding quantum chemical molecular dynamics (QCMD) have been applied to analyze the role of interstitial hydrogen in the process of oxygen adsorption to Ni (111) and Cr-doped Ni (111) surfaces and diffusion within these metal surfaces. The DFT calculations demonstrate that the fcc hollow and octahedral sites are the most favorable for hydrogen adsorption on the surface and subsurface, respectively. A clean metal surface has a slight inward relaxation in the topmost layer, whereas the metal atoms show outward relaxation (2%) due to interstitial hydrogen. The adsorption energies of oxygen and OH have decreased to 0.26 and 0.13 eV, respectively, and the metal atomic bond further extended in the range of 1–2% in order to hydrogen remained interstitial site. Hydrogen changes to a negatively charged in the interstitial site by receiving electron. The QCMD results reveal that the oxygen penetration depth increases when hydrogen occupy into interstitial octahedral site. The deeply diffused or interstitial hydrogen receives electrons from the metal. Additionally, interstitial hydrogen initiates the charge transfer and extends the metal atomic bond. The localized process weakens the metal–metal bonds and it makes the surface chemically active for further interaction. This process can help oxygen or other species to diffuse into the structure. As a result, the subsurface hydrogen accelerates the early stage of oxidation initiation.