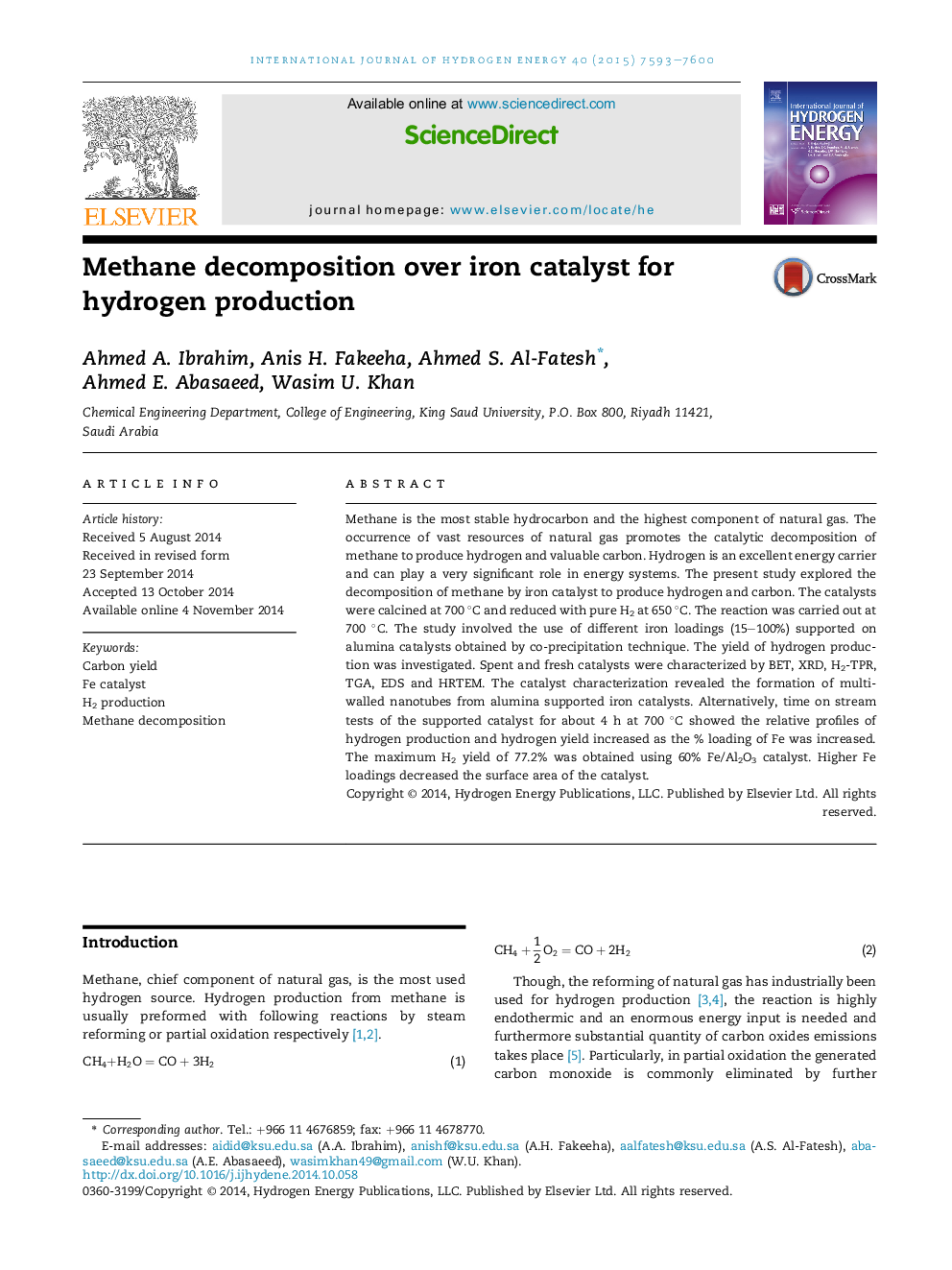 Methane is the most stable hydrocarbon and the highest component of natural gas. The occurrence of vast resources of natural gas promotes the catalytic decomposition of methane to produce hydrogen and valuable carbon. Hydrogen is an excellent energy carrier and can play a very significant role in energy systems. The present study explored the decomposition of methane by iron catalyst to produce hydrogen and carbon. The catalysts were calcined at 700 °C and reduced with pure H2 at 650 °C. The reaction was carried out at 700 °C. The study involved the use of different iron loadings (15–100%) supported on alumina catalysts obtained by co-precipitation technique. The yield of hydrogen production was investigated. Spent and fresh catalysts were characterized by BET, XRD, H2-TPR, TGA, EDS and HRTEM. The catalyst characterization revealed the formation of multi-walled nanotubes from alumina supported iron catalysts. Alternatively, time on stream tests of the supported catalyst for about 4 h at 700 °C showed the relative profiles of hydrogen production and hydrogen yield increased as the % loading of Fe was increased. The maximum H2 yield of 77.2% was obtained using 60% Fe/Al2O3 catalyst. Higher Fe loadings decreased the surface area of the catalyst.