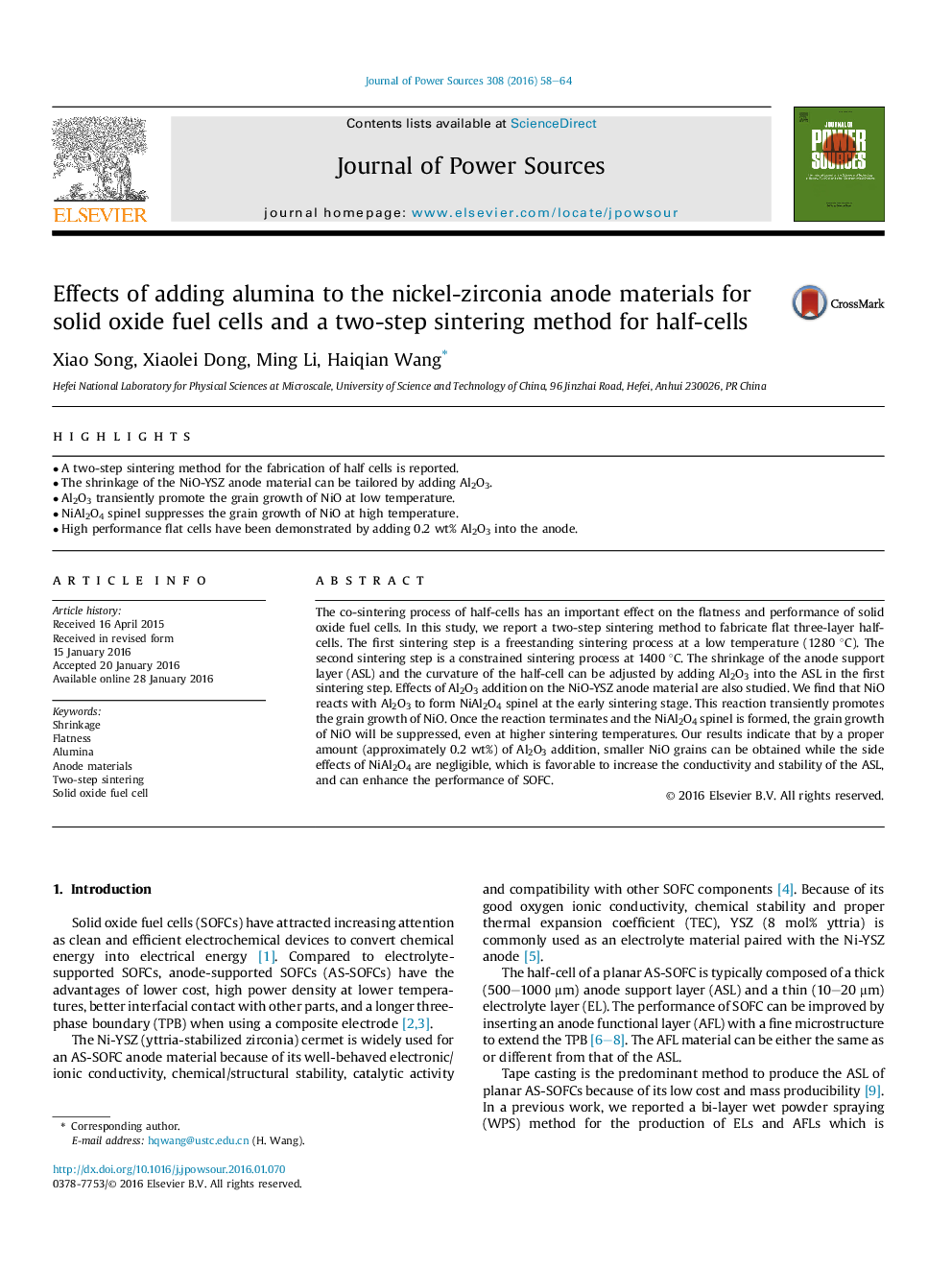 • A two-step sintering method for the fabrication of half cells is reported.
• The shrinkage of the NiO-YSZ anode material can be tailored by adding Al2O3.
• Al2O3 transiently promote the grain growth of NiO at low temperature.
• NiAl2O4 spinel suppresses the grain growth of NiO at high temperature.
• High performance flat cells have been demonstrated by adding 0.2 wt% Al2O3 into the anode.

The co-sintering process of half-cells has an important effect on the flatness and performance of solid oxide fuel cells. In this study, we report a two-step sintering method to fabricate flat three-layer half-cells. The first sintering step is a freestanding sintering process at a low temperature (1280 °C). The second sintering step is a constrained sintering process at 1400 °C. The shrinkage of the anode support layer (ASL) and the curvature of the half-cell can be adjusted by adding Al2O3 into the ASL in the first sintering step. Effects of Al2O3 addition on the NiO-YSZ anode material are also studied. We find that NiO reacts with Al2O3 to form NiAl2O4 spinel at the early sintering stage. This reaction transiently promotes the grain growth of NiO. Once the reaction terminates and the NiAl2O4 spinel is formed, the grain growth of NiO will be suppressed, even at higher sintering temperatures. Our results indicate that by a proper amount (approximately 0.2 wt%) of Al2O3 addition, smaller NiO grains can be obtained while the side effects of NiAl2O4 are negligible, which is favorable to increase the conductivity and stability of the ASL, and can enhance the performance of SOFC.