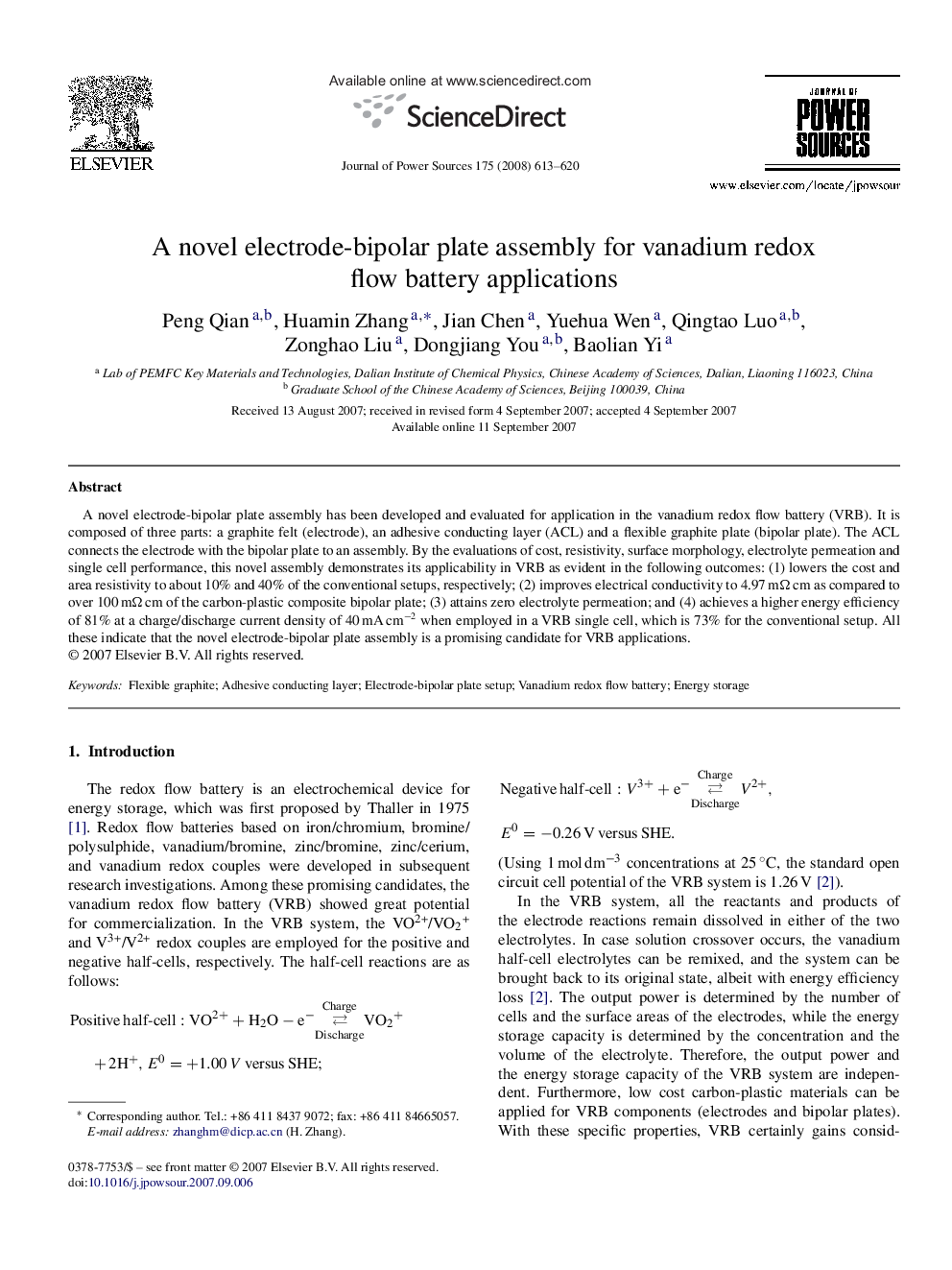 A novel electrode-bipolar plate assembly has been developed and evaluated for application in the vanadium redox flow battery (VRB). It is composed of three parts: a graphite felt (electrode), an adhesive conducting layer (ACL) and a flexible graphite plate (bipolar plate). The ACL connects the electrode with the bipolar plate to an assembly. By the evaluations of cost, resistivity, surface morphology, electrolyte permeation and single cell performance, this novel assembly demonstrates its applicability in VRB as evident in the following outcomes: (1) lowers the cost and area resistivity to about 10% and 40% of the conventional setups, respectively; (2) improves electrical conductivity to 4.97 mΩ cm as compared to over 100 mΩ cm of the carbon-plastic composite bipolar plate; (3) attains zero electrolyte permeation; and (4) achieves a higher energy efficiency of 81% at a charge/discharge current density of 40 mA cm−2 when employed in a VRB single cell, which is 73% for the conventional setup. All these indicate that the novel electrode-bipolar plate assembly is a promising candidate for VRB applications.