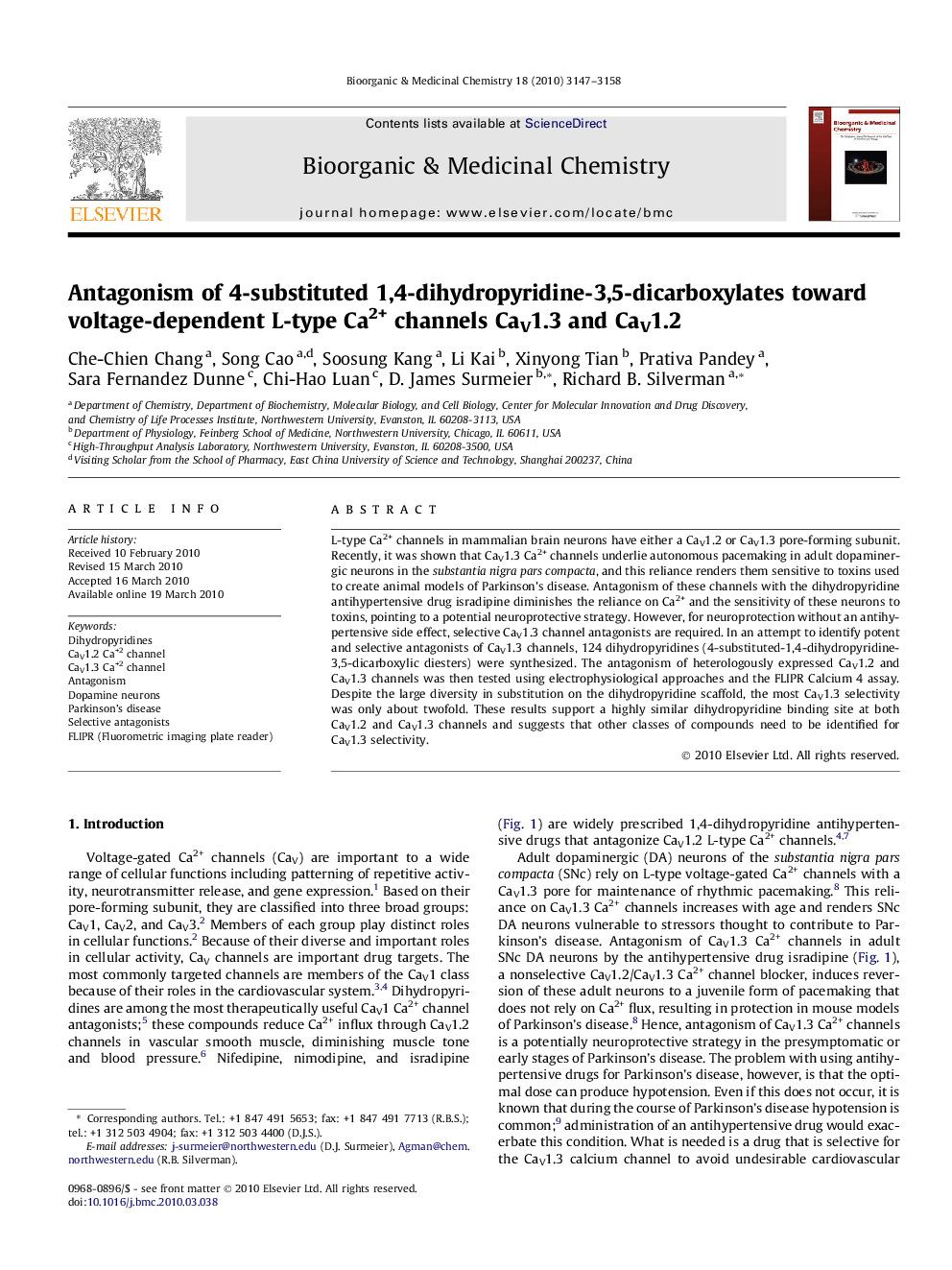 L-type Ca2+ channels in mammalian brain neurons have either a CaV1.2 or CaV1.3 pore-forming subunit. Recently, it was shown that CaV1.3 Ca2+ channels underlie autonomous pacemaking in adult dopaminergic neurons in the substantia nigra pars compacta, and this reliance renders them sensitive to toxins used to create animal models of Parkinson’s disease. Antagonism of these channels with the dihydropyridine antihypertensive drug isradipine diminishes the reliance on Ca2+ and the sensitivity of these neurons to toxins, pointing to a potential neuroprotective strategy. However, for neuroprotection without an antihypertensive side effect, selective CaV1.3 channel antagonists are required. In an attempt to identify potent and selective antagonists of CaV1.3 channels, 124 dihydropyridines (4-substituted-1,4-dihydropyridine-3,5-dicarboxylic diesters) were synthesized. The antagonism of heterologously expressed CaV1.2 and CaV1.3 channels was then tested using electrophysiological approaches and the FLIPR Calcium 4 assay. Despite the large diversity in substitution on the dihydropyridine scaffold, the most CaV1.3 selectivity was only about twofold. These results support a highly similar dihydropyridine binding site at both CaV1.2 and CaV1.3 channels and suggests that other classes of compounds need to be identified for CaV1.3 selectivity.