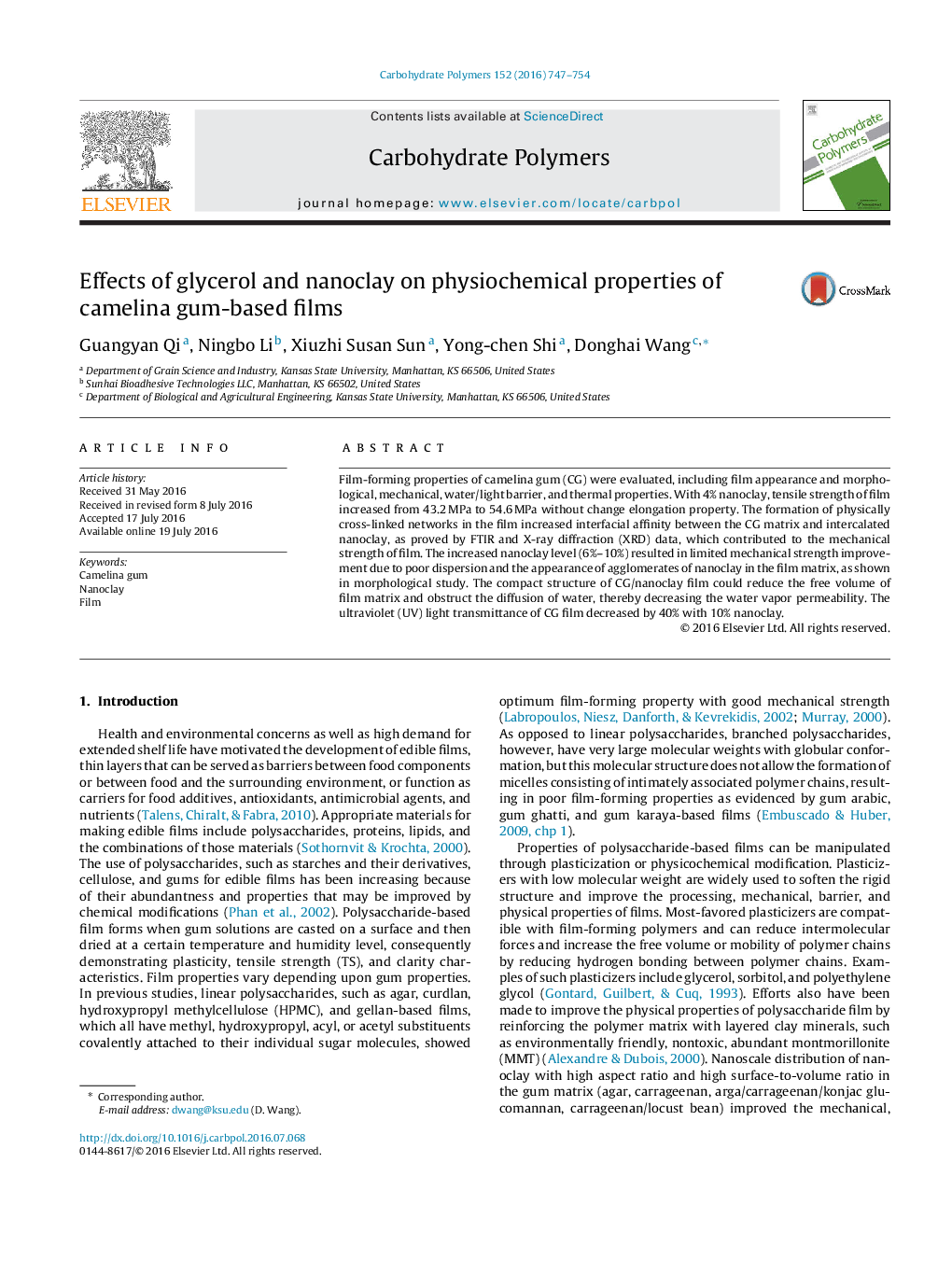 Film-forming properties of camelina gum (CG) were evaluated, including film appearance and morphological, mechanical, water/light barrier, and thermal properties. With 4% nanoclay, tensile strength of film increased from 43.2 MPa to 54.6 MPa without change elongation property. The formation of physically cross-linked networks in the film increased interfacial affinity between the CG matrix and intercalated nanoclay, as proved by FTIR and X-ray diffraction (XRD) data, which contributed to the mechanical strength of film. The increased nanoclay level (6%–10%) resulted in limited mechanical strength improvement due to poor dispersion and the appearance of agglomerates of nanoclay in the film matrix, as shown in morphological study. The compact structure of CG/nanoclay film could reduce the free volume of film matrix and obstruct the diffusion of water, thereby decreasing the water vapor permeability. The ultraviolet (UV) light transmittance of CG film decreased by 40% with 10% nanoclay.