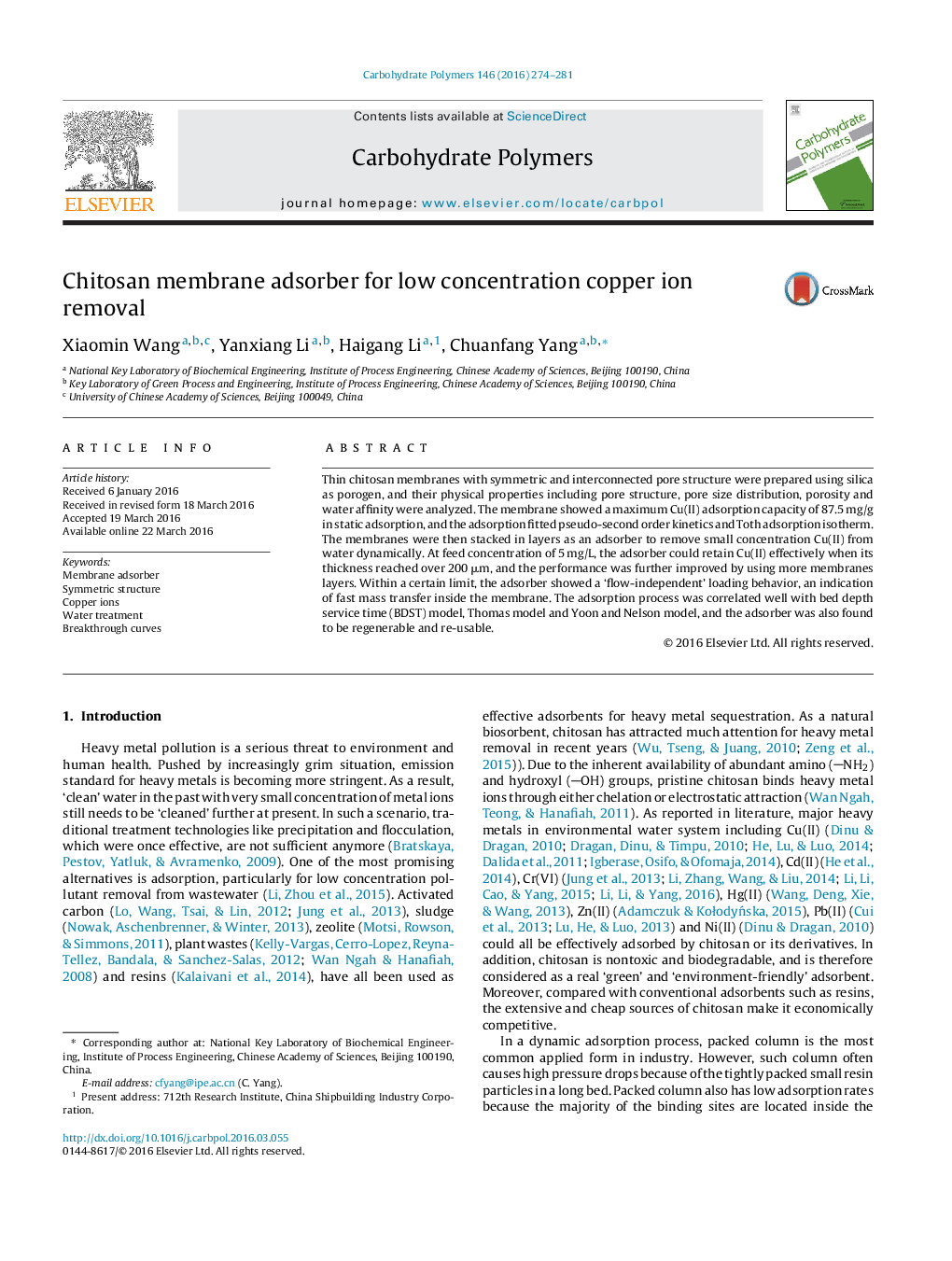 • Thin chitosan membranes with symmetric and interconnected pore structure were prepared by an easy immersion-precipitation method using silica as porogen.
• Cu(II) adsorption onto the membrane has pseudo-second order kinetics and Toth isotherm.
• The performance of the adsorber was thickness dependent but flow rate independent.
• The regeneration of the adsorber is simple and easy for multiple-use.
• BDST and Thomas models derived for packed columns are also applicable to the membrane adsorber.

Thin chitosan membranes with symmetric and interconnected pore structure were prepared using silica as porogen, and their physical properties including pore structure, pore size distribution, porosity and water affinity were analyzed. The membrane showed a maximum Cu(II) adsorption capacity of 87.5 mg/g in static adsorption, and the adsorption fitted pseudo-second order kinetics and Toth adsorption isotherm. The membranes were then stacked in layers as an adsorber to remove small concentration Cu(II) from water dynamically. At feed concentration of 5 mg/L, the adsorber could retain Cu(II) effectively when its thickness reached over 200 μm, and the performance was further improved by using more membranes layers. Within a certain limit, the adsorber showed a ‘flow-independent’ loading behavior, an indication of fast mass transfer inside the membrane. The adsorption process was correlated well with bed depth service time (BDST) model, Thomas model and Yoon and Nelson model, and the adsorber was also found to be regenerable and re-usable.