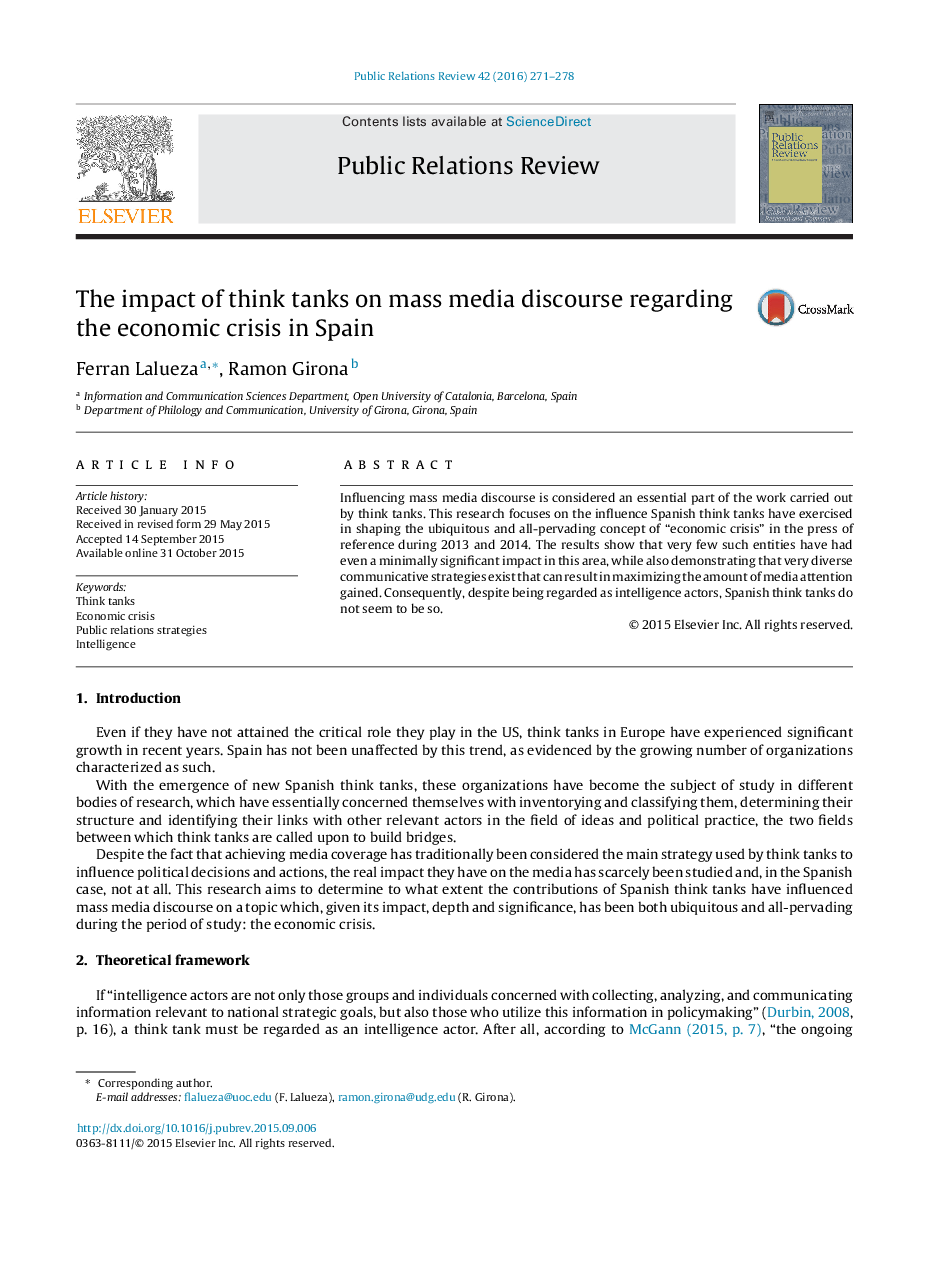 • The media analyzed alluded to one of the 27 think tanks in 1997 journalistic pieces.
• Few Spanish think tanks have a significant impact on media discourse on the economic crisis.
• Identifying a specific thematic niche, and appropriating it, is a productive strategy.
• Some atypical think tanks achieve more impact from what they do than what they say.

Influencing mass media discourse is considered an essential part of the work carried out by think tanks. This research focuses on the influence Spanish think tanks have exercised in shaping the ubiquitous and all-pervading concept of “economic crisis” in the press of reference during 2013 and 2014. The results show that very few such entities have had even a minimally significant impact in this area, while also demonstrating that very diverse communicative strategies exist that can result in maximizing the amount of media attention gained. Consequently, despite being regarded as intelligence actors, Spanish think tanks do not seem to be so.