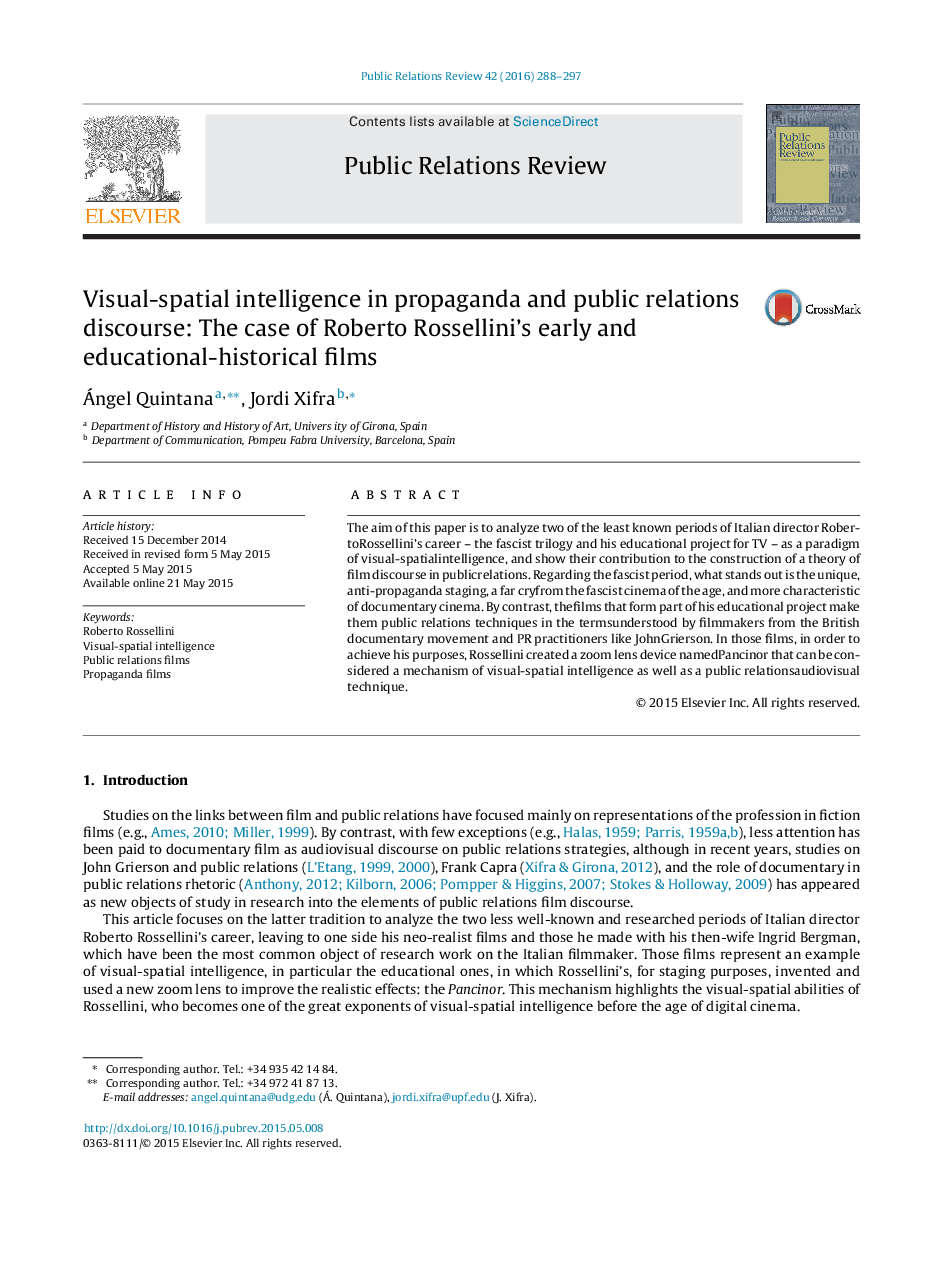 • Roberto Rossellini filmmaking is a model of visual-spatial intelligence.
• Rossellini’s propaganda films were made under non-propagandistic schemes of staging.
• Rossellini’s educatory films are a good example of PR films.
• Rossellini’s Pancinor can be considered a PR visual technique.

The aim of this paper is to analyze two of the least known periods of Italian director RobertoRossellini’s career – the fascist trilogy and his educational project for TV – as a paradigm of visual-spatialintelligence, and show their contribution to the construction of a theory of film discourse in publicrelations. Regarding the fascist period, what stands out is the unique, anti-propaganda staging, a far cryfrom the fascist cinema of the age, and more characteristic of documentary cinema. By contrast, thefilms that form part of his educational project make them public relations techniques in the termsunderstood by filmmakers from the British documentary movement and PR practitioners like JohnGrierson. In those films, in order to achieve his purposes, Rossellini created a zoom lens device namedPancinor that can be considered a mechanism of visual-spatial intelligence as well as a public relationsaudiovisual technique.