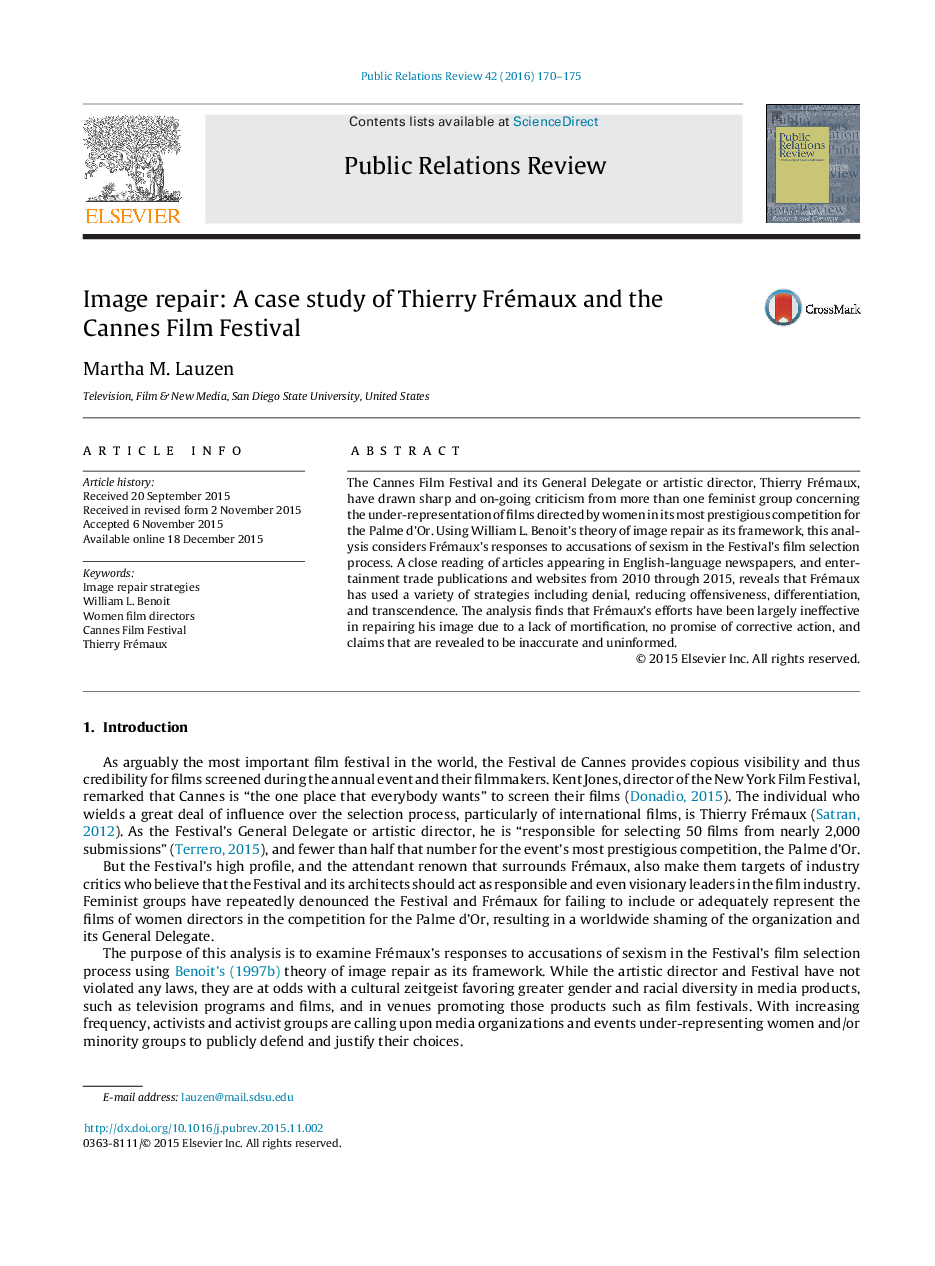 The Cannes Film Festival and its General Delegate or artistic director, Thierry Frémaux, have drawn sharp and on-going criticism from more than one feminist group concerning the under-representation of films directed by women in its most prestigious competition for the Palme d’Or. Using William L. Benoit’s theory of image repair as its framework, this analysis considers Frémaux’s responses to accusations of sexism in the Festival’s film selection process. A close reading of articles appearing in English-language newspapers, and entertainment trade publications and websites from 2010 through 2015, reveals that Frémaux has used a variety of strategies including denial, reducing offensiveness, differentiation, and transcendence. The analysis finds that Frémaux's efforts have been largely ineffective in repairing his image due to a lack of mortification, no promise of corrective action, and claims that are revealed to be inaccurate and uninformed.