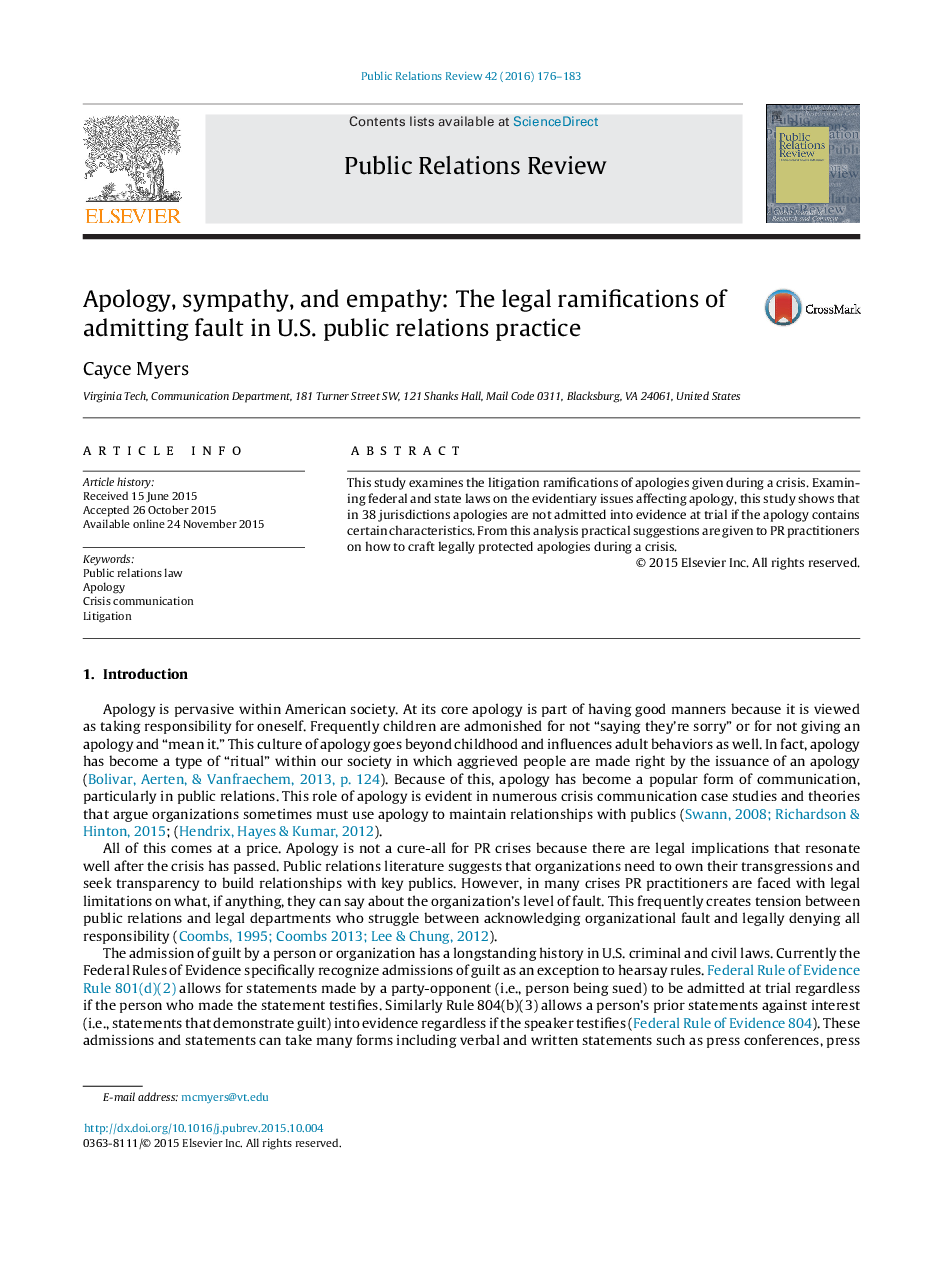 This study examines the litigation ramifications of apologies given during a crisis. Examining federal and state laws on the evidentiary issues affecting apology, this study shows that in 38 jurisdictions apologies are not admitted into evidence at trial if the apology contains certain characteristics. From this analysis practical suggestions are given to PR practitioners on how to craft legally protected apologies during a crisis.