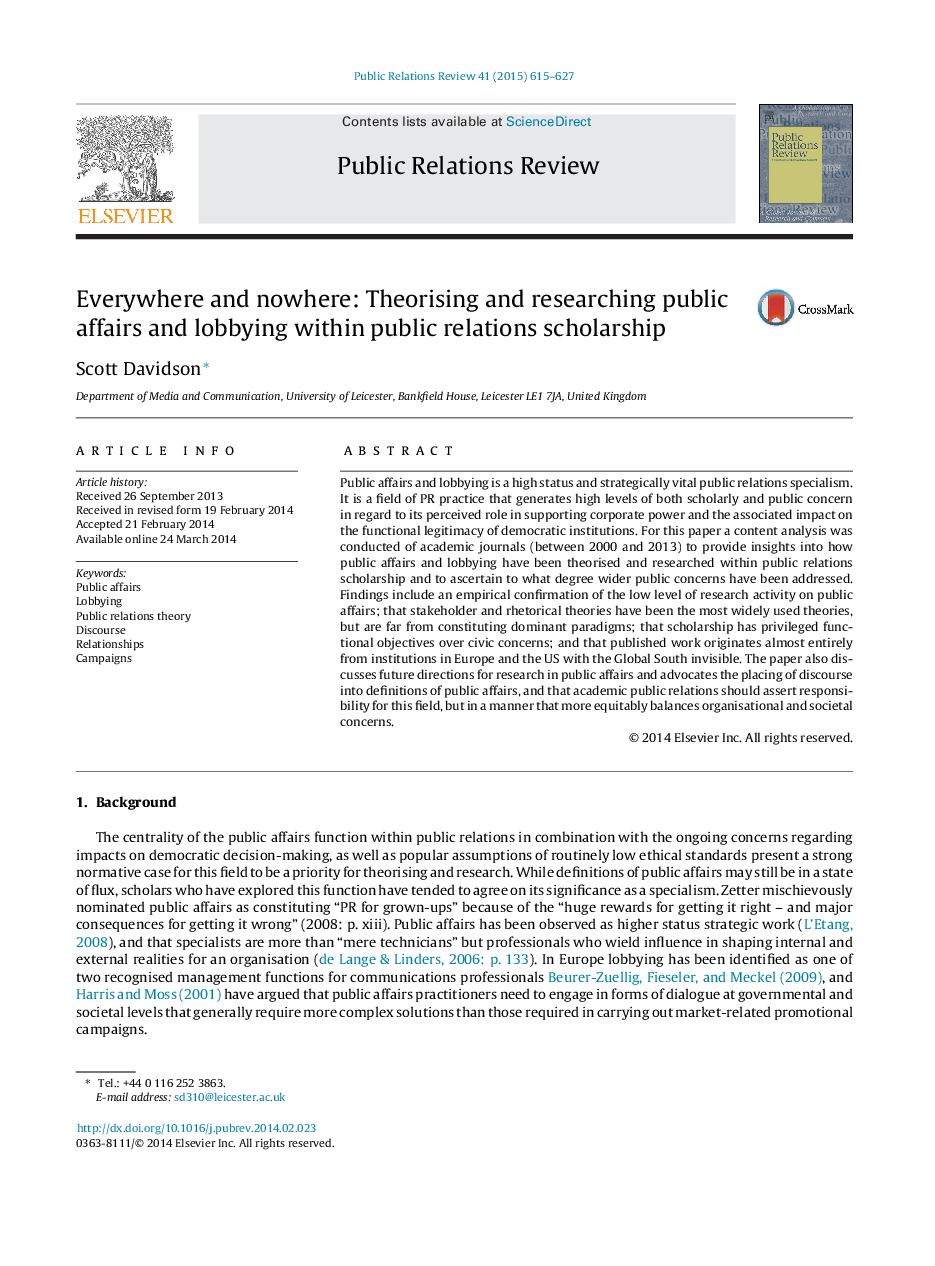 • Analyses how public affairs and lobbying have been theorised within PR scholarship.
• A content analysis of academic journal articles was conducted (N = 104).
• Stakeholder and rhetorical theories were the most widely used theories.
• Articles analysed privileged functional objectives over civic concerns.
• Proposes a new definition of public affairs.

Public affairs and lobbying is a high status and strategically vital public relations specialism. It is a field of PR practice that generates high levels of both scholarly and public concern in regard to its perceived role in supporting corporate power and the associated impact on the functional legitimacy of democratic institutions. For this paper a content analysis was conducted of academic journals (between 2000 and 2013) to provide insights into how public affairs and lobbying have been theorised and researched within public relations scholarship and to ascertain to what degree wider public concerns have been addressed. Findings include an empirical confirmation of the low level of research activity on public affairs; that stakeholder and rhetorical theories have been the most widely used theories, but are far from constituting dominant paradigms; that scholarship has privileged functional objectives over civic concerns; and that published work originates almost entirely from institutions in Europe and the US with the Global South invisible. The paper also discusses future directions for research in public affairs and advocates the placing of discourse into definitions of public affairs, and that academic public relations should assert responsibility for this field, but in a manner that more equitably balances organisational and societal concerns.