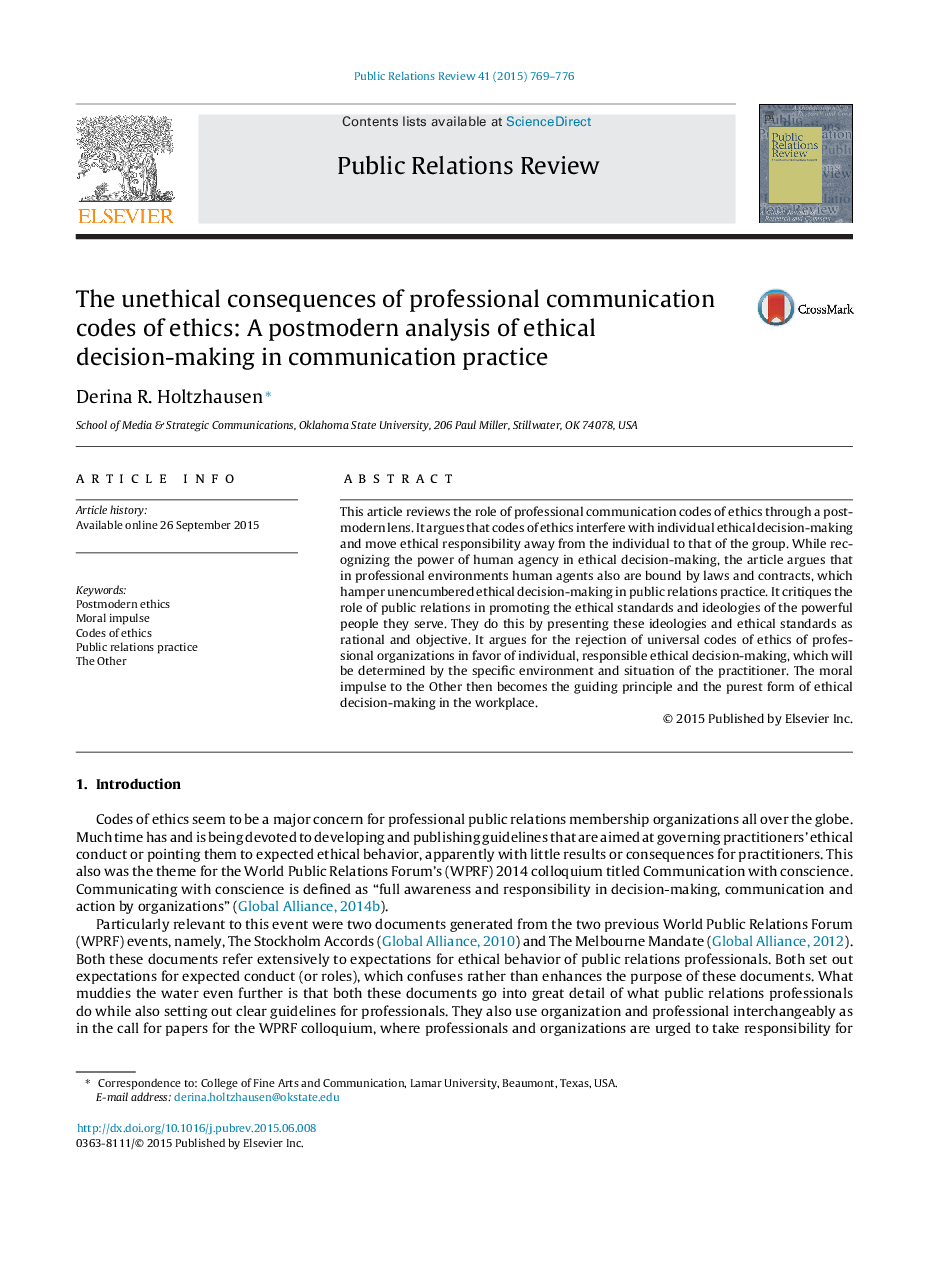 • Professional codes of ethics are only useful as a statement of intent to practice communication ethically.
• They cannot be enforced and are unclear in that they confuse practitioner roles with ethics.
• The universality of codes of ethics cannot provide ethical guidelines for the nuanced and situational nature of communication practice in the 21st century.
• Codes of ethics relieve practitioners from the need to take personal responsibility for their ethical decision-making.
• Practitioners should allow the Other to activate their moral impulse and react accordingly.