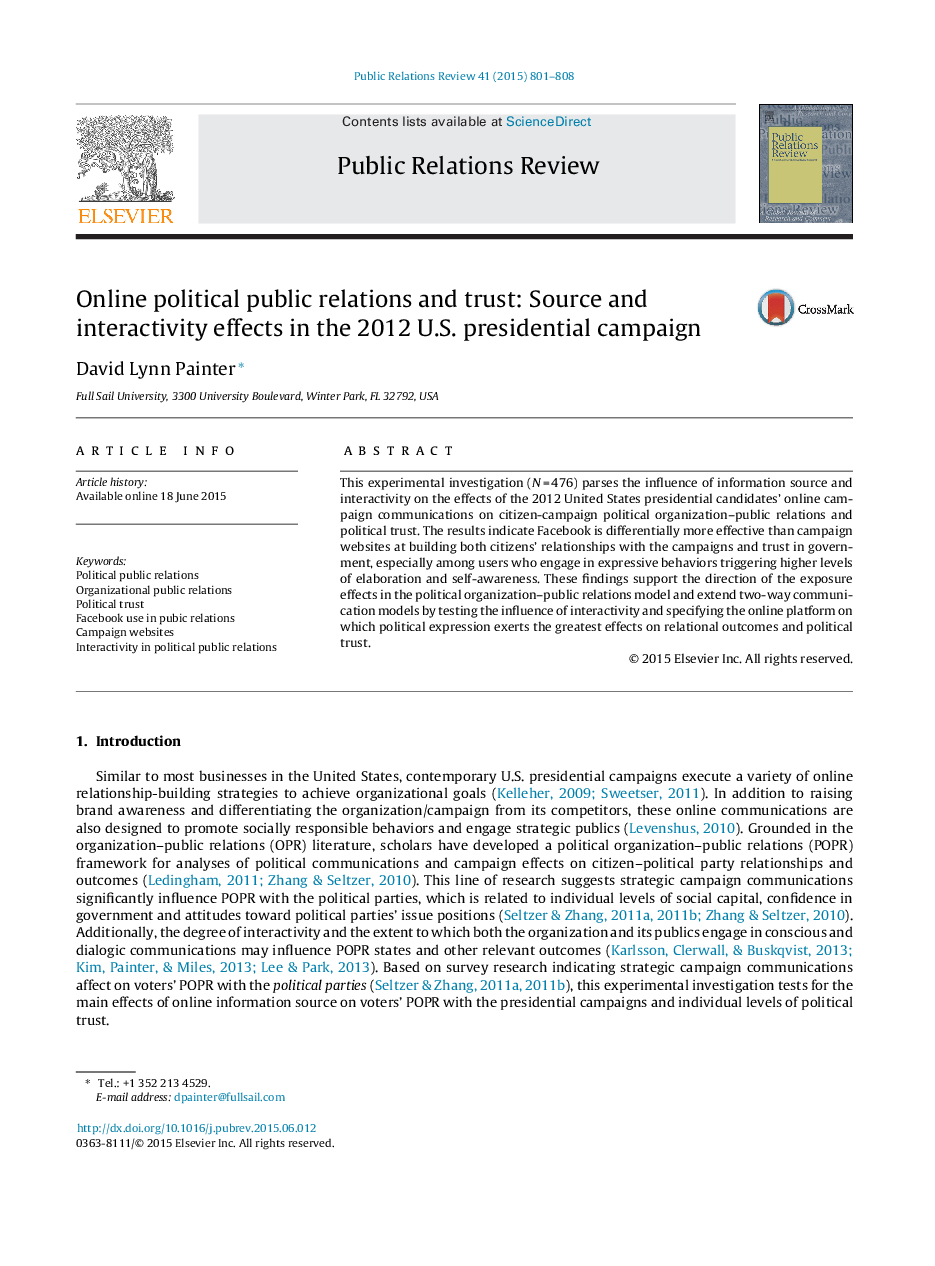 This experimental investigation (N = 476) parses the influence of information source and interactivity on the effects of the 2012 United States presidential candidates’ online campaign communications on citizen-campaign political organization–public relations and political trust. The results indicate Facebook is differentially more effective than campaign websites at building both citizens’ relationships with the campaigns and trust in government, especially among users who engage in expressive behaviors triggering higher levels of elaboration and self-awareness. These findings support the direction of the exposure effects in the political organization–public relations model and extend two-way communication models by testing the influence of interactivity and specifying the online platform on which political expression exerts the greatest effects on relational outcomes and political trust.