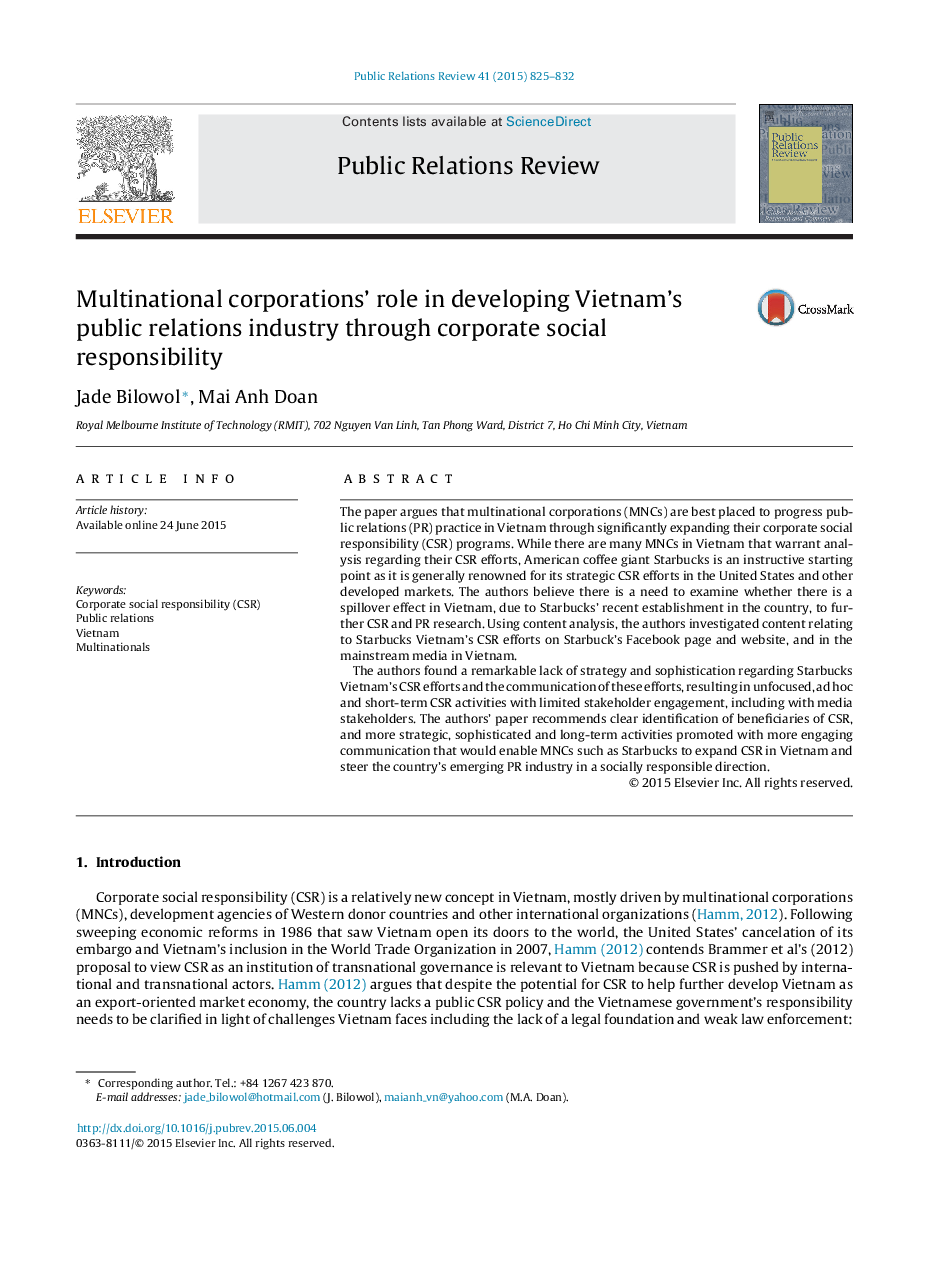 • Multinational corporations (MNCs) best placed to progress public relations in Vietnam via corporate social responsibility (CSR).
• Remarkable lack of strategy and sophistication pervades Starbucks Vietnam's CSR efforts and communication of these efforts.
• Starbucks Vietnam's case of less focused CSR efforts compared to other markets not isolated to Vietnam or Starbucks.
• Further research into other MNCs' CSR efforts in other regions and countries is needed.
• MNCs are more likely to adopt CSR to reflect the country of operation's profile rather than a company's country of origin.

The paper argues that multinational corporations (MNCs) are best placed to progress public relations (PR) practice in Vietnam through significantly expanding their corporate social responsibility (CSR) programs. While there are many MNCs in Vietnam that warrant analysis regarding their CSR efforts, American coffee giant Starbucks is an instructive starting point as it is generally renowned for its strategic CSR efforts in the United States and other developed markets. The authors believe there is a need to examine whether there is a spillover effect in Vietnam, due to Starbucks’ recent establishment in the country, to further CSR and PR research. Using content analysis, the authors investigated content relating to Starbucks Vietnam's CSR efforts on Starbuck's Facebook page and website, and in the mainstream media in Vietnam.The authors found a remarkable lack of strategy and sophistication regarding Starbucks Vietnam's CSR efforts and the communication of these efforts, resulting in unfocused, ad hoc and short-term CSR activities with limited stakeholder engagement, including with media stakeholders. The authors’ paper recommends clear identification of beneficiaries of CSR, and more strategic, sophisticated and long-term activities promoted with more engaging communication that would enable MNCs such as Starbucks to expand CSR in Vietnam and steer the country's emerging PR industry in a socially responsible direction.