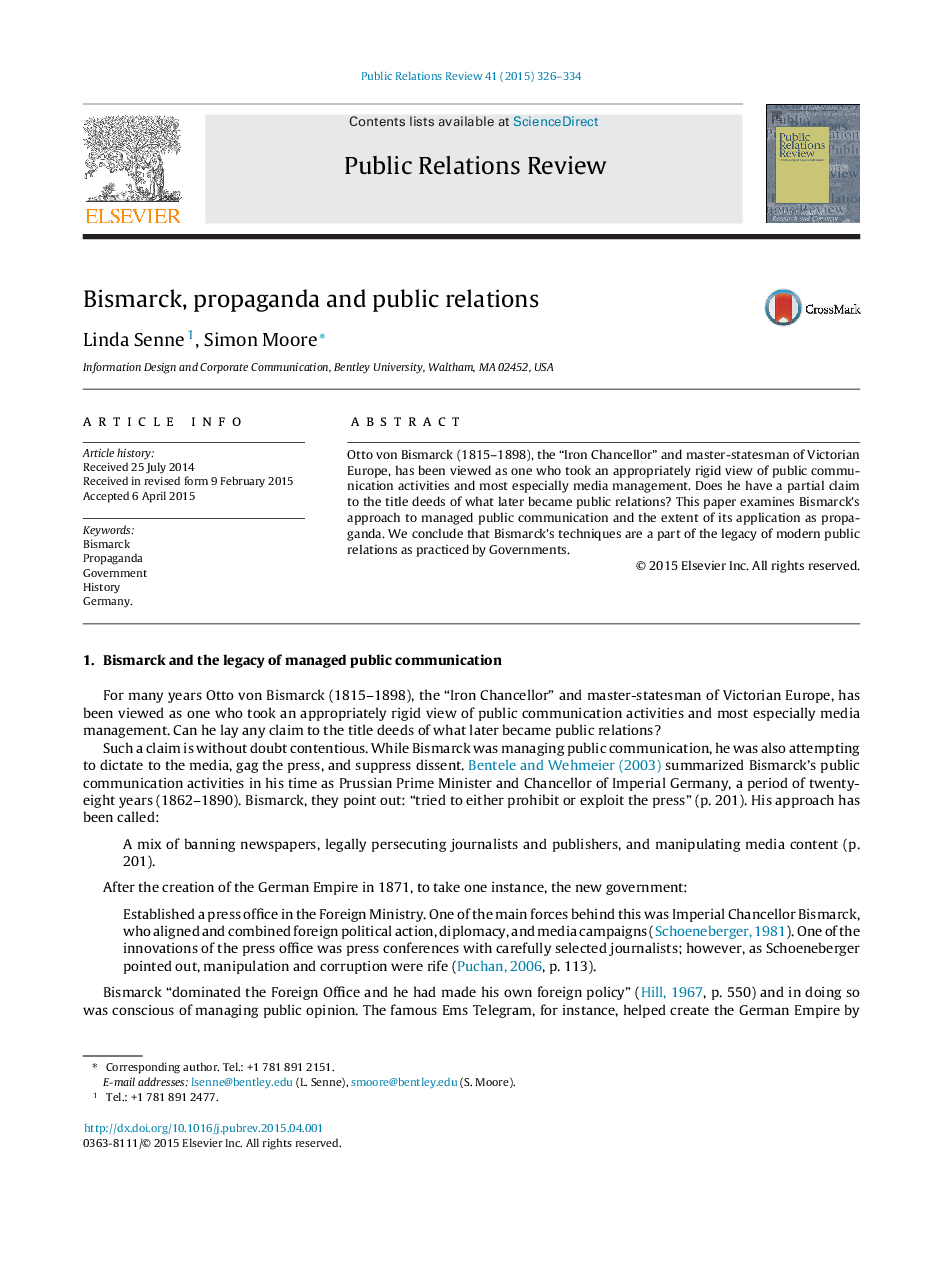 • We examine the often-controversial ways in which German Chancellor Otto von Bismarck managed the media.
• We investigate what his approaches have contributed to the inheritance of public relations.
• We conclude that Bismarck's approach to managing public communication does not wholly justify being described as totalitarian propaganda.
• The study of Bismarck's media management is important to anyone interested in public relations, and its relationship with state propaganda.

Otto von Bismarck (1815–1898), the “Iron Chancellor” and master-statesman of Victorian Europe, has been viewed as one who took an appropriately rigid view of public communication activities and most especially media management. Does he have a partial claim to the title deeds of what later became public relations? This paper examines Bismarck's approach to managed public communication and the extent of its application as propaganda. We conclude that Bismarck's techniques are a part of the legacy of modern public relations as practiced by Governments.