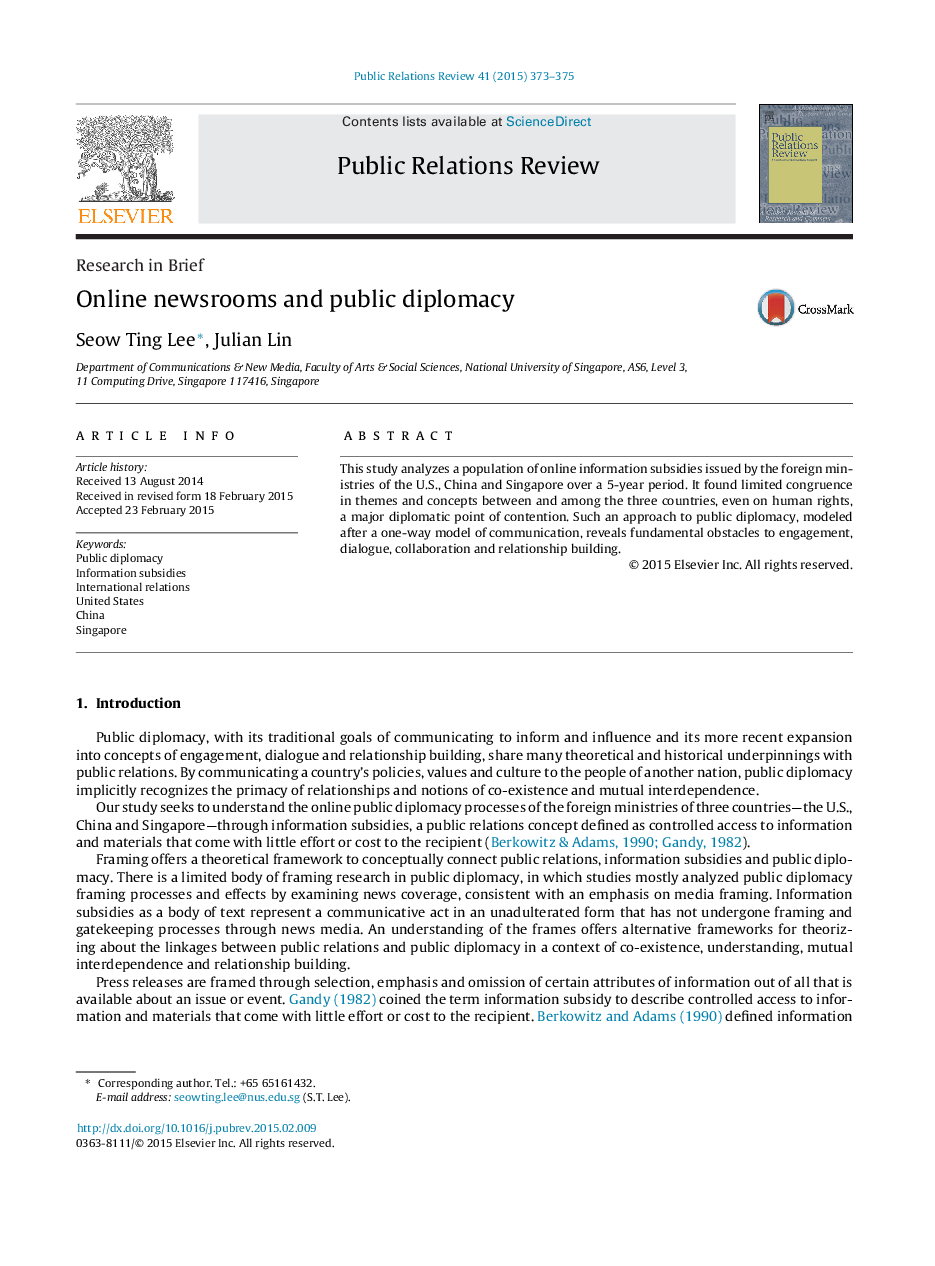 • We examined 13,714 public diplomacy texts from the U.S., China and Singapore.
• Limited thematic and conceptual congruence found among the three countries.
• Findings suggest modeling of public diplomacy on one-way communication.

This study analyzes a population of online information subsidies issued by the foreign ministries of the U.S., China and Singapore over a 5-year period. It found limited congruence in themes and concepts between and among the three countries, even on human rights, a major diplomatic point of contention. Such an approach to public diplomacy, modeled after a one-way model of communication, reveals fundamental obstacles to engagement, dialogue, collaboration and relationship building.