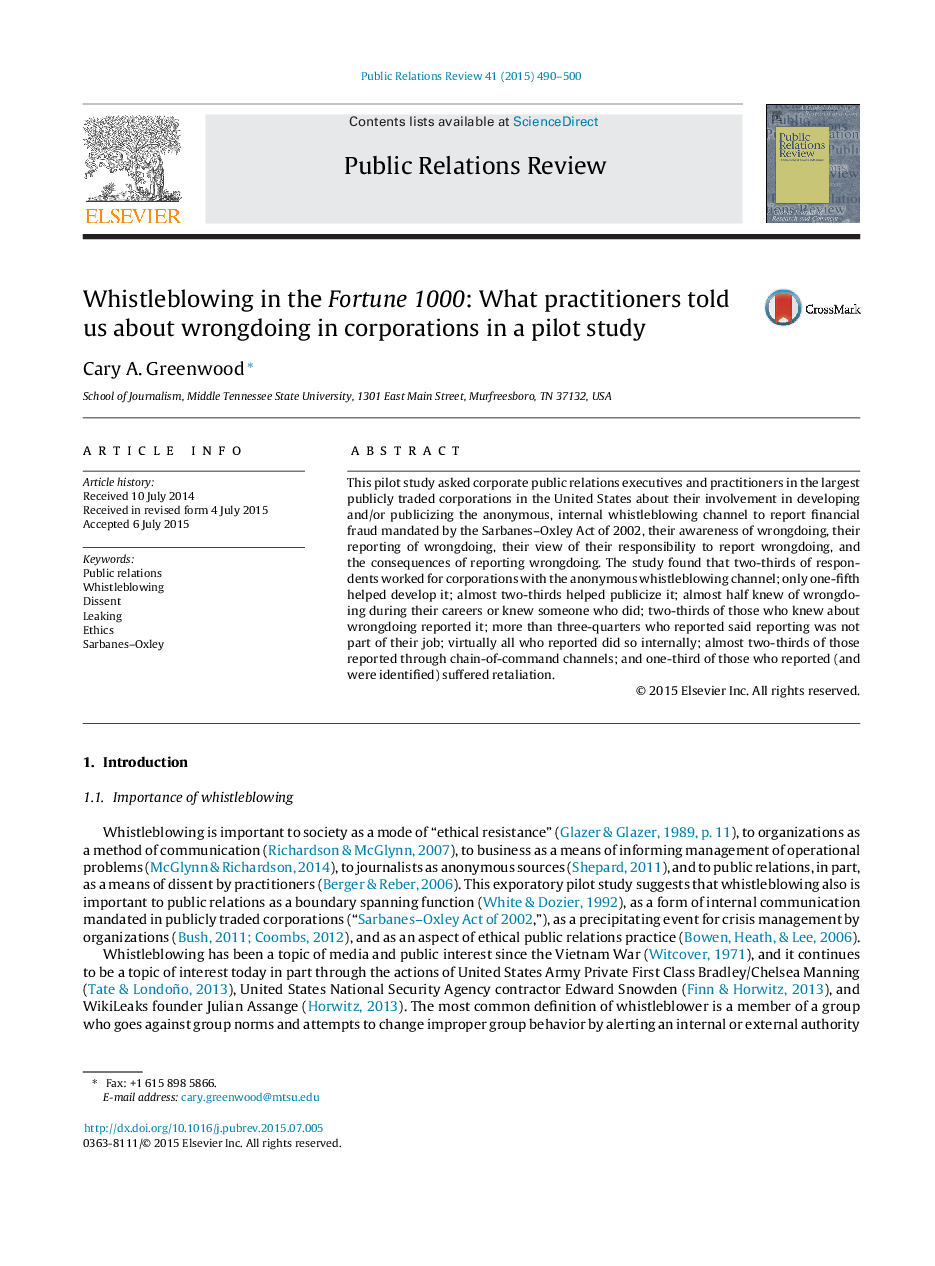 This pilot study asked corporate public relations executives and practitioners in the largest publicly traded corporations in the United States about their involvement in developing and/or publicizing the anonymous, internal whistleblowing channel to report financial fraud mandated by the Sarbanes–Oxley Act of 2002, their awareness of wrongdoing, their reporting of wrongdoing, their view of their responsibility to report wrongdoing, and the consequences of reporting wrongdoing. The study found that two-thirds of respondents worked for corporations with the anonymous whistleblowing channel; only one-fifth helped develop it; almost two-thirds helped publicize it; almost half knew of wrongdoing during their careers or knew someone who did; two-thirds of those who knew about wrongdoing reported it; more than three-quarters who reported said reporting was not part of their job; virtually all who reported did so internally; almost two-thirds of those reported through chain-of-command channels; and one-third of those who reported (and were identified) suffered retaliation.