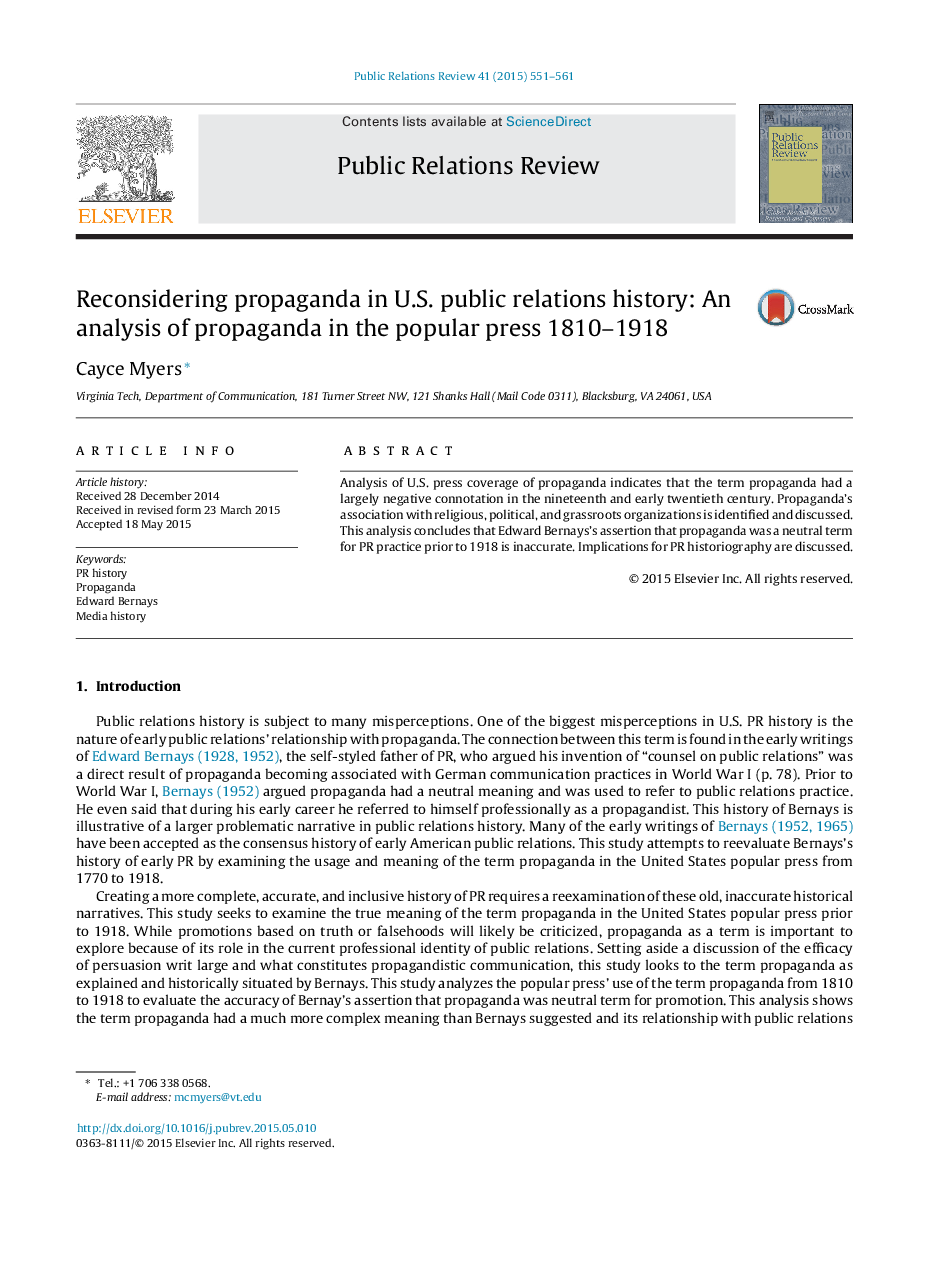 Analysis of U.S. press coverage of propaganda indicates that the term propaganda had a largely negative connotation in the nineteenth and early twentieth century. Propaganda’s association with religious, political, and grassroots organizations is identified and discussed. This analysis concludes that Edward Bernays’s assertion that propaganda was a neutral term for PR practice prior to 1918 is inaccurate. Implications for PR historiography are discussed.