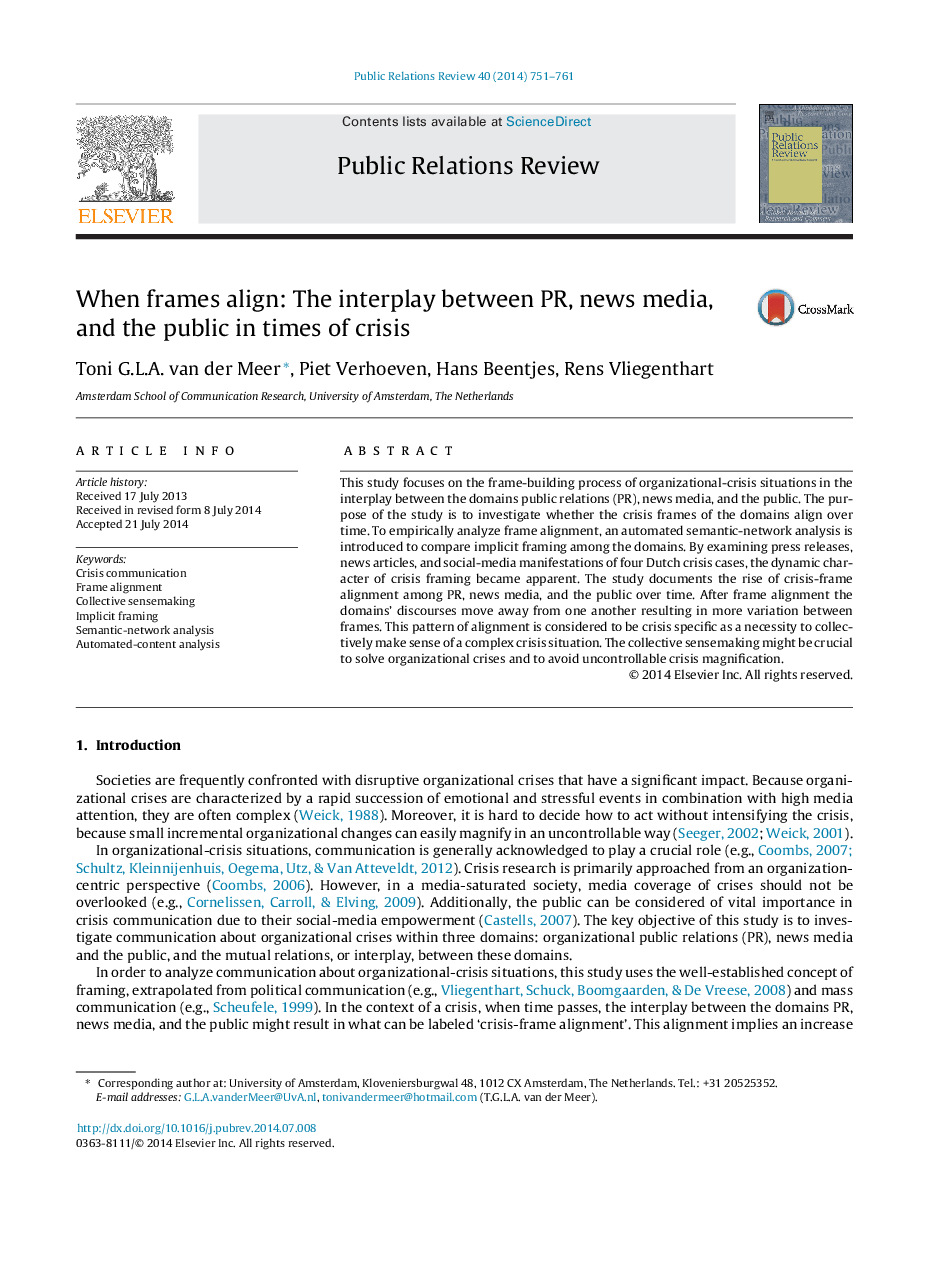 This study focuses on the frame-building process of organizational-crisis situations in the interplay between the domains public relations (PR), news media, and the public. The purpose of the study is to investigate whether the crisis frames of the domains align over time. To empirically analyze frame alignment, an automated semantic-network analysis is introduced to compare implicit framing among the domains. By examining press releases, news articles, and social-media manifestations of four Dutch crisis cases, the dynamic character of crisis framing became apparent. The study documents the rise of crisis-frame alignment among PR, news media, and the public over time. After frame alignment the domains’ discourses move away from one another resulting in more variation between frames. This pattern of alignment is considered to be crisis specific as a necessity to collectively make sense of a complex crisis situation. The collective sensemaking might be crucial to solve organizational crises and to avoid uncontrollable crisis magnification.