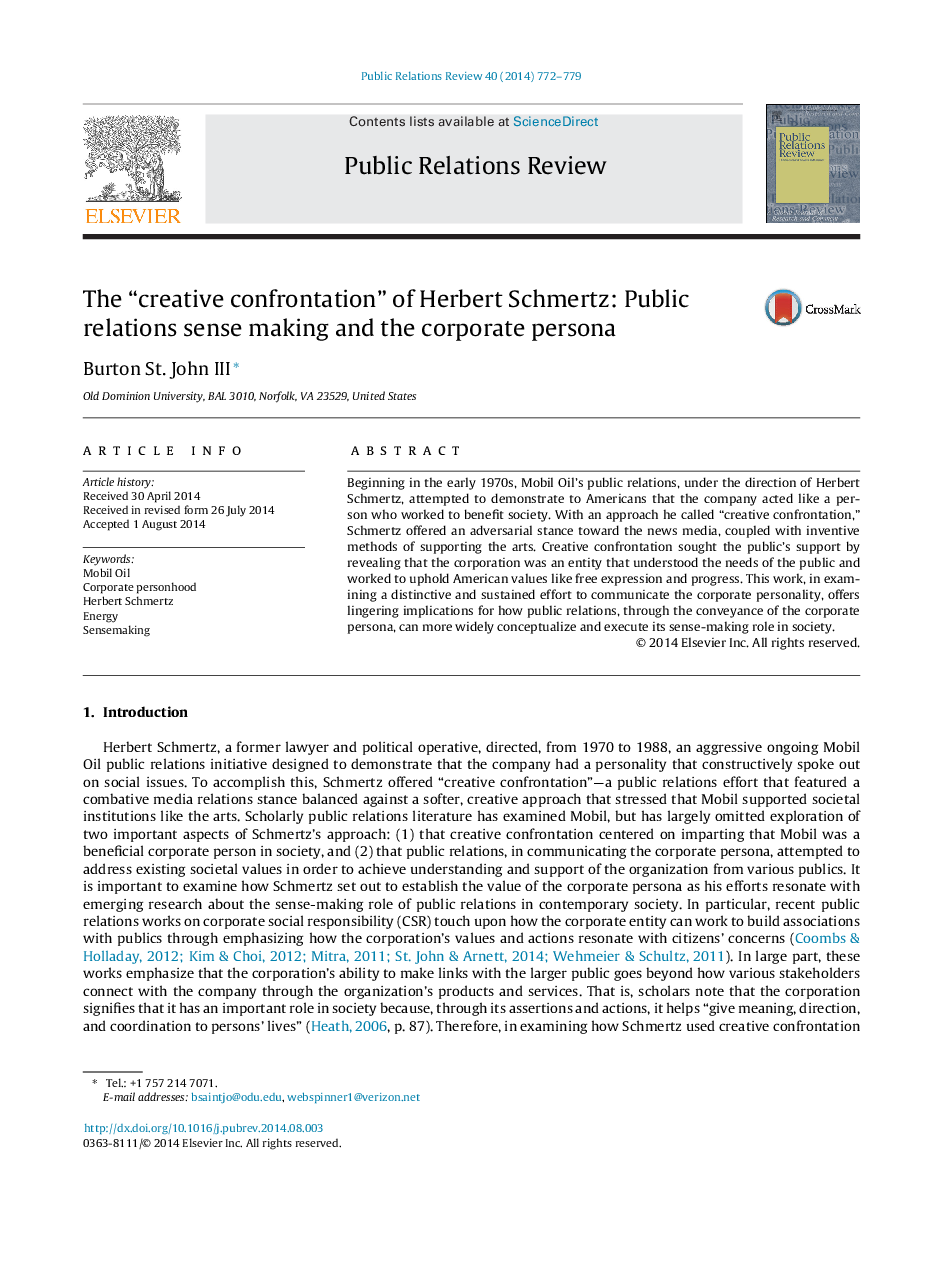 • Mobil Oil attempted, through creative confrontation, to establish to the public that it was a constructive corporate person.
• Creative confrontation involved both an aggressive stance with the news media balanced against a disarming, highly visible support of the arts.
• Communicating the corporate persona in a pluralistic society presents lingering challenges for public relations.

Beginning in the early 1970s, Mobil Oil's public relations, under the direction of Herbert Schmertz, attempted to demonstrate to Americans that the company acted like a person who worked to benefit society. With an approach he called “creative confrontation,” Schmertz offered an adversarial stance toward the news media, coupled with inventive methods of supporting the arts. Creative confrontation sought the public's support by revealing that the corporation was an entity that understood the needs of the public and worked to uphold American values like free expression and progress. This work, in examining a distinctive and sustained effort to communicate the corporate personality, offers lingering implications for how public relations, through the conveyance of the corporate persona, can more widely conceptualize and execute its sense-making role in society.