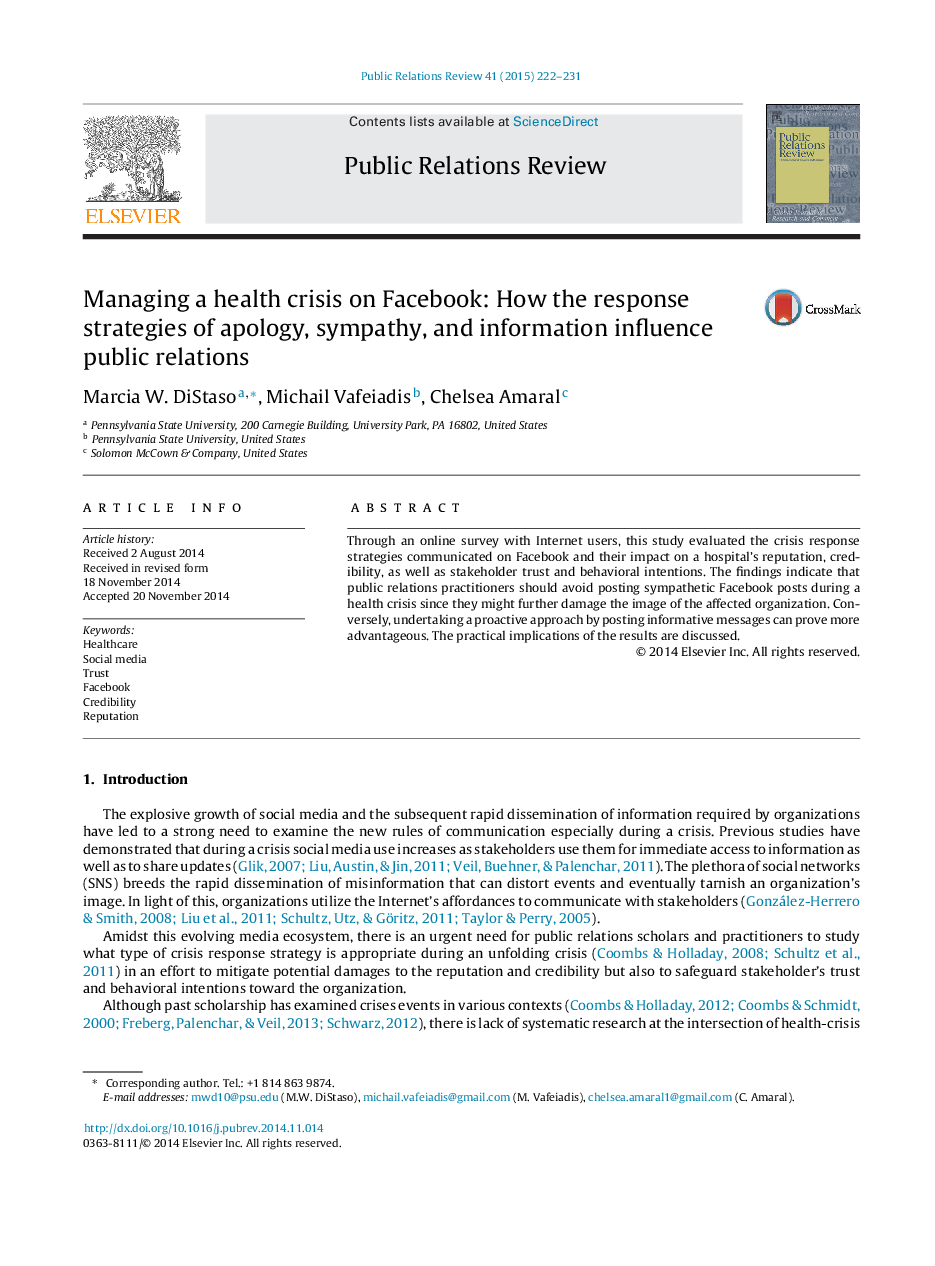 • The crisis strategy of sympathy resulted in lower post-crisis trust and reputation evaluations than the conditions of information and apology.
• Stakeholders who received an information message were more likely to share it, seek additional information, and return to the hospital than those who received the sympathy or apology responses.
• How crisis responses are received in social media are different than past research has shown with traditional media.

Through an online survey with Internet users, this study evaluated the crisis response strategies communicated on Facebook and their impact on a hospital's reputation, credibility, as well as stakeholder trust and behavioral intentions. The findings indicate that public relations practitioners should avoid posting sympathetic Facebook posts during a health crisis since they might further damage the image of the affected organization. Conversely, undertaking a proactive approach by posting informative messages can prove more advantageous. The practical implications of the results are discussed.