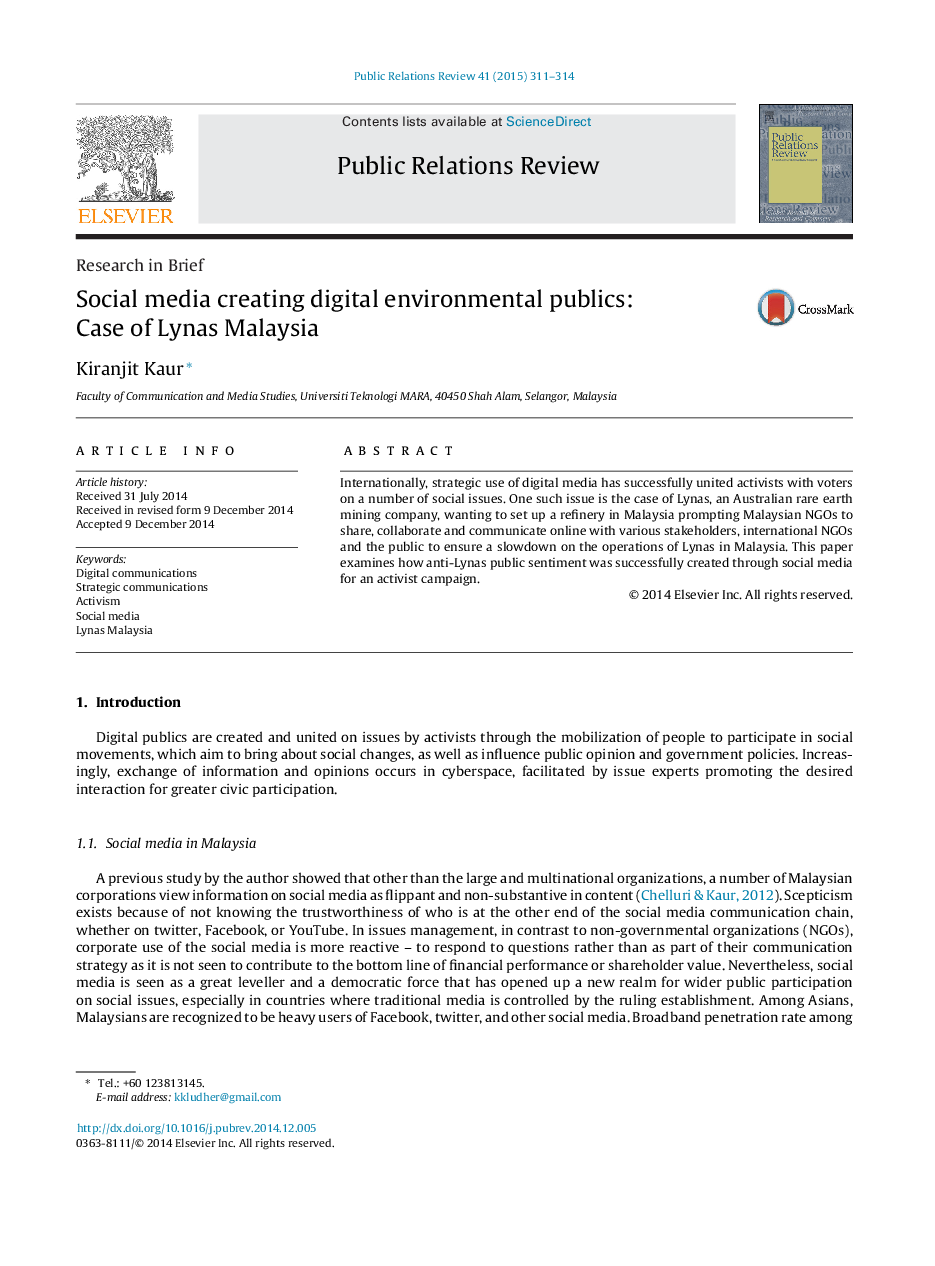 Internationally, strategic use of digital media has successfully united activists with voters on a number of social issues. One such issue is the case of Lynas, an Australian rare earth mining company, wanting to set up a refinery in Malaysia prompting Malaysian NGOs to share, collaborate and communicate online with various stakeholders, international NGOs and the public to ensure a slowdown on the operations of Lynas in Malaysia. This paper examines how anti-Lynas public sentiment was successfully created through social media for an activist campaign.