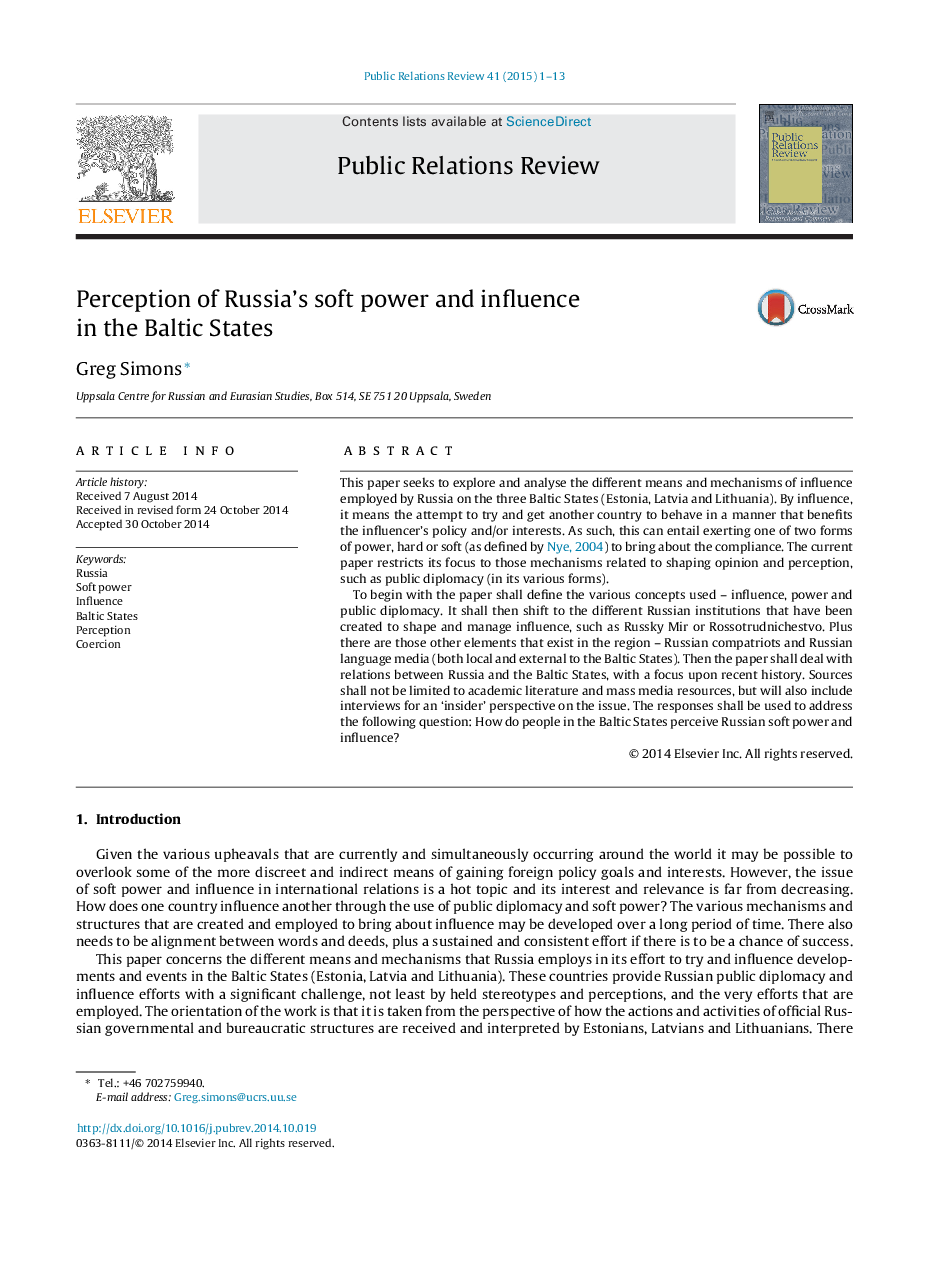 • Russian influence and soft power in the Baltic States is very unevenly distributed.
• Hard power and soft power are attempted simultaneously or in close proximity.
• Soft power appears to be targeted towards Russians and Russian speakers.
• Hard power more commonly used against the state.
• More research needed on understanding the context.

This paper seeks to explore and analyse the different means and mechanisms of influence employed by Russia on the three Baltic States (Estonia, Latvia and Lithuania). By influence, it means the attempt to try and get another country to behave in a manner that benefits the influencer's policy and/or interests. As such, this can entail exerting one of two forms of power, hard or soft (as defined by Nye, 2004) to bring about the compliance. The current paper restricts its focus to those mechanisms related to shaping opinion and perception, such as public diplomacy (in its various forms).To begin with the paper shall define the various concepts used – influence, power and public diplomacy. It shall then shift to the different Russian institutions that have been created to shape and manage influence, such as Russky Mir or Rossotrudnichestvo. Plus there are those other elements that exist in the region – Russian compatriots and Russian language media (both local and external to the Baltic States). Then the paper shall deal with relations between Russia and the Baltic States, with a focus upon recent history. Sources shall not be limited to academic literature and mass media resources, but will also include interviews for an ‘insider’ perspective on the issue. The responses shall be used to address the following question: How do people in the Baltic States perceive Russian soft power and influence?